Bryanston rider Safia W has celebrated a number of successes recently and is laying strong foundations for her future. 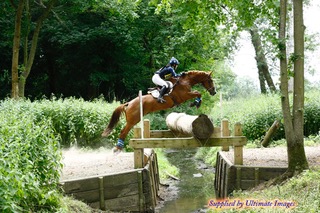 Safia has been riding for many years, following in the footsteps of her parents and grandmother. In October she competed in the FEI CIC** at Aldon and, together with her horse Moonbeg Boy (affectionately known as Podge), Safia not only competed against many adult professionals, but also successfully qualified for BE Advanced. For the next eventing season she will be focussing on the Junior European Trials and securing sponsorship.

In addition, Safia has been accepted on to the highly prestigious Hartpury Award in Sporting Excellence, which is aimed at riders who can be expected to achieve excellence. On completion the award is equivalent to a B at A level. 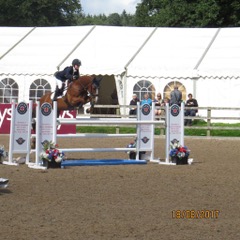 Safia’s success is down to her hard work and dedication as much as her equestrian skills as she juggles her riding commitments alongside working towards A levels in Biology, Chemistry and History. She is currently pre-applying to study Biomedical Sciences at university but deferring entry to focus on her riding next year.

Safia’s long-term goal is to become a professional three-day eventer and we look forward to hearing of her future riding successes.