On Friday 28 April we were both honoured and delighted to welcome Sir Ian McKellen to Bryanston. 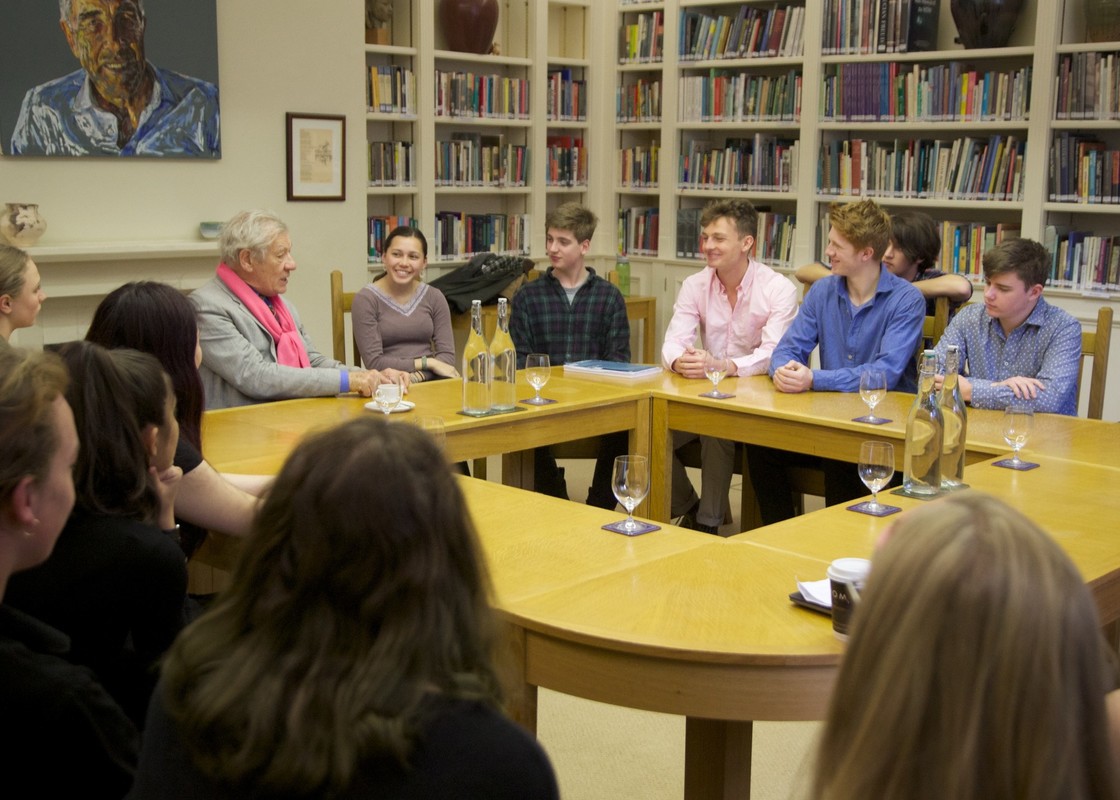 Although well known as one of our very finest Shakespearean and movie actors, Sir Ian  visited Bryanston to speak about his experiences growing up gay, in his capacity as one of Stonewall’s LGBT role models. Talking to a packed and spellbound Coade Hall, he recalled a time before homosexuality was decriminalised in the UK when it was invisible in society. He spoke movingly about his own journey to come out and oppose those laws which for so long discriminated against gay people, not only in the UK but also abroad, for example, lobbying Nelson Mandela to support a clause in the post-apartheid constitution of South Africa which made it illegal to discriminate against people on account of their sexual orientation. Members of the school’s pupil-led Equality Society also had the opportunity to meet with Sir Ian informally after his talk to share their perspectives on diversity, discussing the value and limitations of labels in society with regard to identity.

In 1989, Sir Ian and nine others were outraged by the introduction of Section 28, a piece of legislation (now thankfully a thing of the past) which made it illegal to ‘promote homosexuality’ or its ‘acceptability…as a pretended family relationship’ in schools, and they set up Stonewall (named after the famous riots in New York) to get it repealed. Now one of the largest LGBT rights organisations in Europe, this charity continues to campaign for legal and social equality for LGBT people. Two years ago, Bryanston joined Stonewall’s School Champions programme, which promotes best practice with regard to LGBT awareness and inclusion. In recognition of our efforts last year we received their bronze award and have recently submitted our application for the silver award.

Bryanston prides itself on being inclusive and nurturing the individual, whatever their gender identity and sexual orientation, and Friday’s visit was an important affirmation of the value of acceptance, and respect for difference and diversity.

You can see photos of Sir Ian's visit here.