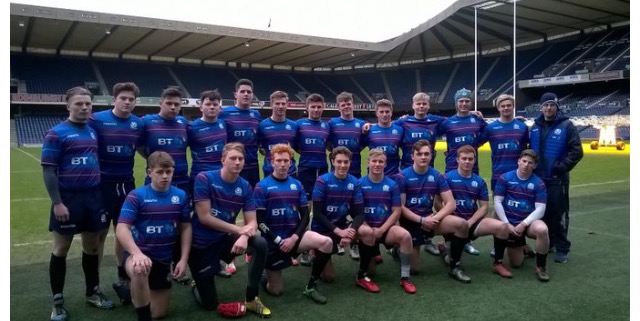 In their recent match against Home Based Scots at Murrayfield, Macauley put in a fine performance and scored at the home of Scottish rugby.

This weekend he will be in action again as Scottish Exiles take on Welsh Schoolboys, and again in April in the U18 home nations series.

We wish Macauley the best of sporting luck and look forward to following his progress.