This year's inter-house general knowledge quiz, using the same format as University Challenge, ended with a very competitive final in Friday's assembly in front of the whole school. 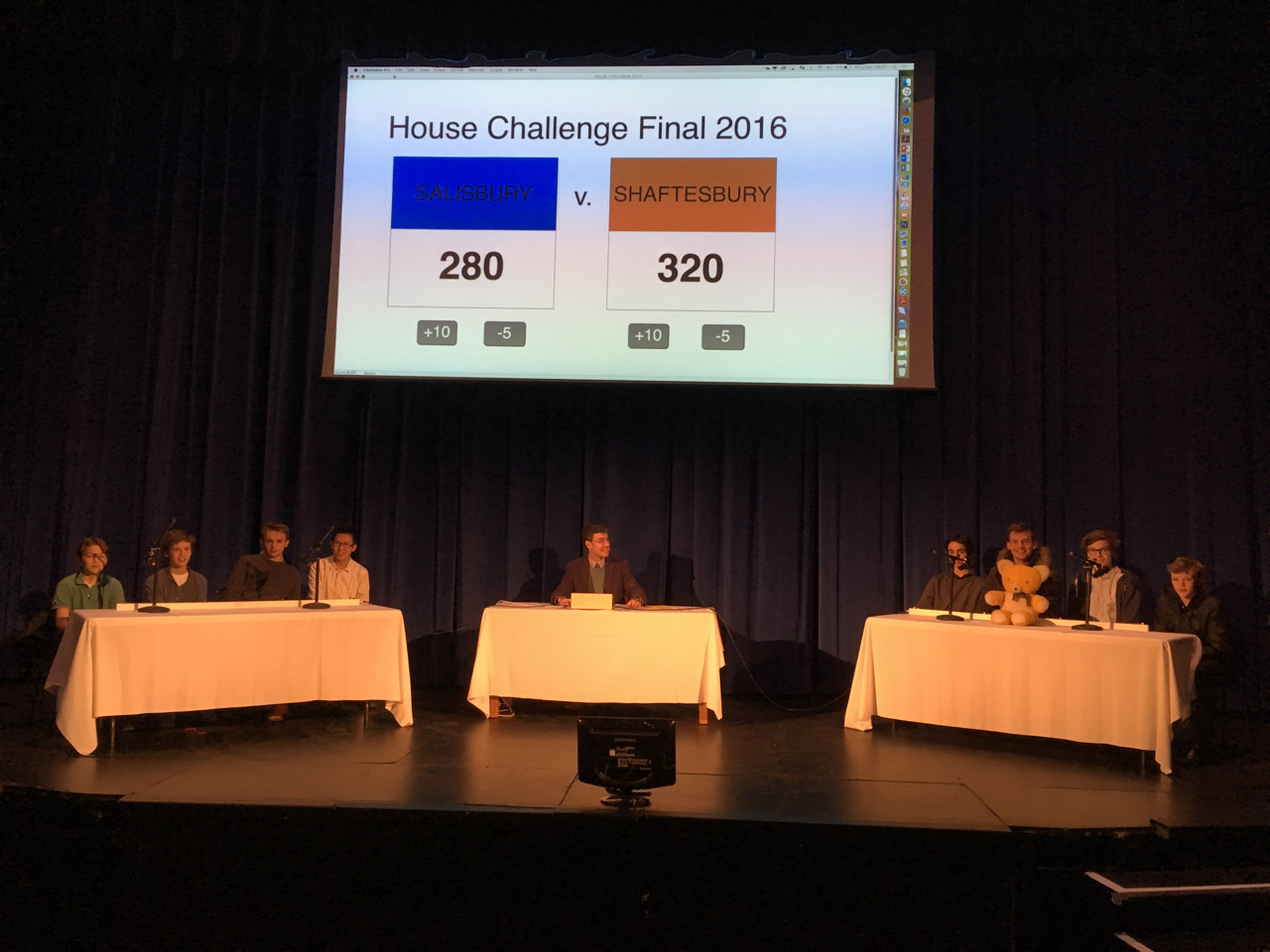 Salisbury and Shaftesbury were the finalists, having faced tough challenges in the semi-finals from Dorset and Connaught. Although both sides were evenly matched, and the lead was exchanged several times, Shaftesbury finally pulled a little ahead to finish on 320 points against Salisbury's 280.

Until the final two questions it could have gone either way, and in the end it turned on a series of bonus questions involving the word 'Guinea'!  Shaftesbury's team comprised George L, Luca S, Nick M and Charlie B; Salisbury were represented by Eric H, Oscar V, Ossian B and George P.  The question-master was Mr Charles Holland, who complimented both teams' range of knowledge, taking in an impressive spectrum from the sublime (the Northern Lights) to the ridiculous (Donald Trump's tweets)!