London Concert is an evening of outstanding Music

Marking the culmination of seven weeks' hard work at the beginning of the school year, the London Concert is a celebration of sheer talent that is being nurtured at Bryanston. 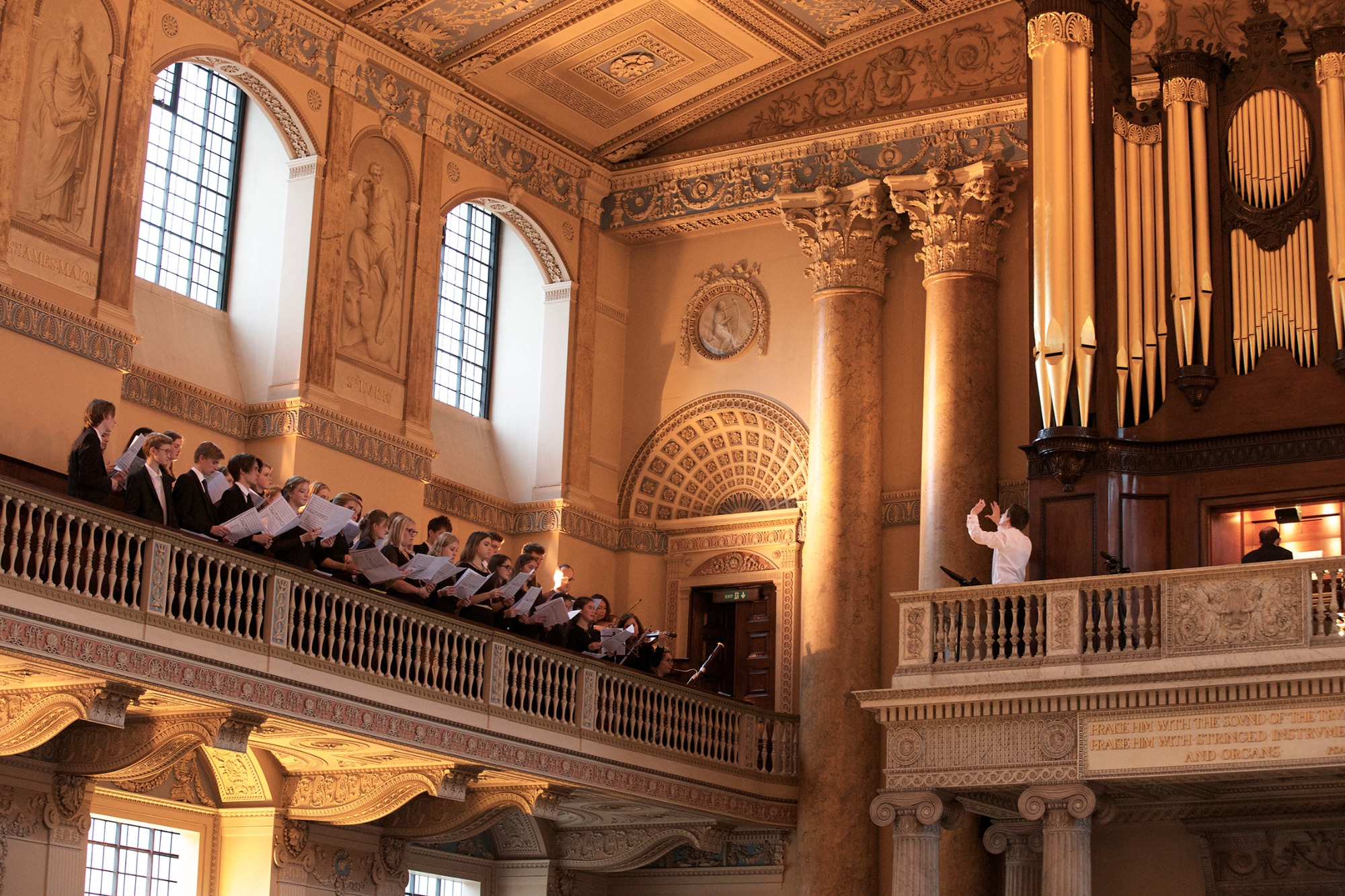 This year the Chapel at the Old Royal Naval College in Greenwich provided a truly magical backdrop in which to reflect on the star quality of the musicians and their ability to give a seemingly effortless set of professional performances.

The challenging opening orchestral pieces by Aaron Copland, titled The Tender Land Orchestral Suite, gave us a taste of adventure with a visit to the Wild West frontier and the excitement of the New World; the climax in the final movement was incredibly powerful. Fauré’s Après un Rêve led us into a dreamscape as Lotte T sang of romance in an orchestral setting that transported us to the age of impressionism. The String Chamber Orchestra piece Contemplation continued the feeling of serenity with a beautifully atmospheric piece by a remarkably young Russian composer. This was followed by a polished performance of the 3rd movement of Britten’s Simple Symphony. 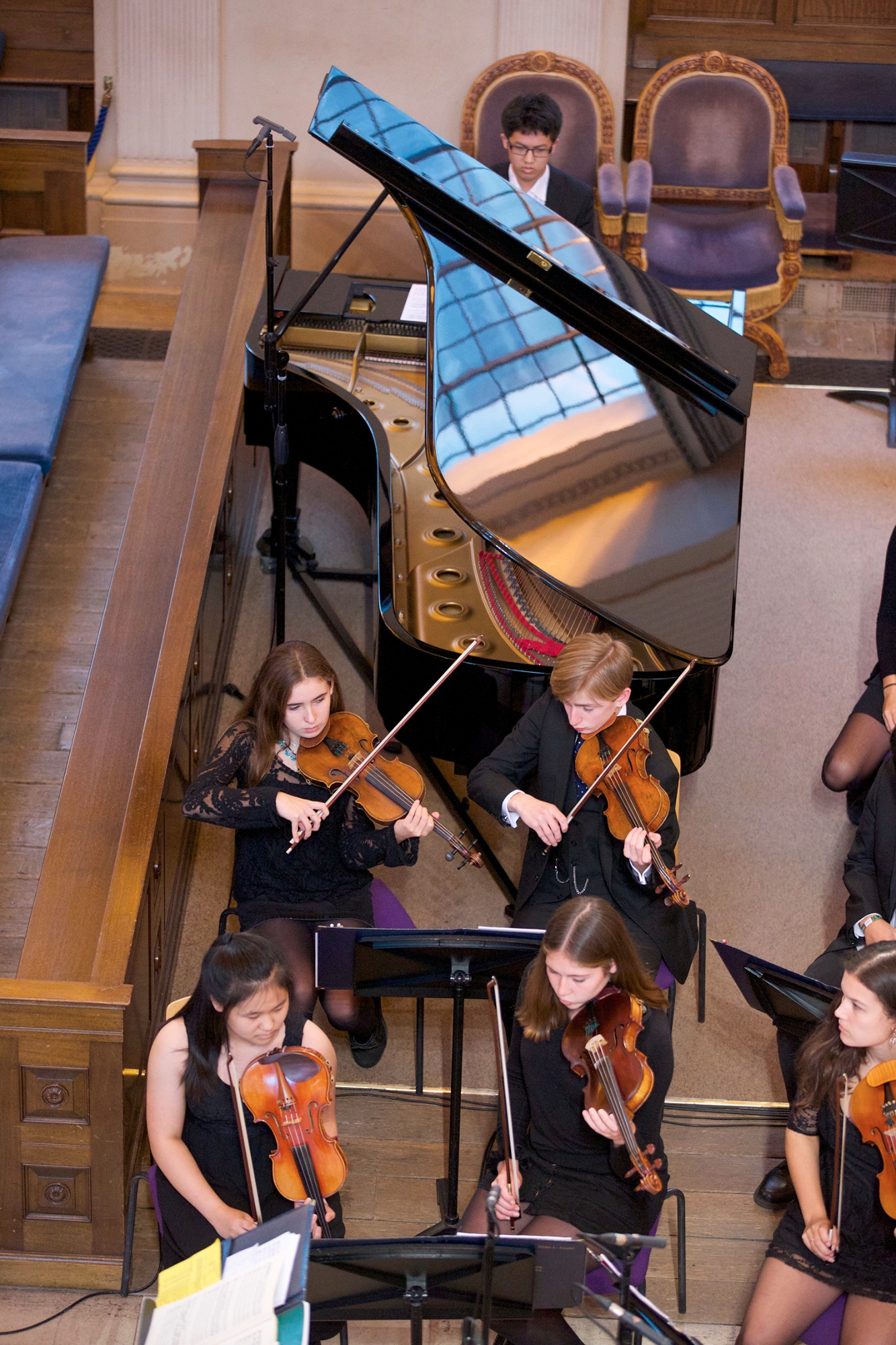 I have always made a point of sitting within sight of the keyboard when listening to a pianist perform; however, I hadn’t quite banked on being right next to it. Eric H’s performance of the Beethoven Piano Concerto No.3 in C minor is something I will never forget. If he was nervous he didn’t show it at all. His hands moved over the keyboard with confidence and fluidity, and he didn’t seem at all phased by having his audience quite so close!

The Chamber Choir pieces were exquisite – Victoria’s O quam gloriosum was sacred Renaissance at its best and Mozart’s Laudate Dominum was as breathtaking as the programme notes promised. The choir sang from the upstairs balcony and the soprano soloist Sumei BS soared above them with precision and purity. A memorable highlight of the evening.

Other solo performances which must be mentioned were Rory H’s performance of Colors on the trombone. This was an ambitious piece, and the orchestral re-arrangement, which was cleverly scored by Duncan Emerson, worked perfectly in providing an abstract palette from which Rory completed the picture. Sophia E’s performance of Cinema Paradiso was flamboyant and her love of music and the saxophone radiated through this piece and her tender lyrical playing. 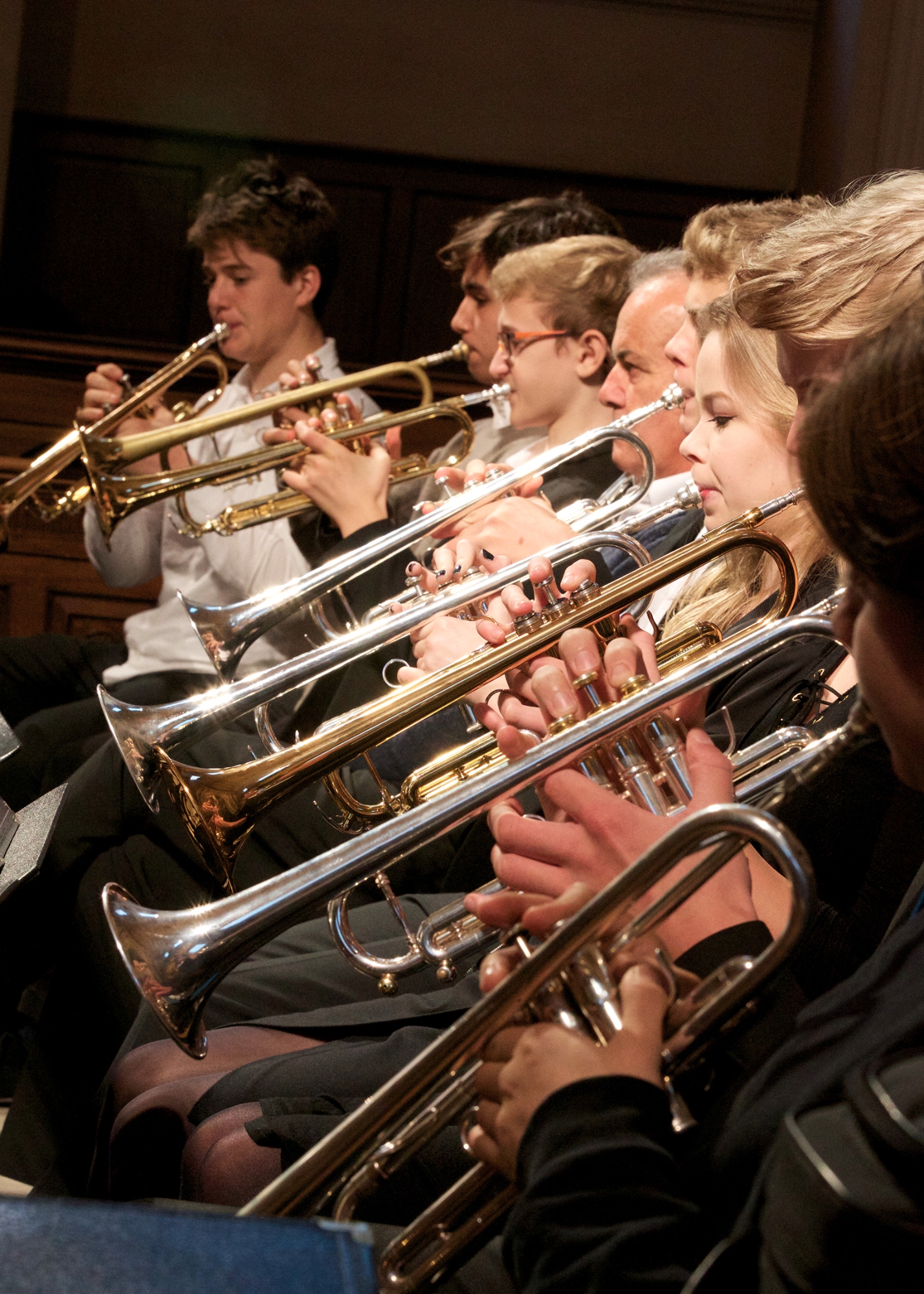 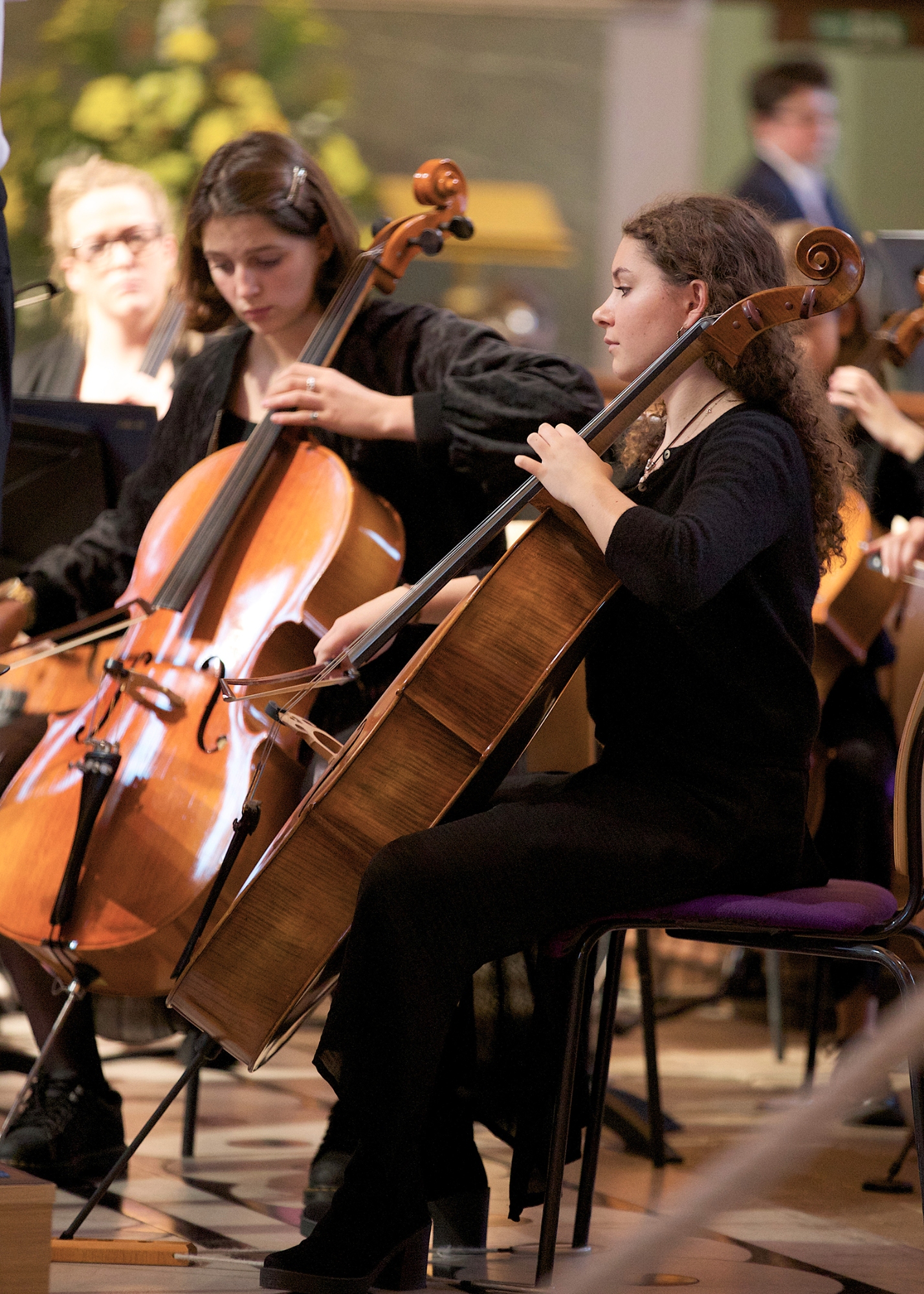 Allegri choir (which seems to be getting bigger and bigger with well over 100 pupils singing) ended the concert with two contrasting pieces: Stopford’s a cappella Ave Verum was beautiful and highly sensitive. The incredible finale was You Raise Me Up, arranged by the Director of Music once again, included strings (with a solo violin part brilliantly performed by Kate S), percussion and piano and they certainly achieved their goal of raising our spirits as they sang with their hearts. The other vocal soloists featured were Charlotte H, Ella V and James R. 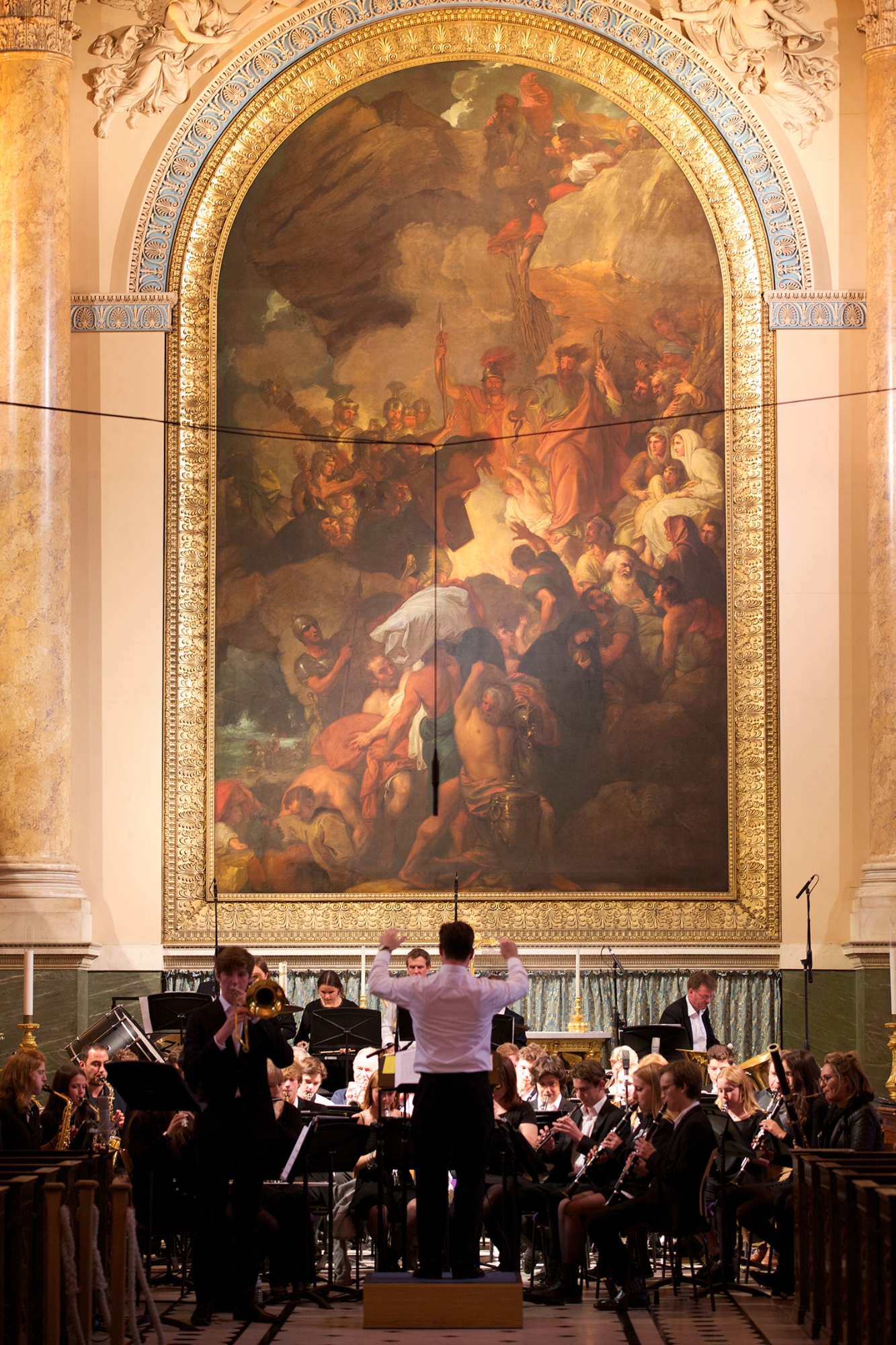 This was no ‘school’ concert at all; we get used to the incredible standard these young pupils achieve, but must never take it for granted. I have already mentioned the sheer professionalism of the evening – whilst all the staff involved in putting together such a seamless show really must take credit, it is truly remarkable to see the Bryanston young perform. The Royal Naval College is just one of many stunning venues in which they have the good fortune to perform – I hope they realise how lucky they are to have such performance opportunities as this?

As we spilled out into the fresh October night, the uplifting music of the evening had dissipated the nightmare that is Friday half-term traffic, and I for one came away with an enormous sense of well-being. What a wonderful way to start the half term break!

To listen to taster of the concert and find out how to purchase a CD, click here.