Bryanston Head, Sarah Thomas, and Head of Outdoor Education, Dave Simpson, recently attended a presentation at Buckingham Palace as part of the 60th anniversary celebrations of the Duke of Edinburgh Award. 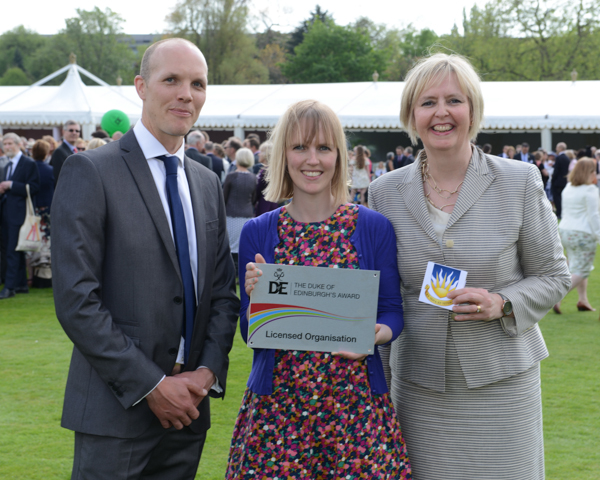 At the event Ms Thomas and Mr Simpson received a special plaque from the DofE Charity, presented to them by celebrity supporter Holly Walsh, in acknowledgement of Bryanston's commitment to running the DofE.

Ms Thomas and Mr Simpson were accompanied by a group of pupils and they were lucky enough to meet The Duke of Edinburgh, who spoke with them about their awards.