Congratulations to the two Bryanston crews who battled against wind and hail in this year’s 125 mile Devizes to Westminster International Canoe Race. 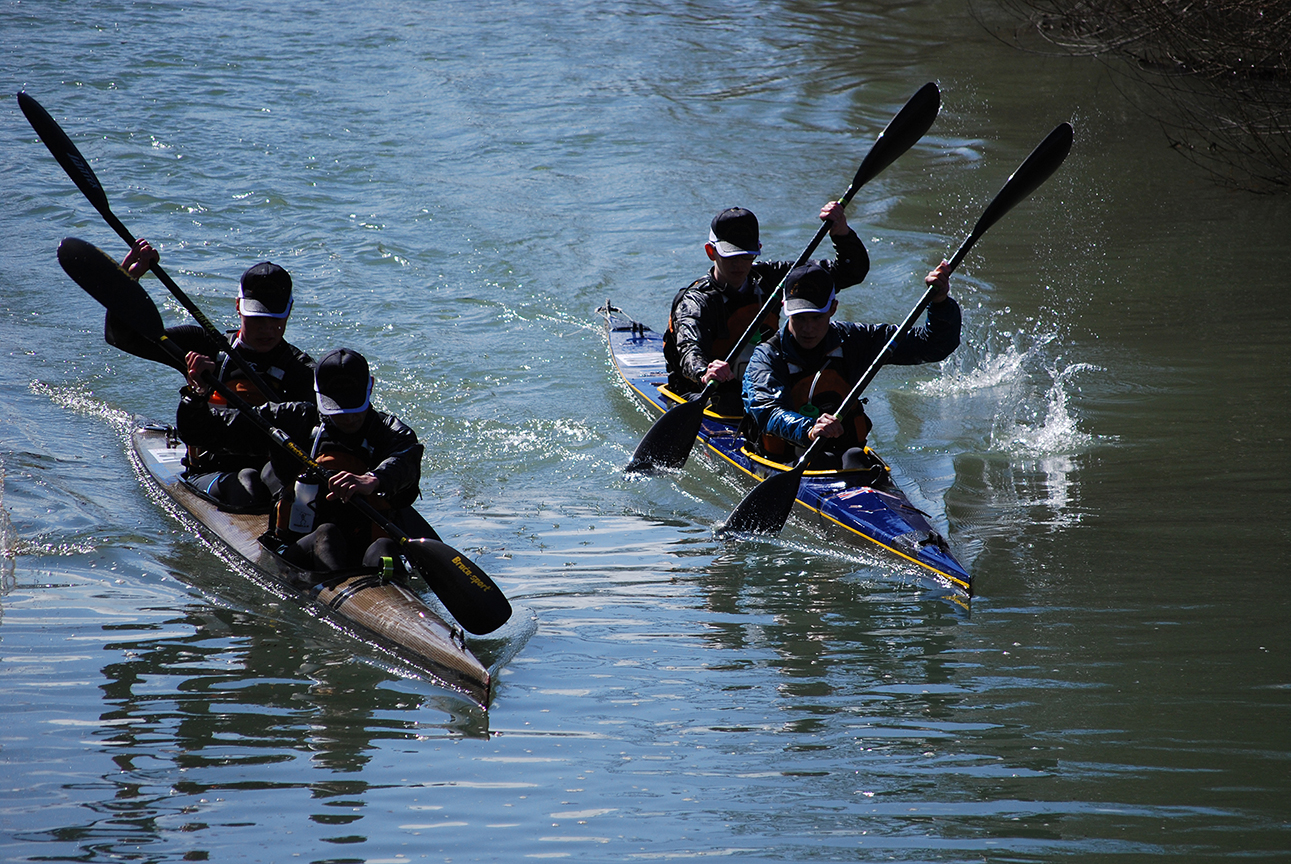 The 85 crews from a range of clubs and schools started in sunny but cold conditions on the morning of Good Friday and 34 miles later, at the end of the first stage of the event, Bryanston’s Tom E and Inigo H were placed 14th and Gus G and Henry W were in 4th. The weather was due to deteriorate steadily for the remaining three days and the crews prepared themselves for the worst. However, the river conditions, although very challenging in places, were rarely quite as unpleasant as forecast and the two Bryanston boats were able to put in equally strong performances on the second and third stages of the race, 36 and 38 miles respectively.

Despite being hampered by hailstorms and torrential rain on Easter Sunday (stage three), they seemed to fare significantly better that those in the rowing race happening at the same time a few miles downstream in London. However, the forecast was for Easter Monday to be properly windy. Storm Katie was about to make her entrance. The Race Committee decided that the risk to the safety of the competitors was such that there was no way the race could continue. The difficult decision was made to terminate the event after three days and 108 miles.

The final positions of the Bryanston crews were:

Gus and Henry were also placed 1st in the Under 17 category and will collect their trophy at the prize-giving ceremony in May. Congratulations again to both Bryanston crews on their fantastic achievement.

You can see photos from the weekend here.