On Sunday, for the first time in recent Bryanston history, four Bryanston boys competed in a fencing competition in Salisbury and acquitted themselves extremely well. 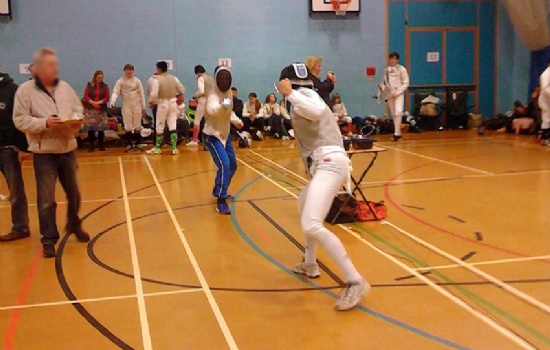 The Wiltshire Fencing Union County Youth Championships attracted over 120 fencers and the overall standard was very high. The fencers in each age category first took part in a pool where they fenced all the members of their group. After this stage, Adam S was seeded third in the U14s and Merlin R and Tom L were seeded joint third in the U16s. Special mention goes to Solly D, who, as one of the youngest in his age division, was competing against older and more experienced fencers but managed to get some good hits in and won a few matches.

The competition then moved into the elimination stage when matches were longer. Merlin narrowly missed out on a place in the semi-final after a close match that came down to the final hit with a score of 9-10. Tom and Merlin both made it to the final eight (sixth and seventh, respectively) and were awarded medals. Adam did well to get to the semi-finals and came in joint third, for which he was awarded a shield.

Congratulations to all of the fencers involved and thank you to our coach, John Routledge, who invited the Bryanston team to compete in the event.