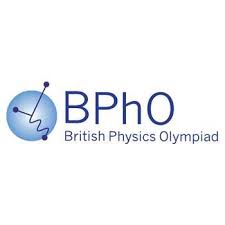 Harry EW, Mark A and Alma OE all gained a Bronze I and Willa P was awarded a commendation, all producing some very good solutions to some tough problems - taking part is really deserving of recognition too. The awards ranged from Gold, Silver, Bronze 1, Bronze 11, Commendation.

Cat Cava, Head of Physics said "I am very proud of them. We’ve never had anyone gain more than a commendation for participation before now! The Olympiad took place in week 10, and followed on from the A2 challenge paper that they sat in week 2 (in which Mark and Harry gained merits). These pupils have managed to squeeze in varying degrees of preparation - usually half an hour each Thursday lunchtime with me, and this has resulted in them being placed in the top 550 out of 1650 participants."

The cycle now begins again with some A3s and Bs working towards the AS and GCSE challenges later this term and there are some excellent candidates lined up, to hopefully carry on the momentum.