This year there were two very closely matched semi-finals, with Greenleaves defeating Portman 110-100, and Connaught defeating Dorset 270-240. The final was not such a close contest, with Connaught dominating 270-70. It gave the pupils a chance to show what they know - science, history and geography were most impressive, as well as revealing that pupils are not always strong on proverbial expressions or gardening terms!

The House Challenge runs each year and follows the format of the University Challenge, with buzzer questions and bonus questions on a wide range of topics. It runs as a knock-out competition between all the senior houses over the second half of the autumn term, ending with the grand final in the penultimate Friday assembly of term. 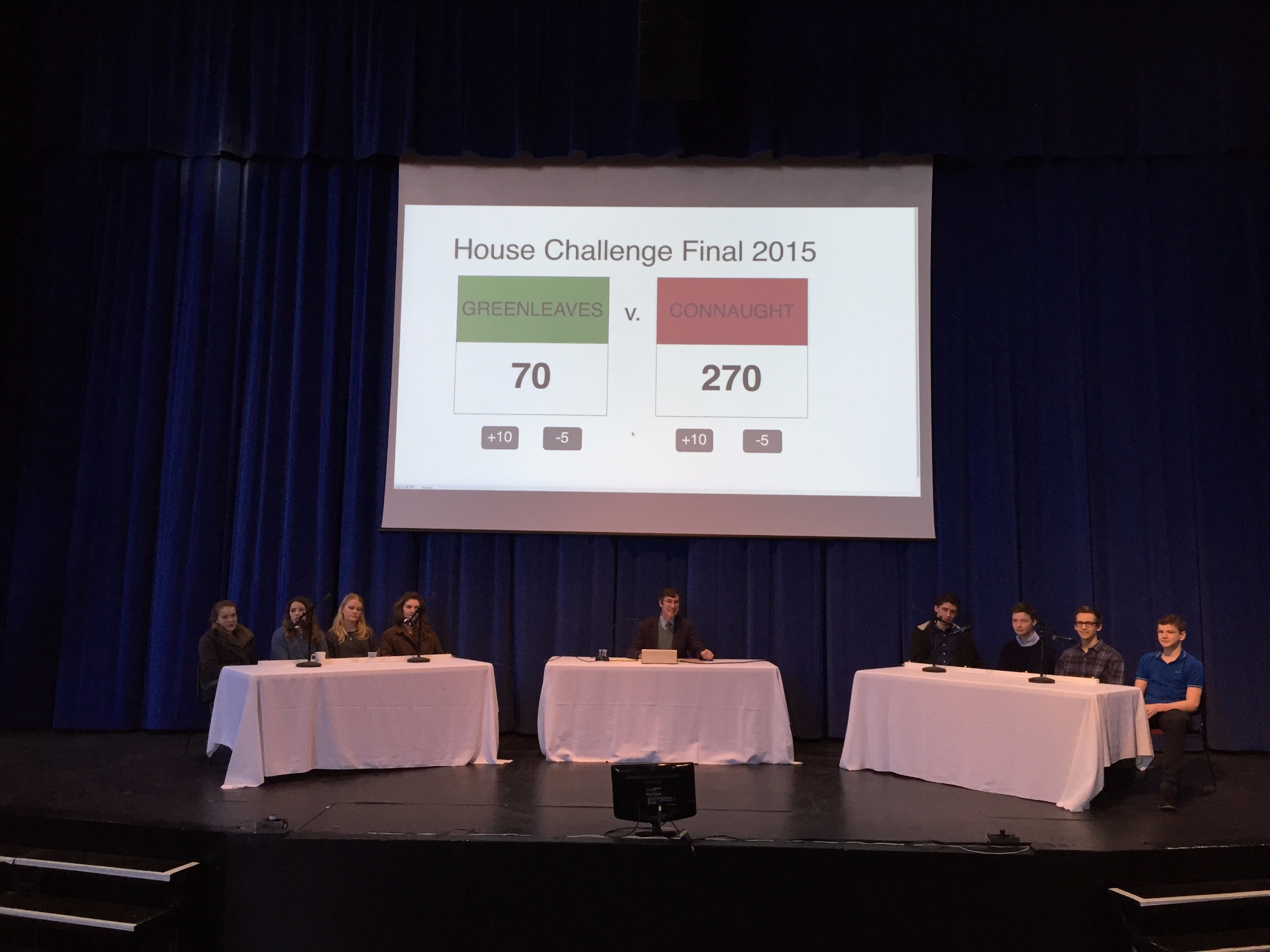