Bryanston’s 1st VII had a fantastic time at the Rosslyn Park rugby sevens competition last week, entering the Open only for the very first time. 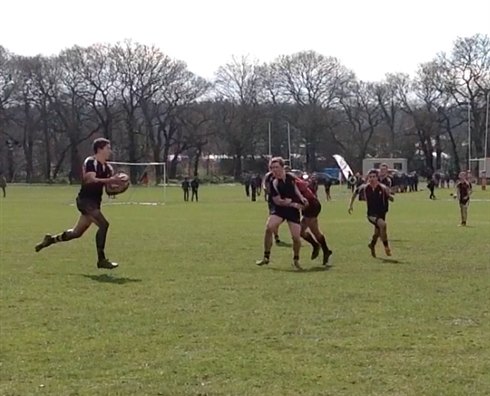 The team played some impressive rugby to win their group undefeated, after beating St Benedict's Ealing 17-14, Dartford Grammar School 21-12, Coleg Gwent 31-20 and London City of Freemen 31-12. Moving into the last 16, the boys came up against the mighty Hartbury College from Gloucester. Unfortunately they lost 7-36 and only late on had a chance to show what they could do. As a result the team competed in the Plate, where they beat London Oratory 24-19 before losing to Cowbridge 24-19. The Bryanston squad punched well above their weight against much bigger schools, colleges and academies. A national ranking is a fitting way for the boys to end their season. It was a tremendous two days and a great way for Tom Sherborne, James Ixer, Pat Yeates and Freddie Buckle to finish their school rugby careers. They and the rest of the squad did Bryanston proud.