On Tuesday this week, Bryanston Fishing Club had its first competition for staff and pupils.

Eight pegs were filled with anglers, hoping to bring home the trophies. In all, 18 boys and girls across every year group competed for two hours for the largest fish, the most fish, and the most species.

Rufous C, Archie T and Bobby K stormed into an early lead with some fine perch caught. Their lead proved unassailable, despite the best efforts of the staff teams with Mr Bridges and Mr Payne catching a season’s best on Peg 5.

Hari S, Evelyn K, and Dr Kearney had the chance to draw level, but were unable to land some decent perch. 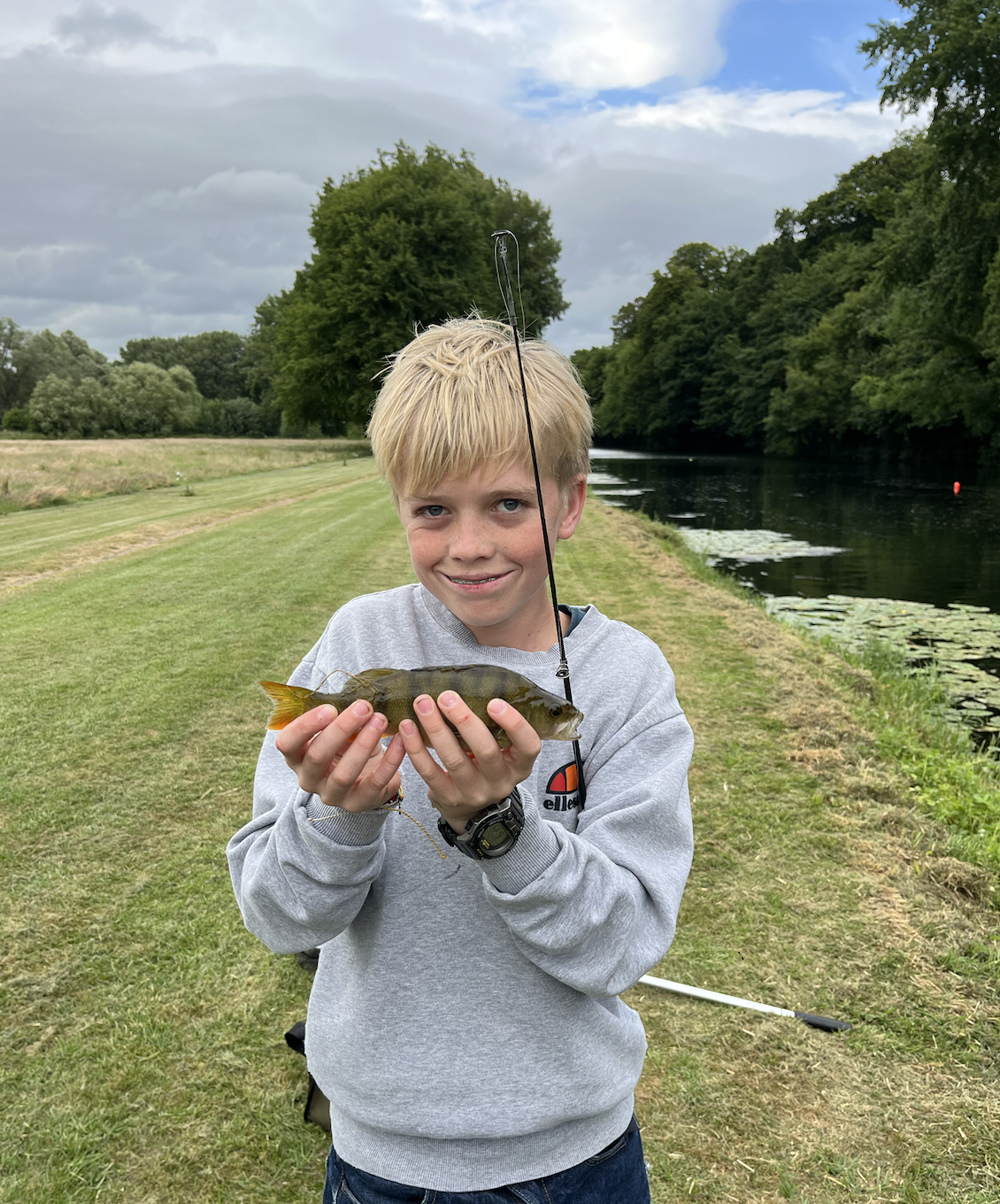 Nick Payne commented: “This event was only possible because of the support and generosity of the Bryanston Parents’ Association in funding new kit (and trophies!) We’re looking forward to this becoming a regular fixture on the Bry calendar… tight lines!”