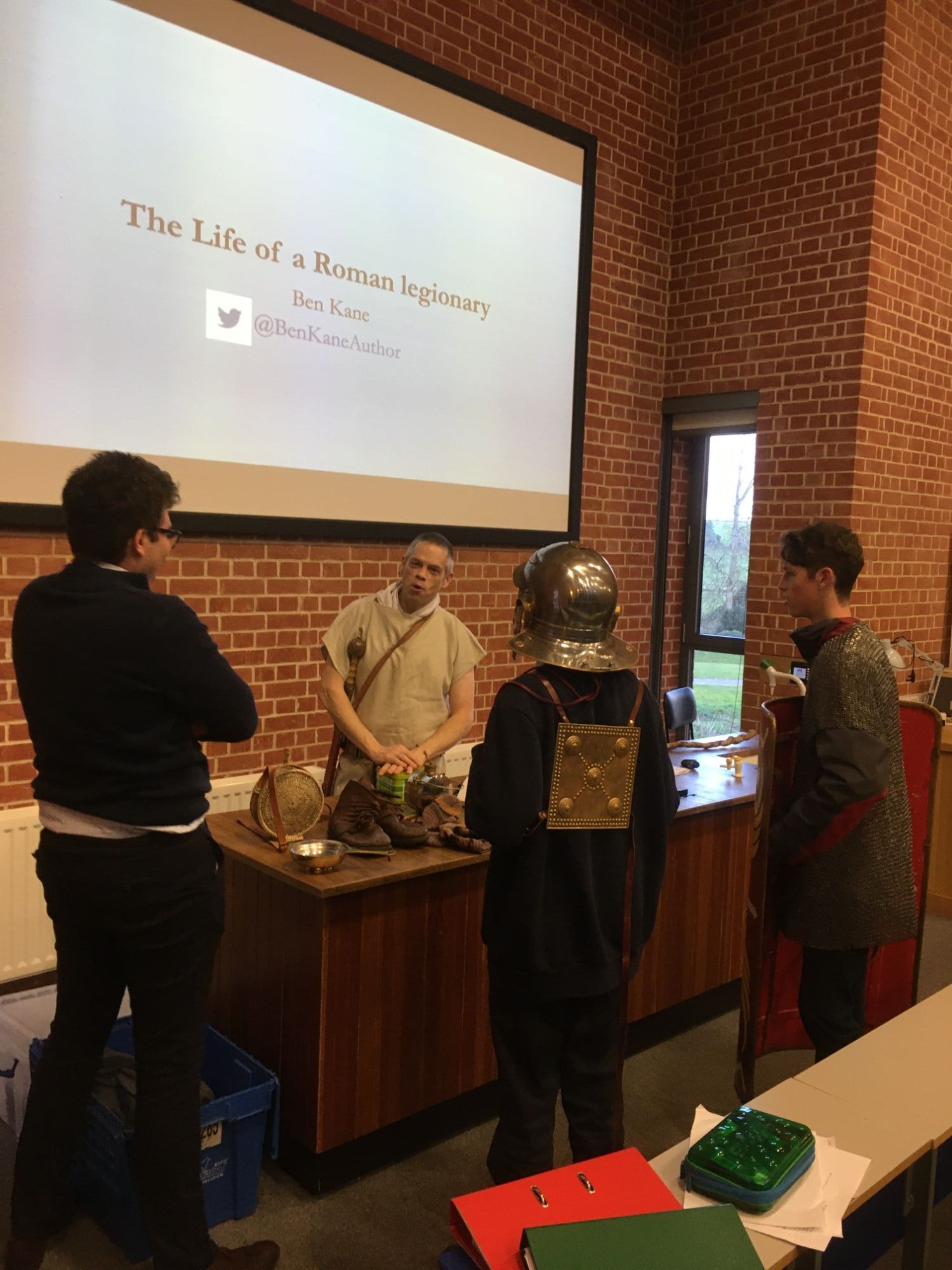 We really enjoyed his talk, particularly the way he used visuals to engage us. He brought authentic recreations of the things Romans used to wear, including armour, shoes and socks.

Overall, we found the talk fascinating. It gave us an idea of what a Roman’s life as a soldier was like. We followed up the talk with discussions in our Latin and Classical Civilisation classes.