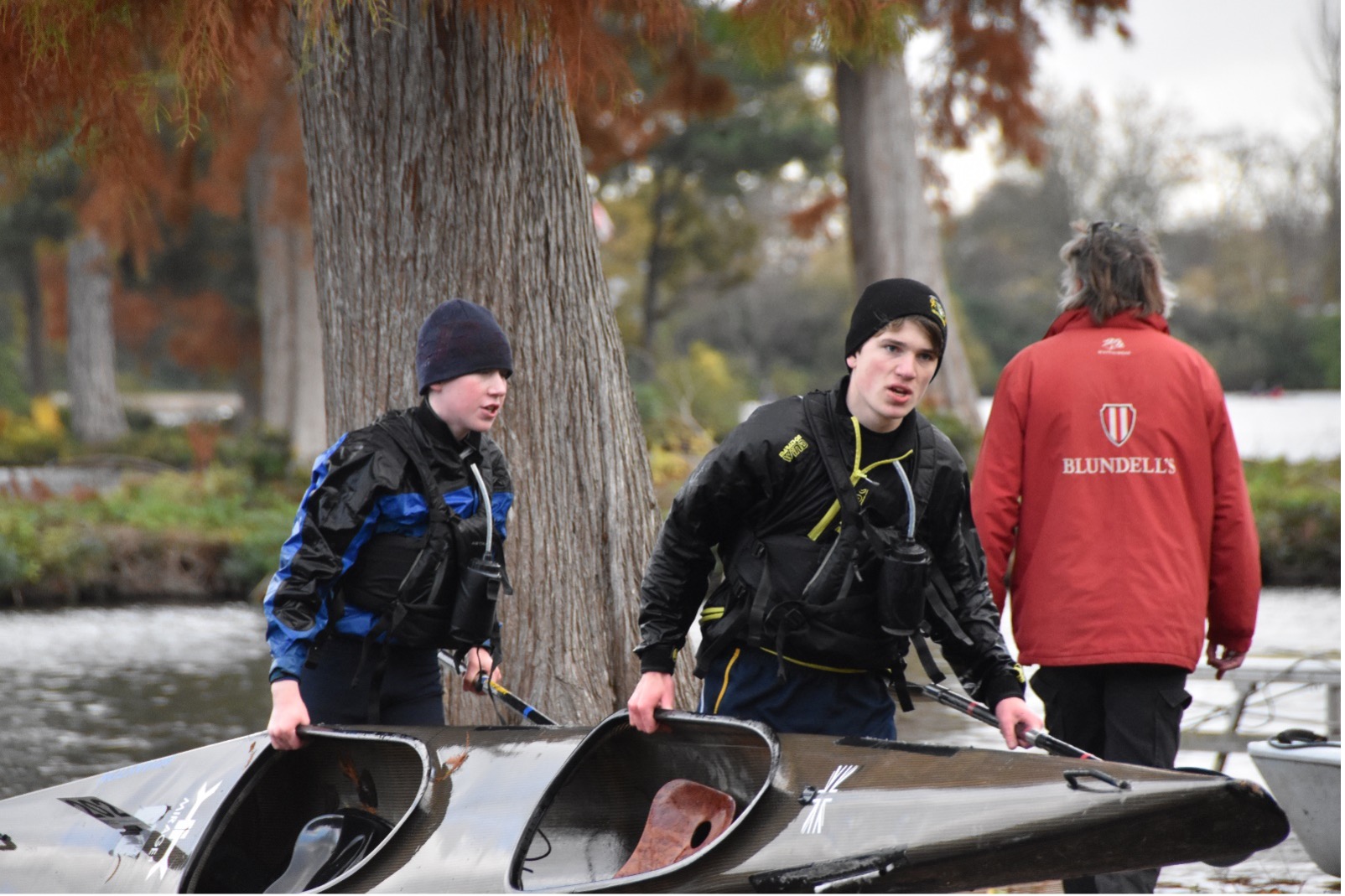 The relatively inexperienced squad were able to compete on even terms with competitors from other schools. Ruihan B-S and Dylan D-D raced hard in the novice marathon event and were placed second. James E and Minty P did well in the mixed K2 event.

Freddy M and Cosimo H, racing together for the first time, acquitted themselves well in the sprint event, although the competition was extremely strong.

At their first event together, Jack O and Jasper G capsized at the end of one of the sprints, but came back for the rest of the day’s racing – wet, but determined.