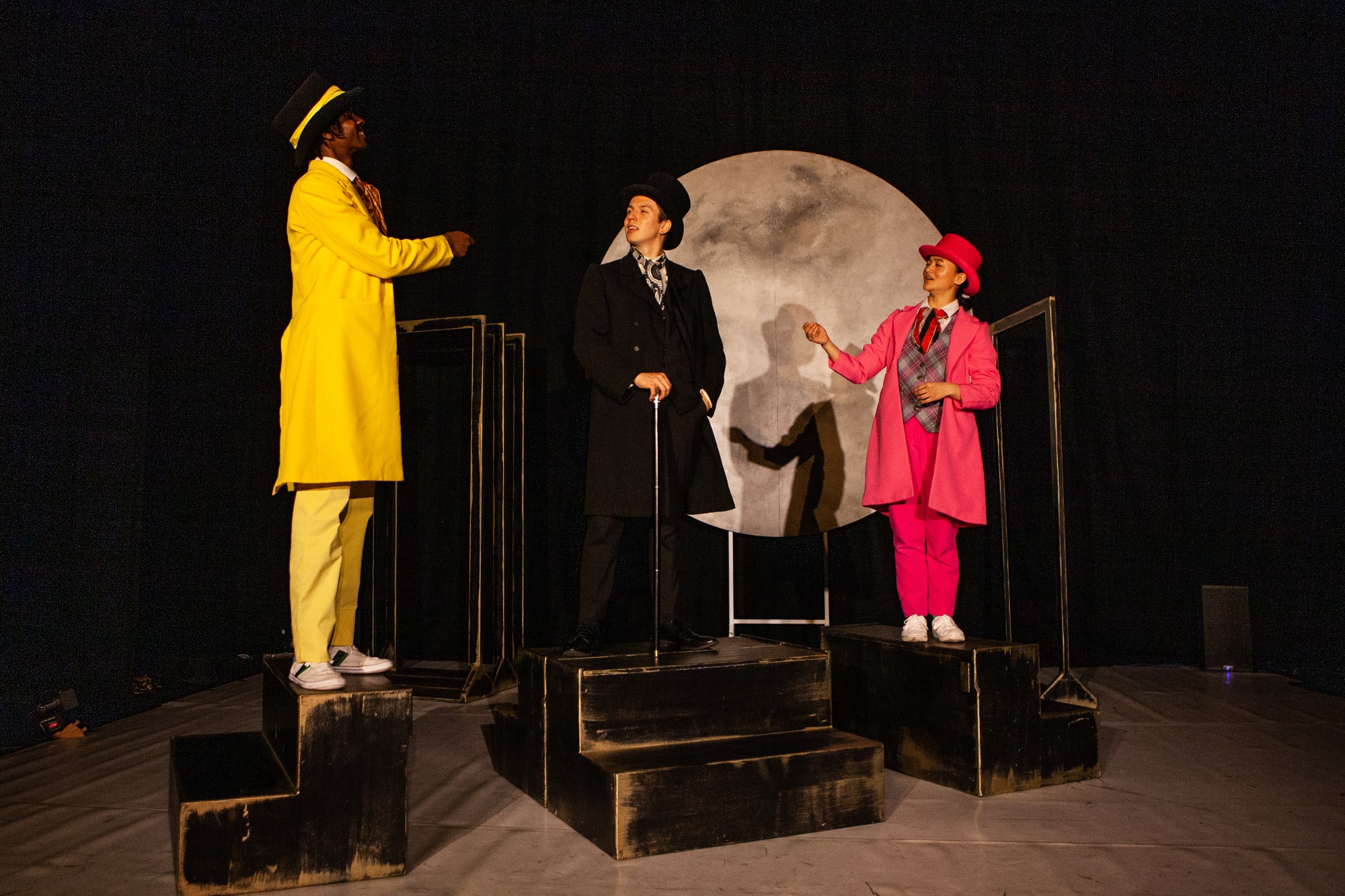 Our pupils have been studying this work in the weeks since, with the Box Clever performance providing a terrific foundation upon which their learning could grow. Not only did this performance frame the context of class for the rest of the term, but the pupils enjoyed a professional programme from a nationally touring theatre company.

Using just three performers and a lone musician, the company put on a captivating adaptation of the literary classic, leaving many of the pupils enthralled.

“I enjoyed the play and thought it was very impressive how they performed with a very small stage and number of actors.
I liked their use of the objects on the stage and how they moved around, also how they also included modern themes into an old story.”

“Brilliant acting, some of the best I've ever seen in a drama.
I also enjoyed the audience interaction and the modernisation of the traditional story. Overall, 10/10 production.”

“I loved the way they set the scene using a very small number of props. The set was kept very simple. The acting was incredible, as well as the music; I was impressed by how it was all done by one man instead of by an entire orchestra.”