After thirty years as Catering Manager at Bryanston, our beloved Mike Thorne retired at the end of the Summer term.

Mike came to Bryanston in 1992 and up until the end of term, was responsible for leading a team of 75 to provide well over 2,500 meals a day to pupils and staff, as well as catering for the School’s conference and banqueting operation and the Café.

Stepping up to take over the catering reins is Matt Grime, commenting: “I have had the pleasure of working with Mike for the last decade. Never a day went past without Mike looking to improve an aspect of the catering we provided here at Bryanston; be it lunch service, parents’ teas, or one of our popular theme nights.

“It was that energy and passion that Mike brought to work with him every single day that inspired me and the rest of the catering team. He has been an inspiration to all of us, and we all wish him a happy retirement.” 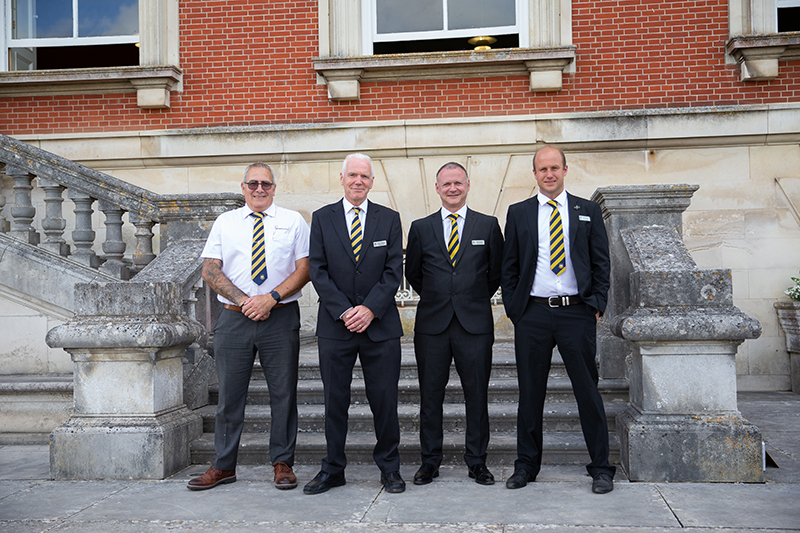 After thirty years in the job, Mike’s enthusiasm for his work showed no signs of abating and he formed great relationships with pupils over the years. They loved him as much as we all did, always trying to keep the menus varied for the Bryanston community and taking inspiration from everything including street food to modern trends, as well as putting new twists on old recipes.

Deputy General Manager Dan Stokes commented: “The effortless way that Mike dealt with running the catering department was unbelievable. His ability to make time for everyone, when under a great deal of pressure himself, was something I always admired. Nobody deserves a more relaxing retirement than Mike.”