A3 pupil Emily S has broken the women’s club record for 1500m. 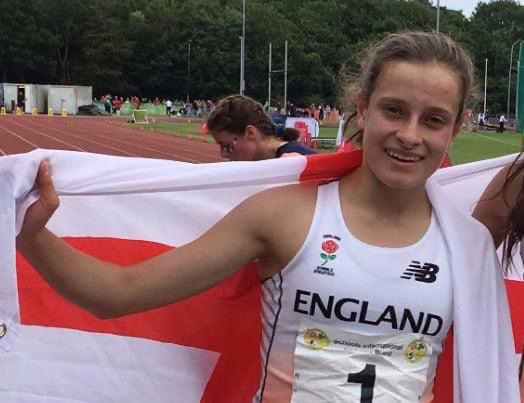 Mr Blanco, in charge of Girls’ Cross-Country Running, commented: “We are all so proud of Emily for achieving a new record for the under-20s (and women’s overall) 1500m. It’s an amazing achievement, particularly as the club records in middle distance have been of such a high standard in recent years.”

The race, which took place at Millfield, saw Emily set a new record of 4:28.80 which broke the previous record by almost four seconds.

Emily S commented: “The race day was hot and sweaty, but I very quickly got into the zone and focused lots on my warmup, and drill before the race. I was aiming for a sub 4:30, so I knew the lap times I had to be making.

“In the 15, it's all about keeping it consistent until the last lap and then giving it everything. After the race I felt, quite frankly, frightened, and knackered - I haven't pushed my body like that in a long time, and so I had slightly forgotten how it feels!

“Now I am looking ahead to the English Athletics Championships in Bedford next week which is a big race for me.”