Prior to the half-term break, Headmaster Mark Mortimer presented A2 pupil Johny C with the Richard Hall Rugby Award. 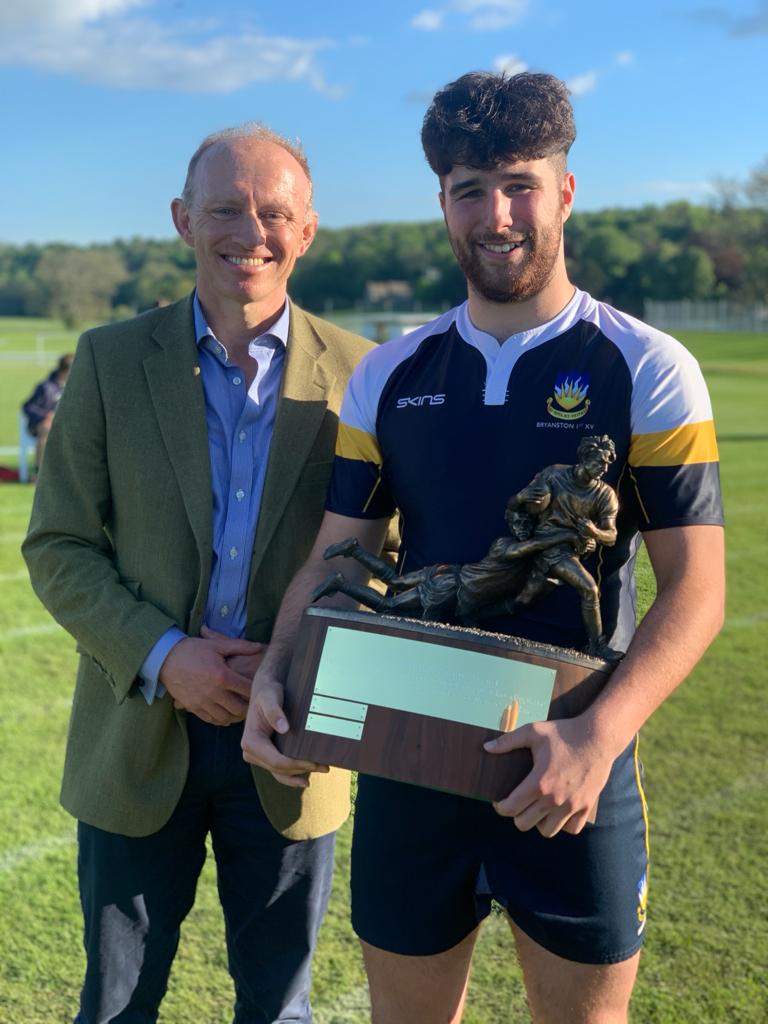 The trophy is awarded annually to a pupil who has displayed character, attitude and excellence in the rugby programme. Last year’s first recipient of the award was A2 pupil and fly-half Will F.

Head of Rugby at Bryanston Scott Hobson commented: “Johny has exemplified the behaviours sought in the Richard Hall Rugby Award and has worked hard to maximise his time at Bryanston both on and off the sports field.

“Johny has displayed true character and resilience in times of adversity, and his positivity towards rugby has made him an inspiring role model for other pupils.”