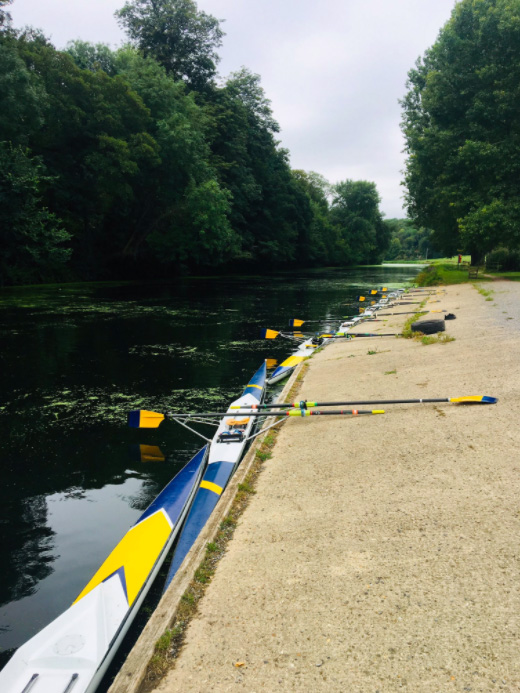 The competition involved virtual racing on ergos, at home, and was co-ordinated by Monmouth. Bryanston entered four boys into the race: Angus P (A2), Ben S (A3), Noah C (B) and Rohan E (A2).

Each Bryanston individual raced three times over 1000m, with a 45-minute interval between each race. Individuals were ranked on their individual time and the combined times created their team time.

After the first round, Bryanston was second in the Team event and Angus P was winning the individual for J18s and also achieved the fastest time overall. In the final, Angus won the J18 event in 2:58.8 and was also the fastest individual of the day.

Richard Boulton, Head of Rowing, commented: “In true Bryanston spirit, we weren’t going to let a virtual race stop us from giving it our all! I’d like to congratulate all of the Bryanston pupils that took part. We won the Team event by over five seconds, which is fantastic!”