Last year’s A2 Charities Day (2019) raised a total of £54,000 for United World Schools (UWS), which funded the building of a new school in Phnom ro Eli (Cambodia) and a new school in Shay Kin (Myanmar).

The latest figures we have received from UWS reveal that 445 children who would not previously have had any form of schooling are now in education. We’d like to thank Cameron Robertson and Zeynep Koksal (Head Boy and Head Girl 2018-2019) for their commitment to this project and to the wider Bryanston family for continuing to support A2 Charities Day.

Cameron and Zeynep commented: “It’s astounding to reflect on what has been achieved in transforming the lives of some of the world’s most disadvantaged children and their families, and we hope to be able to go out and visit the schools in the not too distant future.” 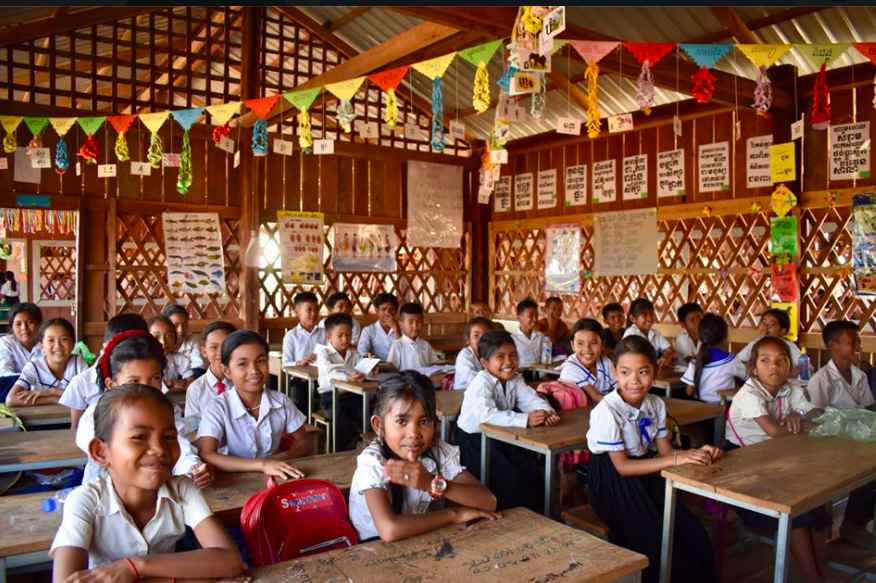 Fundraising activities included a silent auction, a dog show, a parents’ lunch, a photography exhibition and a series of concerts. The Heads of School also introduced the Whole School Challenge, where over 600 pupils and staff from Bryanston organised and took on a challenge – these included swimming the equivalent distance to crossing the English Channel, rowing across the Atlantic Ocean and climbing Mount Snowdon.

Cam and Zey put together a short film about the new schools, which was shown in assembly earlier this term; you can watch it here.