The 2020 dance show was our most ambitious yet, and audiences hugely enjoyed the variation of the 'Dance through the decades' approach, which opened with a homage to the Suffragettes and closed with the Elite Street group's powerful reminder of the importance of being yourself and fighting societal or gender pressure to dress or look a certain way. 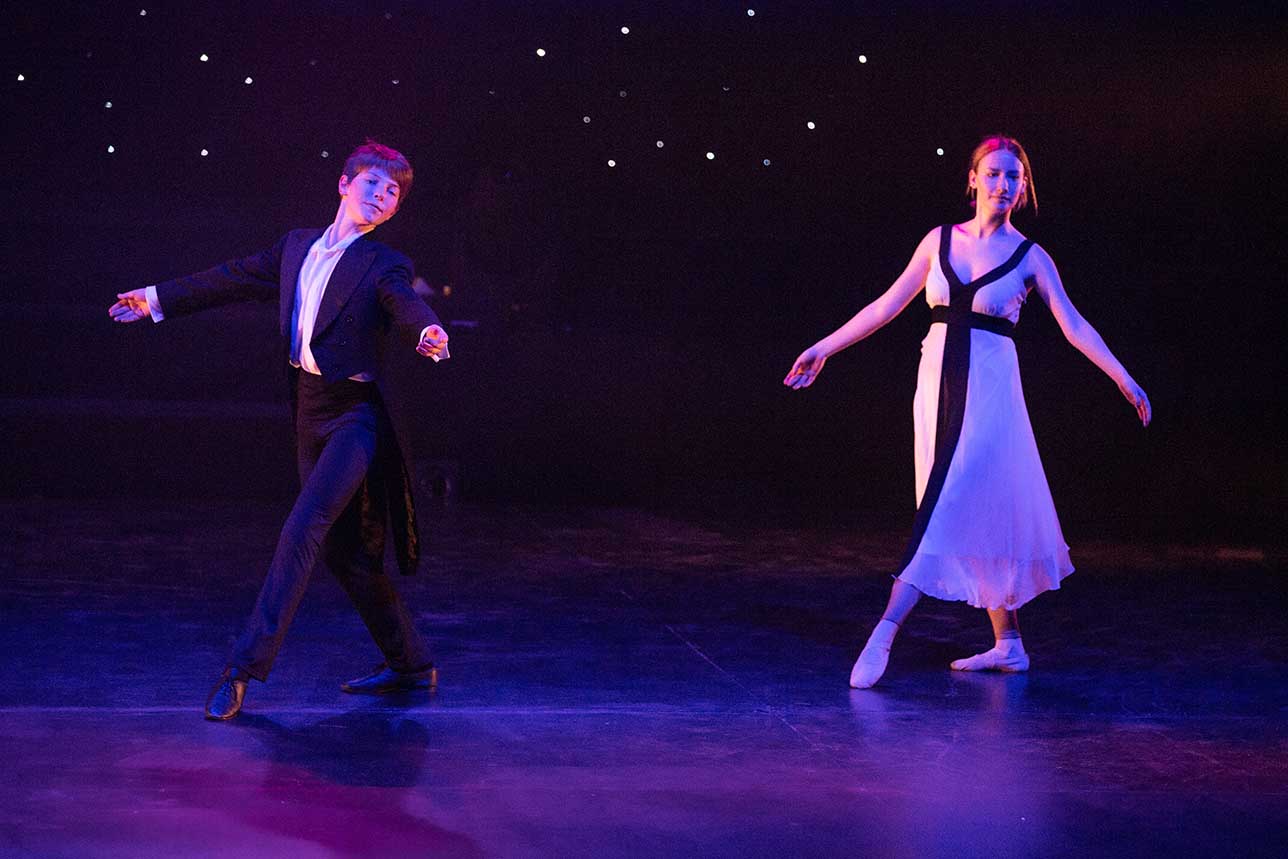 Though there were a number of political ideas and reminders in this show - a dramatic and effective remembrance of war by Contemporary Dimensions comes to mind, and a beautifully performed ballet piece on climate change too - the variation of music, message and decade brought high-spirited Charleston, Lindyhop, Rock 'n Roll, and Disco into the mix too. Some lovely ballet partnerships brought a sense of nostalgia, whether for war-time parting, Astaire and Rogers or the romantic films of the 1980s, and the tap duo captured the razzmatazz of the 1930s and All That Jazz.

With 27 numbers, some of which were pupil choreographed, this was a substantial programme, but the chronological order helped the audience feel they were on a thoroughly enjoyable journey, which didn't just reflect society, music or dance, but also changing fashions, Cara Killer, the wardrobe supervisor worked hard to bring back the hard working land girls, the leg-warmer wearing Fame dancers, the polka-dot swing dresses of the 1950s and Chanel's bold 1960s mini dresses.

The show was also a triumph for the many boys involved, firstly in a spirited Peaky Blinders number from the D boys’ group. Boys were represented in ballet duets, a Phantom of the Opera number, a contemporary gang piece, a hip-wiggling Shakira number choreographed by Gabi S and an energetic lift-based swing number, the last two entirely by A2 dancers. We just need to get boys from the years in between represented now!

Dance teachers Bryony Holder, Janet Knight and Sam Frampton excelled themselves this year with this historical concept, and their imaginative responses to each decade. We are incredibly lucky to have them.

Lighting, sound and video footage added a sense of showmanship and framed the talent on stage professionally and atmospherically, so many thanks to Will Geeson (lighting design and operation) and Charlie Helbert (music and video footage) in particular. The only question is - how do we top it next year?

You can see more images from the Dance Show here.