Three Bryanston crews competed at the National Schools Kayak Championships on Sunday, against crews from other schools including Seaford College, Kimbolton, Cokethorpe and Blundell’s. 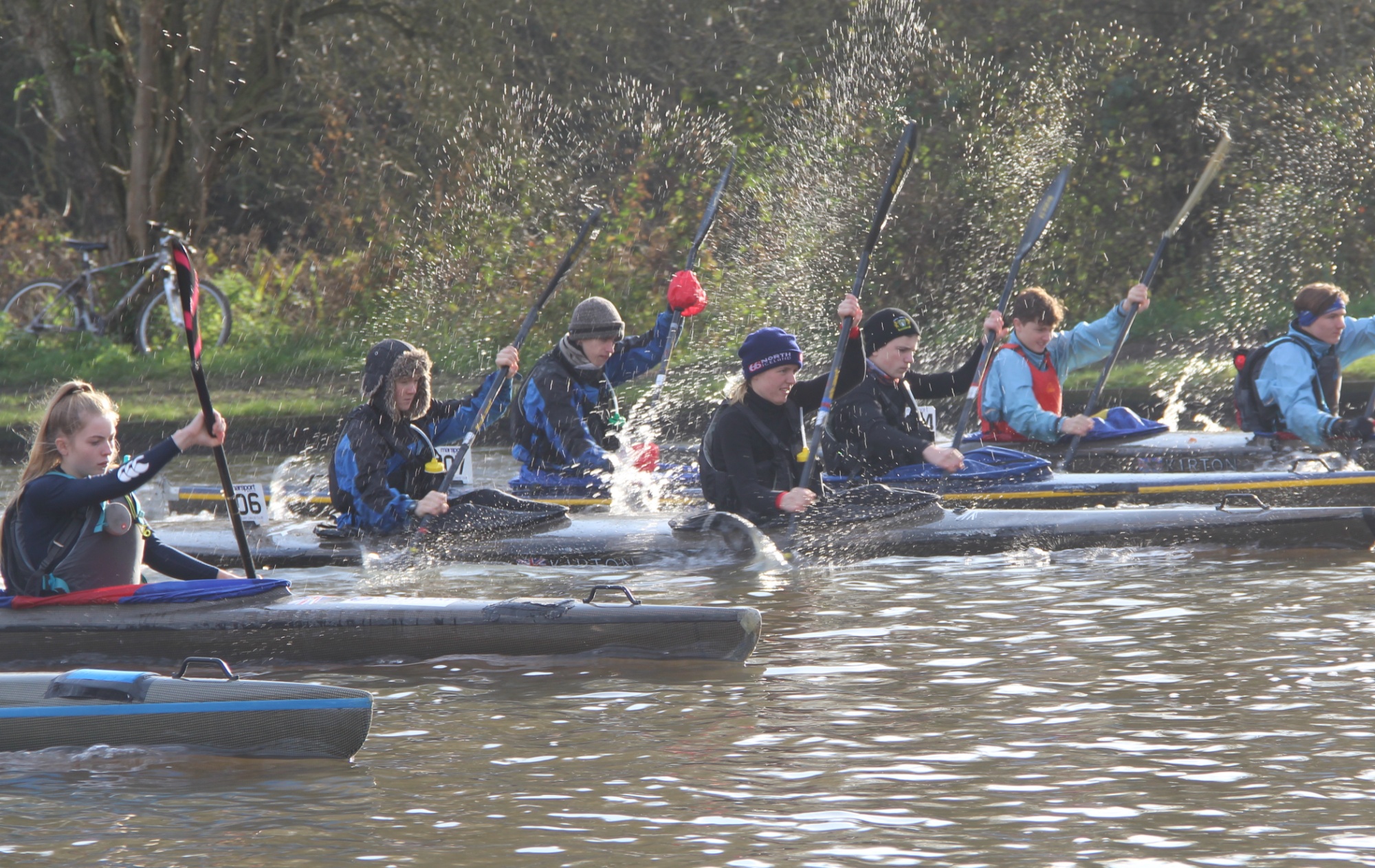 The event included a sprint race in the morning and a 20km marathon in the afternoon. The three Bryanston crews also did well in the sprints with Felix H and Minty P the second fastest mixed crew.

Our crews felt much more at home in the 20km marathon due to Bryanston’s continued focus on long distance marathon racing. This was one of the races leading up to the Devizes to Westminster canoe race at Easter.

At the first turn after 3km, Freddy M, Felix B, Lula P and Bobbo P were in 9th and 10th places in a field of 30, with Felix H and Minty P in 4th. Unfortunately, Felix and Minty arrived at the second turn before the second turn buoy and marshals. They managed to paddle an extra mile before the marshals caught up with them and thankfully a time adjustment was made at the end.

Lula and Bobbo finished in 10th place, Freddy and Felix B Finished in 9th place and Felix H and Minty finished in 4th. The combined times of the three crews were enough to secure the National Schools Kayak Marathon Team Trophy – 21 minutes ahead of the next team.

Simon Jones, Head of Bryanston’s Canoe Club, commented: “This was an outstanding performance from a squad that included paddlers across four year groups, one of whom had only started kayaking this term! This is the fifth time that Bryanston has won the Marathon Team Trophy, which is a fantastic achievement.”

Headmaster Mark Mortimer presented the paddlers with individual trophies in this week’s assembly.