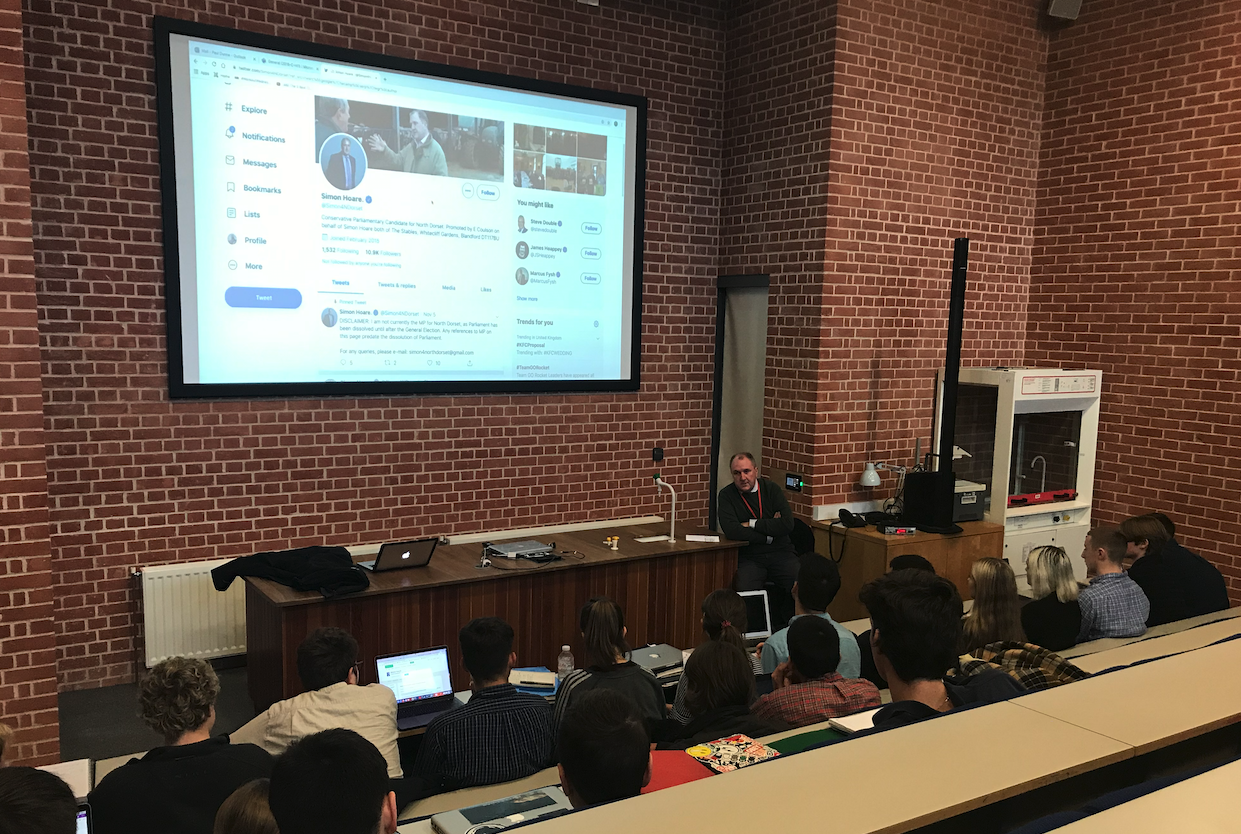 On the Friday morning of Parliament Week, Bryanston had the honour of meeting the Conservative Parliamentary Candidate for North Dorset, Simon Hoare.

The day began with a meeting with Bryanston’s Politics Ambassadors and teachers from the Politics department. Mr Hoare spoke with us about the election process and its evolution throughout the years, with the process of campaigning moving away from the physical and into the digital world. We also discussed our thoughts on online campaigning.

Mr Hoare spoke about the Irish border issue and detailed his perspective as the Chair of the Northern Ireland Select Committee. We then discussed problems that directly influenced us as students.

After meeting with the Ambassadors, Mr Hoare then introduced himself to the rest of the A3 politicians, discussing in length his former role as an MP, and explaining his position and situation in the forthcoming general election. Mr Hoare received a myriad of questions, including his view on the vote for 16-year-olds, to which he responded that he believed in the idea of ‘no taxation without representation’ and vice versa.

As the Chair of the Northern Ireland Select Committee, Mr Hoare explained how his position of authority influenced his voting history. This was interesting to hear, as many of us had not anticipated that voting within Parliament does not just contribute to the outcome of the vote, but the vote itself and what it stands for is equally important.

Overall, it was a great experience; it really brought what we have been learning in class to life, and capped off a busy week of events for UK Parliament Week. Furthermore, Mr Hoare’s visit offered a personal insight into the modern, fast-paced politics of today, which arguably has become increasingly impersonal.