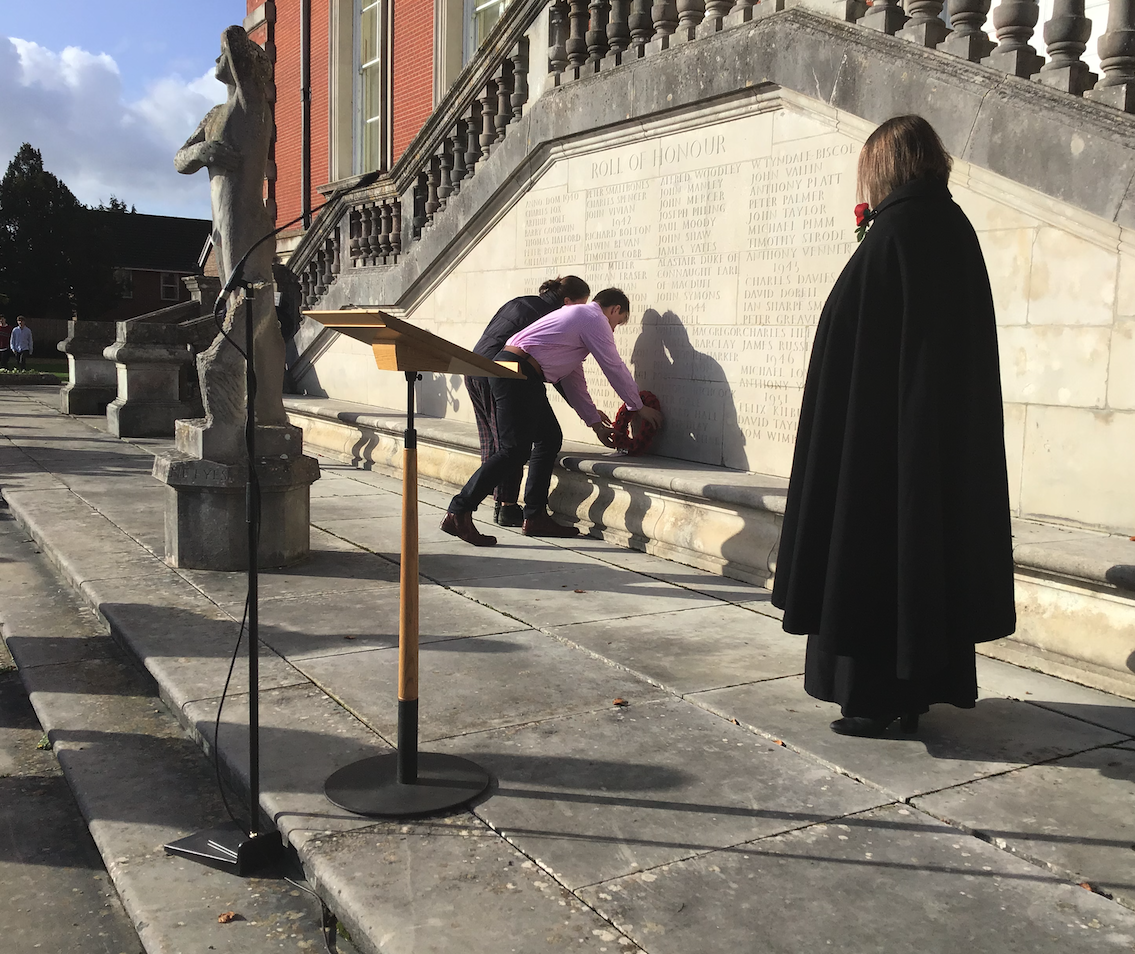 All pupils and staff gathered on the terrace to commemorate the fallen, whilst the Chaplain led the School in prayer. The Headmaster read out the names of 85 OBs that died in service to our country, followed by a poignant delivery of the Last Post by Sammy A.

The Headmaster has been tweeting a story a day during this period of Remembrance, sharing stories from our archives of some of the OBs that lost their lives in service for their country. Click here to read their stories.

Last week a poppy display was created in the build-up to Remembrance Day, planting a poppy for Bryanston Village servicemen and every OB that died.

We will remember them.