Bryanston girls storm to victory in first ever football match

Bryanston welcomed a new team to their impressive sporting roster this weekend with the introduction of the girls’ 1st XI football team.  Announcing their arrival in style, the girls’ football team battled for a 4-2 victory against Sherborne Girls in a game that showed plenty of promise of what is to come. 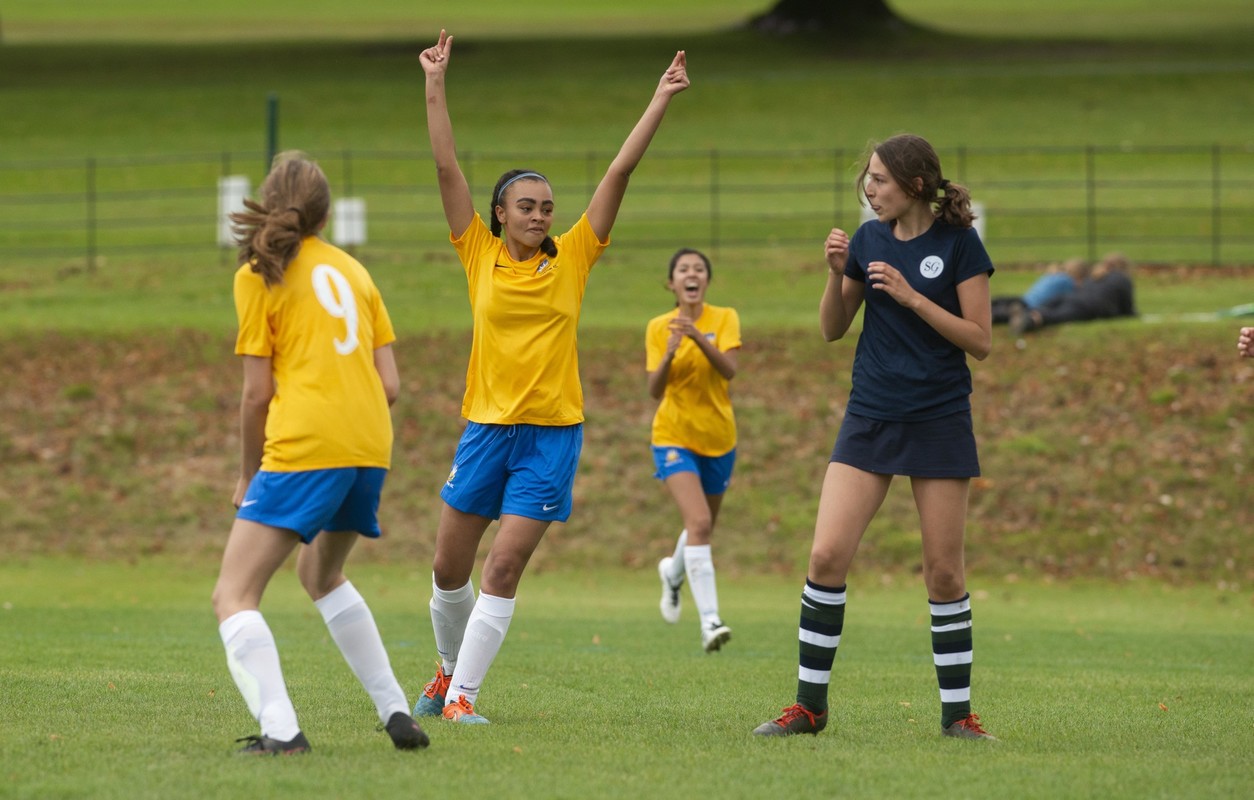 The girls’ football team was formed at the start of the year, with a number of the girls never having played a competitive game before. However, to their credit, this did not faze them when they entered the field of play against Sherborne Girls. The team set up in a disciplined 4-4-2 formation with an organised back line and a diligent midfield pairing. This laid a strong foundation for the team and allowed the wide players more freedom to express their attacking prowess in support of the hardworking strikers. Two players in particular, Helene and Tori, played exceptionally well and their explosive runs and pinpoint crosses contributed to the team win.

While the team started the campaign with a hard-working performance and a win, it was the teamwork they showed and the respect for the opposition which impressed supporters the most. One supporter who was especially impressed was the Headmaster, who selected them as the team of the week in what should provide a good morale booster after their first ever match.

Well done to the girls’ football team and we look forward to seeing their progress over the coming season.