Pupils cause a 'sCene'

On the weekend of 15-16 June, the entire C year celebrated The sCene, their annual mini-festival.

As has now become a tradition, the whole year group dressed up in a variety of weird and wonderful costumes for Saturday night. They then put on a lively and entertaining show, involving films made by each house and a variety of musical performances, ranging from an admirably energetic, if somewhat tuneless, rendition of Michael Jackson’s Billy Jean to soulful solos by Malaika P and Perdy V. 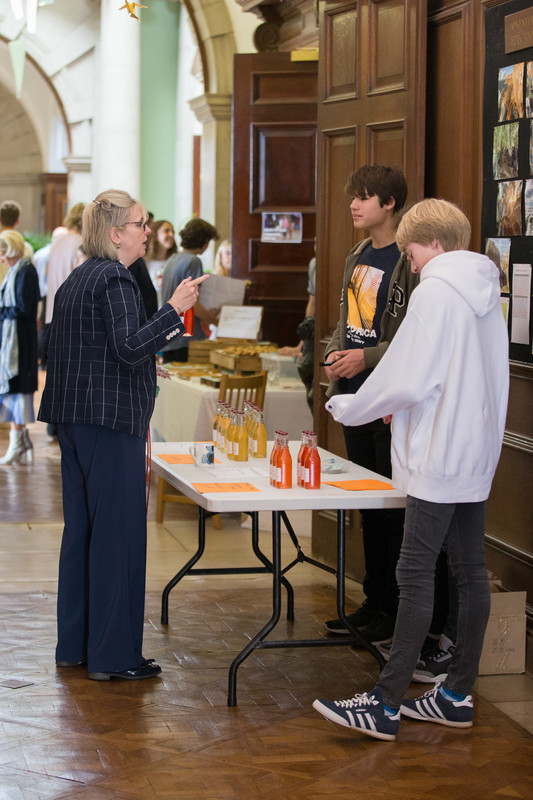 This year we altered the format of the Sunday to include a new charitable element to The sCene. Each house was asked to work together as a team to produce a stall that would sell items during the C parents’ meeting. This challenge was taken up with enthusiasm and an eclectic range of stalls were produced, including beautifully painted flower-pots, very tasty homemade cookies and Bryanston elderflower cordial. There was also a combined boy/girl taskforce that cleaned many grateful parents’ cars!

In all, over £900 was raised for local charity Blandford Cares, which provides food and clothing for refugees. Earlier this term, the School donated 35 rucksacks full of clothing and essential items to this charity and the money raised from The sCene stalls will be used specifically to provide meals for refugees through the Refugee Community Kitchen in Calais. 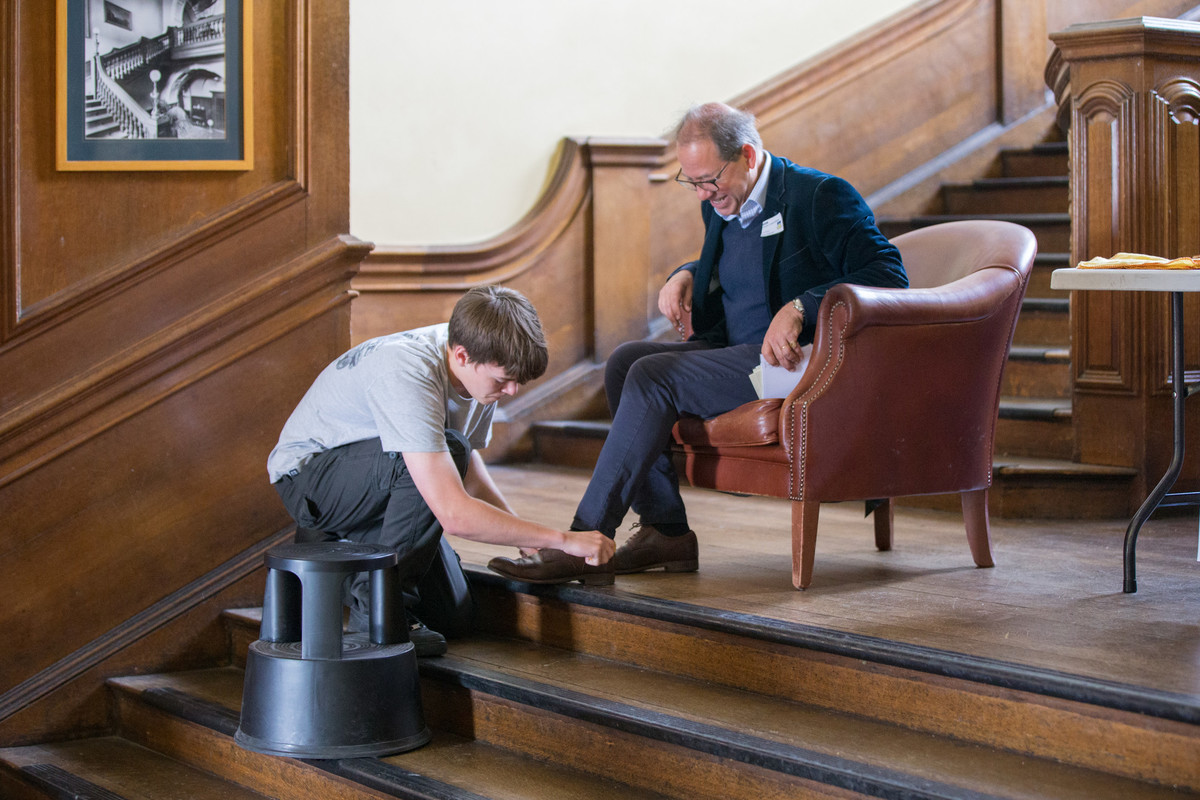 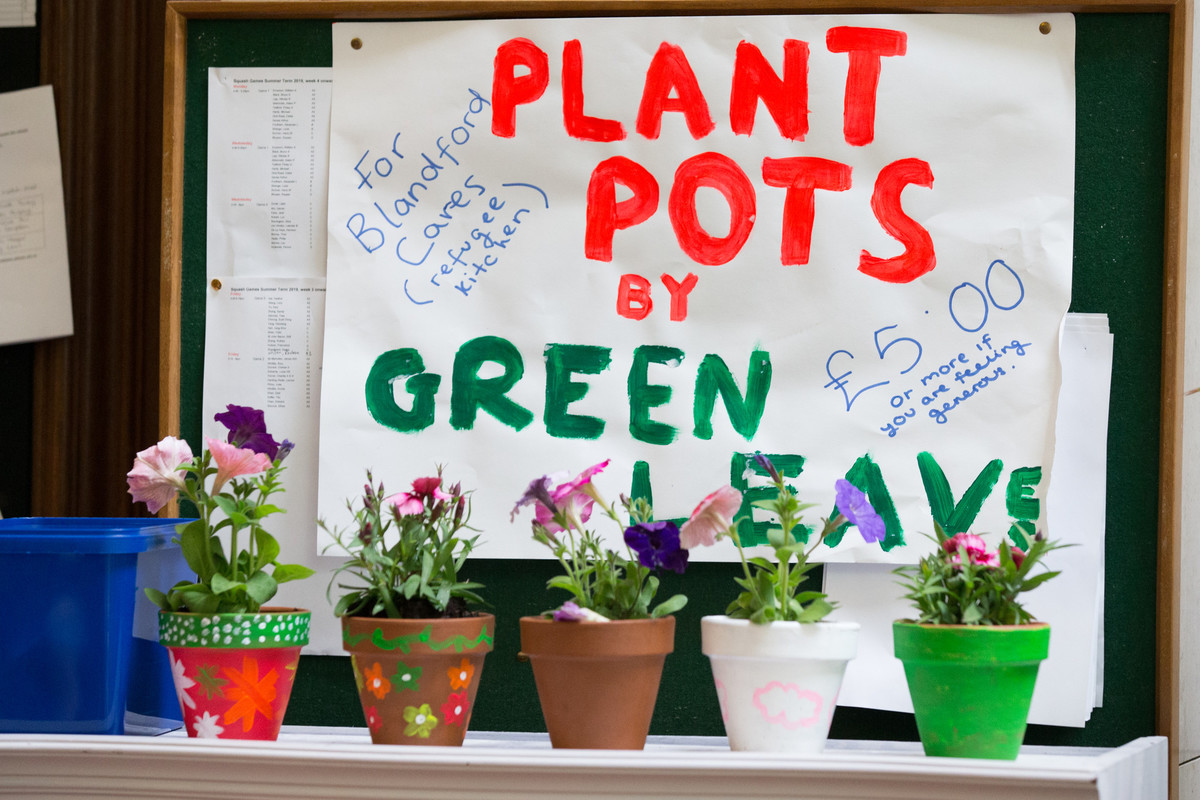 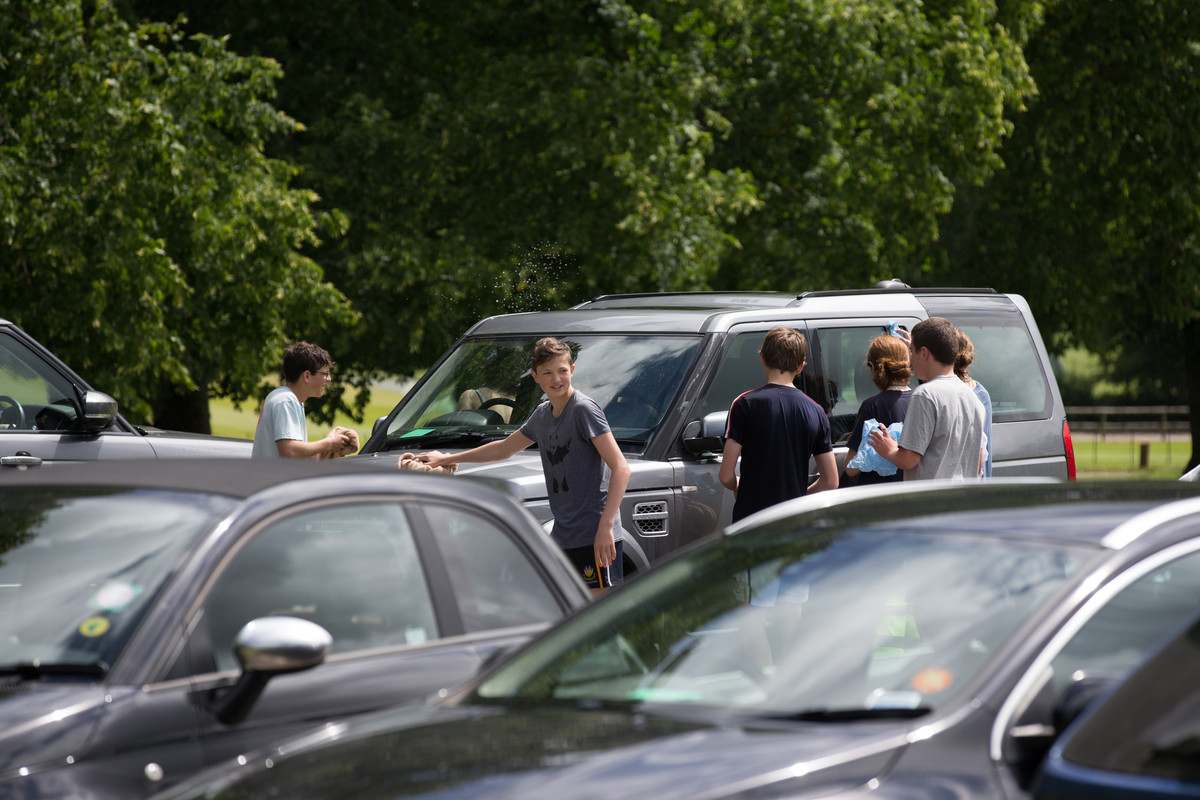