Following on from the recent news that D pupils, Nicole L, Elena B, Anouk H-E and Jacqueline M had made it through to the next round of the Soroptomist’s STEM Challenge last week, we are delighted to announce that they were awarded second place in the year 9 category at the finals.

The girls faced some tough competition, including teams who were entering for the second year running, but there were praised for their elaborate well-designed project that has real applications in the future and covered all STEM areas.

Named the ‘Eco-foodies’ the team’s task was to create a solution to an issue faced by people in the poorest parts of the world, and to do so using their skills in Science, Technology, Engineering and Maths. The problem they identified was the lack of nutritional food and fresh water in Zambia. They recognised that farming was contributing to deforestation, which can disrupt the water cycle, increase soil erosion, destroy habitats and of course reduce the carbon capture rates that consequently impact on climate change.

The ‘Eco-foodies’ innovative solution was to design a greenhouse that recycled water and ‘planters’ that stood up, allowing food to be grown out of the sides as well as at the top. The team fared extremely well in the heats and their idea and reasoning was very well received by the judges. They were invited back to the finals and faced several judges again, having further researched aspects of their design and identified improvements they would make.

We invited Knighton House to take part alongside us, which they did, entering at the Year 8 level. Knighton girls participated in group discussions with the Bryanston Year 9 STEM pupils and formed a team called ‘Pot-ential”’. They returned weekly to carry out scientific experiments in the Physics labs, working on a solution to improve cooking in Nepal. They came to Bryanston’s DT department to build their prototype under the guidance of the DT technicians and Physics teachers. A special thanks must go to Barry Cox for his support with the TIG welding. ‘Pot-ential’ also wowed the judges with their research, experimentation and team work, and were invited back to the finals. The team were awarded 1st place in the Year 8 competition and are hoping to be able to take part again at the Year 9 level in their respective senior schools.

The Head of Physics and Head of Science are extremely proud of both teams and are excited to see the future impact these girls have in Science, Technology, Engineering and Mathematics. They are also looking forward to seeing what ideas next year’s D’s come up with! 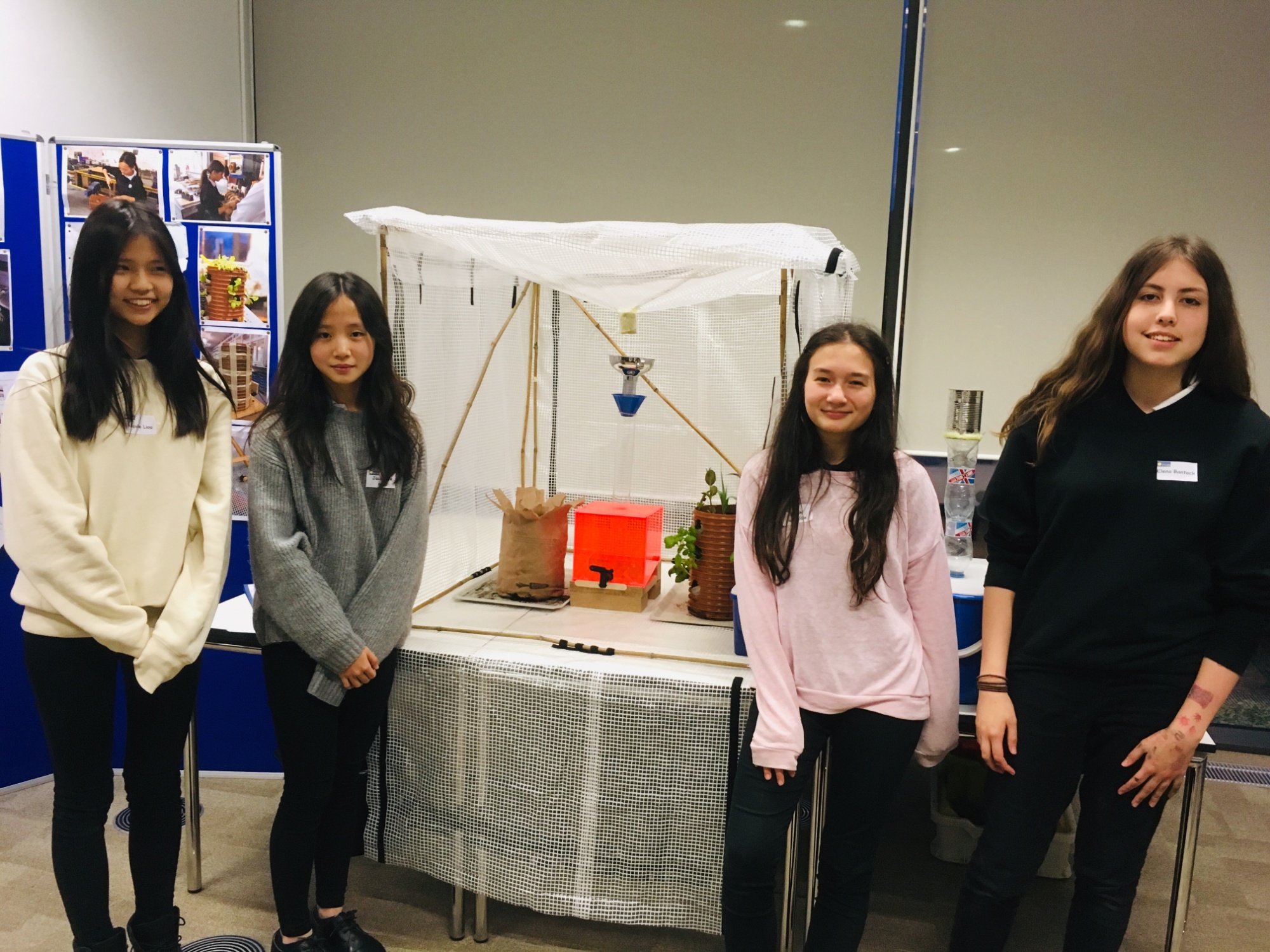