Following his remarkable achievement in reaching the summit of the world’s tallest mountain earlier this year, TV presenter and adventurer Ben Fogle returned to his educational roots in the heart of Dorset. Pupils at Bryanston School and Durweston CVEA Primary School were provided with a fascinating insight into the challenges he faced on Mount Everest and his many other adventures around the globe.

During his visit to Bryanston, Ben met with a number of his former teachers and held separate meetings with senior pupils, Gold Duke of Edinburgh's Award participants and high achievers within the school’s Performance Sport Programme. 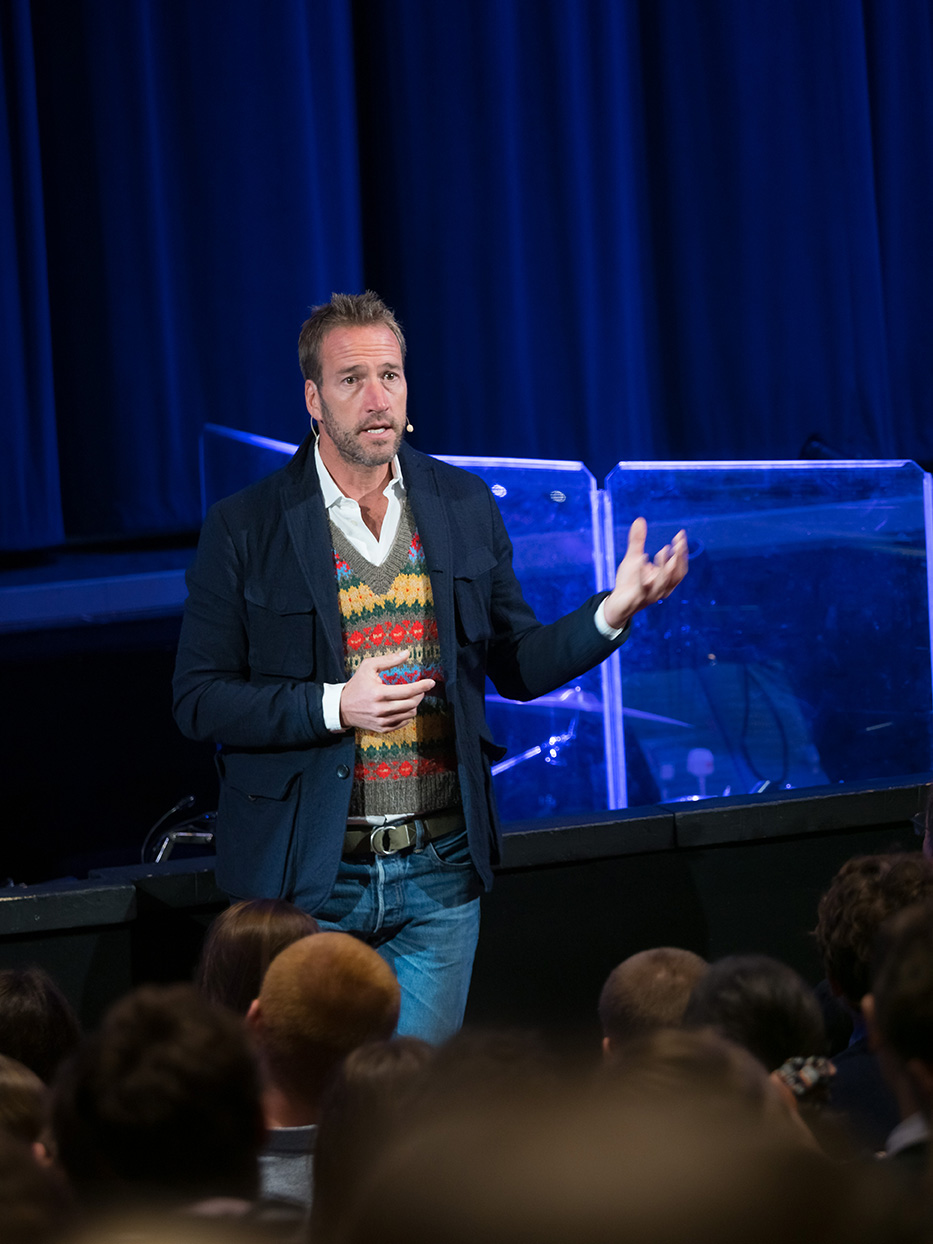 He also gave an inspirational presentation to the whole school as part of a special assembly. As a former pupil himself, he explained how his life at the school helped to open his eyes to the wonders of the natural world and encouraged him to rise to new challenges and pursue his own dreams.  “Reading about the first ascent of Mount Everest by Sir Edmund Hillary in the school library was truly amazing, but I never thought I would one day be following in his footsteps,” he said. “Bryanston helped to set me on course and was very important in helping to define my own sense of purpose and providing me with the mental resilience and confidence to say ‘yes’ to every new challenge that has come my way.”

Conquering Everest is undoubtedly his greatest achievement to date and the pupils at Bryanston were given a candid insight into the extreme challenges that he faced during the ascent and descent in the Himalayas.  Explaining the importance of mental as well as physical resilience, he encouraged all pupils to follow their dreams and to use their own educational and life experiences as a way of empowering themselves to achieve their goals and reach their own summits.

“We were delighted to welcome Ben back to the school and I know everyone found his stories about ‘achieving the impossible’ truly inspiring,” said Sarah Thomas, Head of Bryanston.  “And it’s very pleasing to hear Ben say that his time at the school helped him to overcome his early shyness to become such a focused and motivated individual who has achieved so much and is now inspiring the next generation to fulfil their own goals and aspirations.”

Later in the day, twenty-two pupils from Durweston primary school joined Ben Fogle on the banks of the River Stour to hear about his experience of swimming with wild crocodiles on a river delta in Botswana.  Each pupil had written a letter to the school’s headteacher to explain why they would like to meet the TV star and UN Environment Patron.  And, after answering their enthusiastic questions, Fogle explained the important role the younger generation has to play in helping to protect wildlife and the environment. 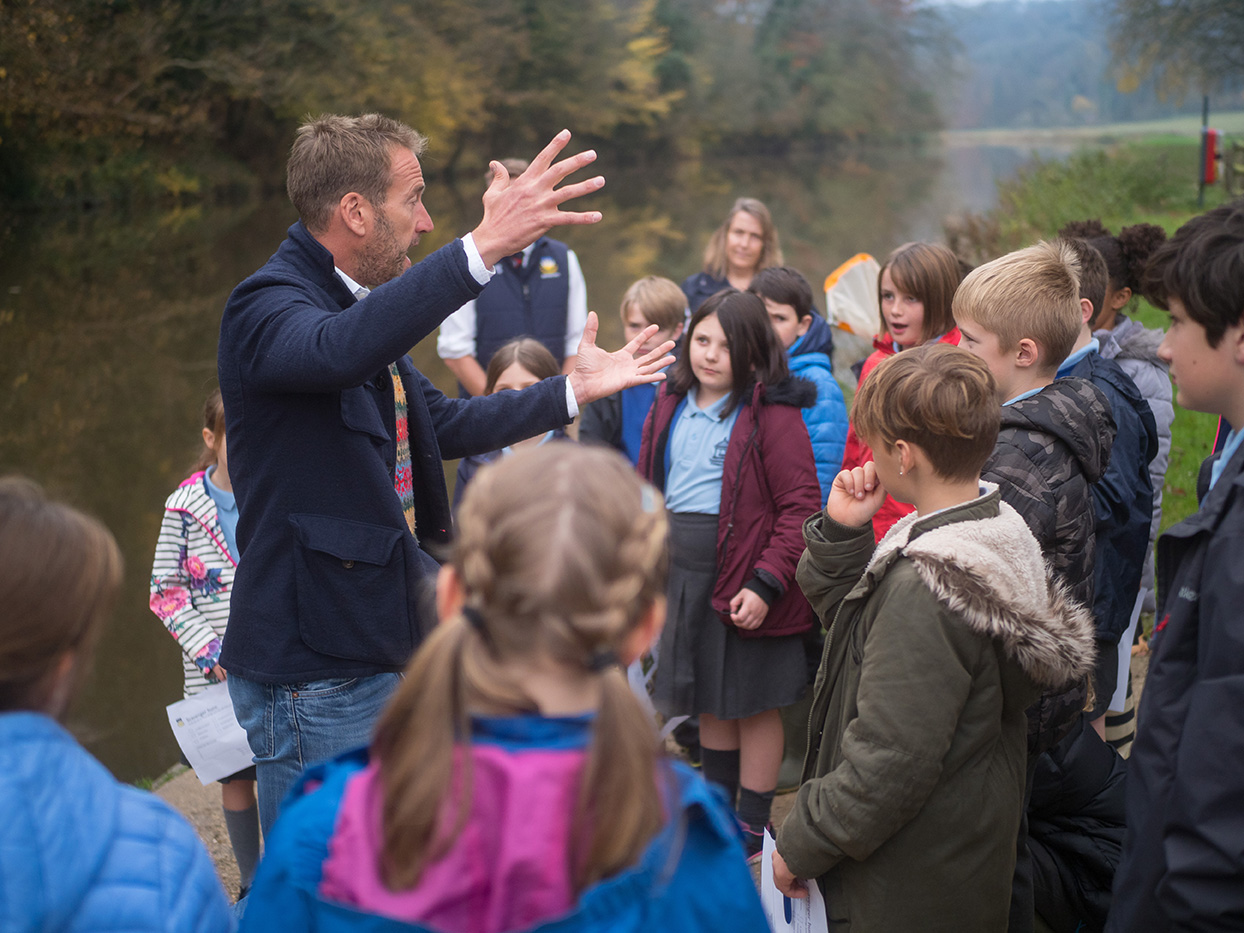 Since leaving Bryanston in 1992, Fogle has completed many remarkable feats of endurance and gruelling adventures and has become a familiar face on television. In partnership with Olympic rower James Cracknell, he has rowed 3,000 miles across the Atlantic and endured temperatures as low as -40°C to reach the South Pole in commemoration of the historic race between Amundsen and Scott in 1911. He has also crossed one of the world’s largest deserts in Oman, completed the six day Marathon des Sables across the Sahara Desert and a host of other endurance tests in support of charities that are close to his heart such as the Worldwide Fund for Nature and the Tusk Trust.