Talented pupils from local junior schools in the Blandford Schools’ Network and from prep schools as far afield as Fareham and Chichester visited Bryanston on Tuesday 4 February to take part in a special event for aspiring young scientists. 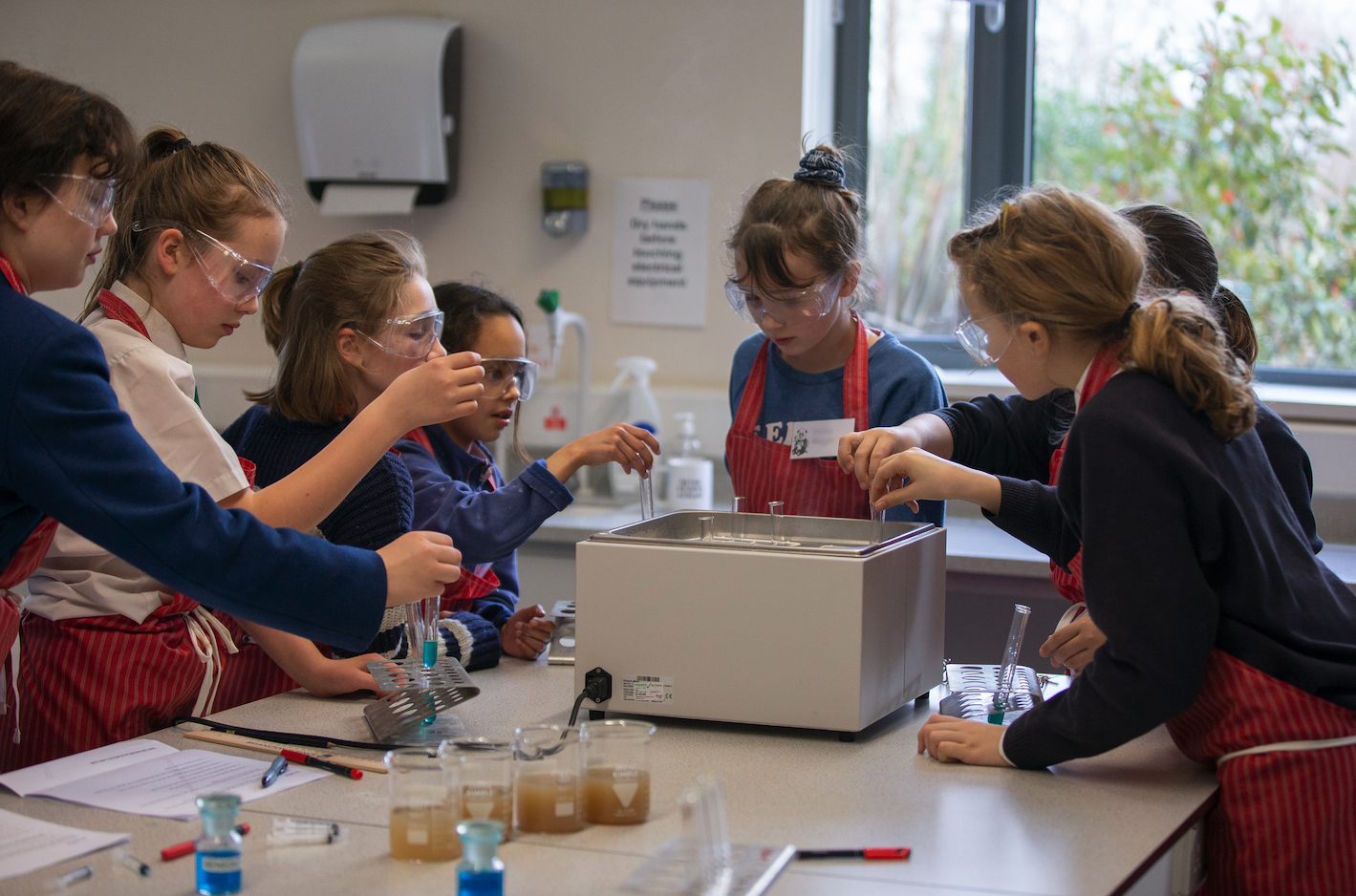 Bryanston’s ‘Science Day’ featured eye-opening practical sessions, a series of inspirational talks and a fun ‘Whodunnit’ investigation. This regular annual event continues to grow in popularity and this year was no exception, with a record number of year 6 pupils attending. For the first time this year, the day included a training exercise for teaching staff from participating schools.

Head of Science Nick Welford commented: “The aim of our Science Day is to enthuse all the pupils about the wonders of science and give them the opportunity to experience the art of discovery for themselves. Our ‘Whodunnit’ exercise gave pupils the chance to analyse and assess evidence from the scene of a dastardly crime and try to identify the culprit from a list of suspects.”

Click here to see more photos from the day.