Bryanston is proud to have been awarded Stonewall's School Champions Silver Award in recognition of our ongoing work to embed good practice with regard to promoting respect and understanding of LGBT people and issues. 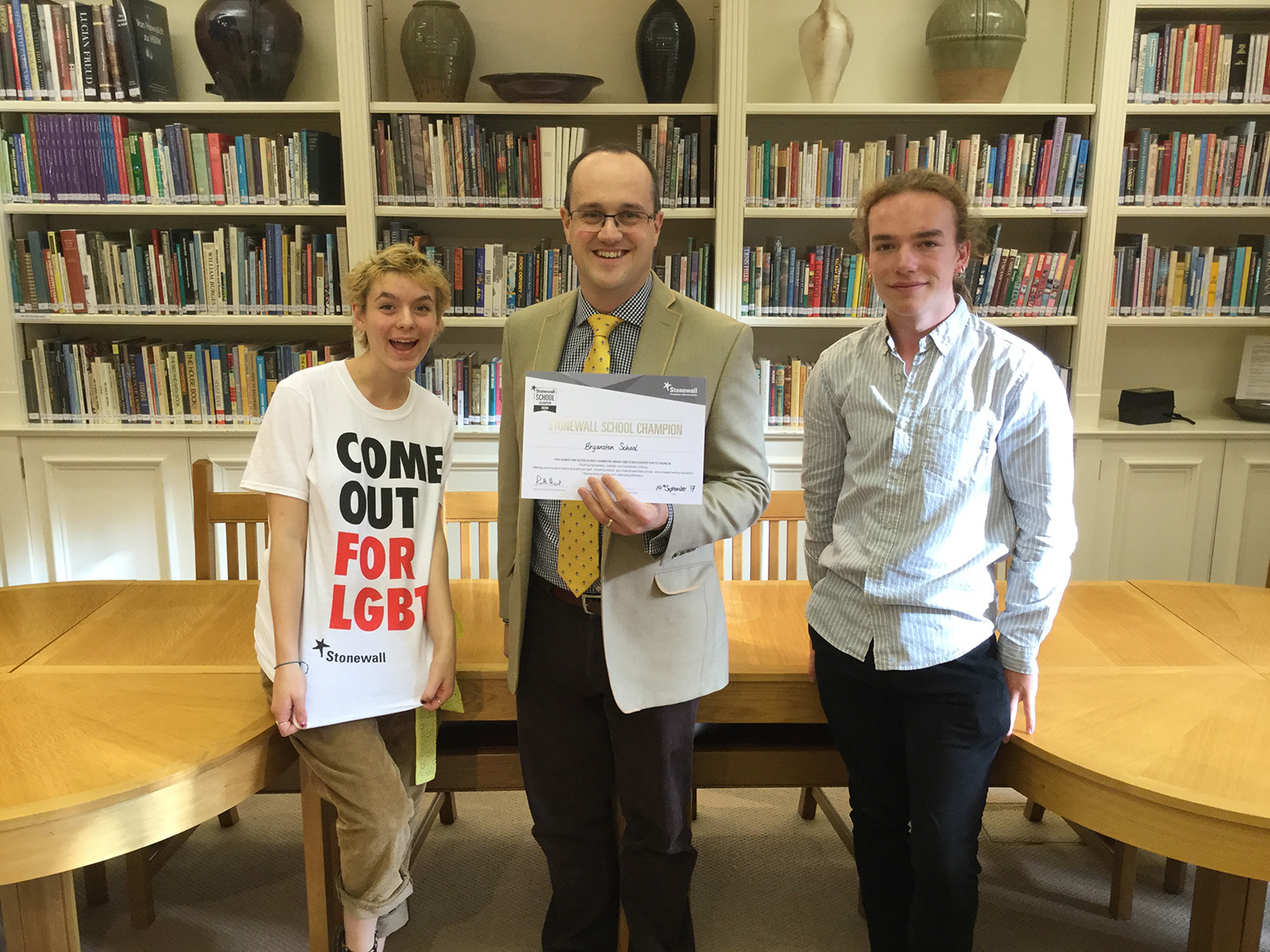 A survey of parents earlier this year confirmed that instances of homophobic, biphobic and transphobic bullying are rare at Bryanston, and ongoing staff training has explored further how to support our LGBT pupils. In addition, efforts to raise transgender awareness has led the school to explore how unnecessarily gendered aspects of school life can be addressed, and a new scheme of work about LGBT awareness for the PSRE curriculum is currently being developed.

Furthermore, a Stonewall role model visit from Sir Ian McKellen was a highlight of last year and extremely well received by both pupils and staff. Ian McClary, Head of Sixth Form and the school’s LGBT lead, commented, “It gave us a great opportunity to reflect on how far the UK has come since homosexuality was partially decriminalised just 50 years ago. We are now fortunate to live in a country which ranks in the top three with regard to legal rights for LGBT people."