On Sunday 26 June, the school hosted a 30th Anniversary lunch for the Tuesday Club. 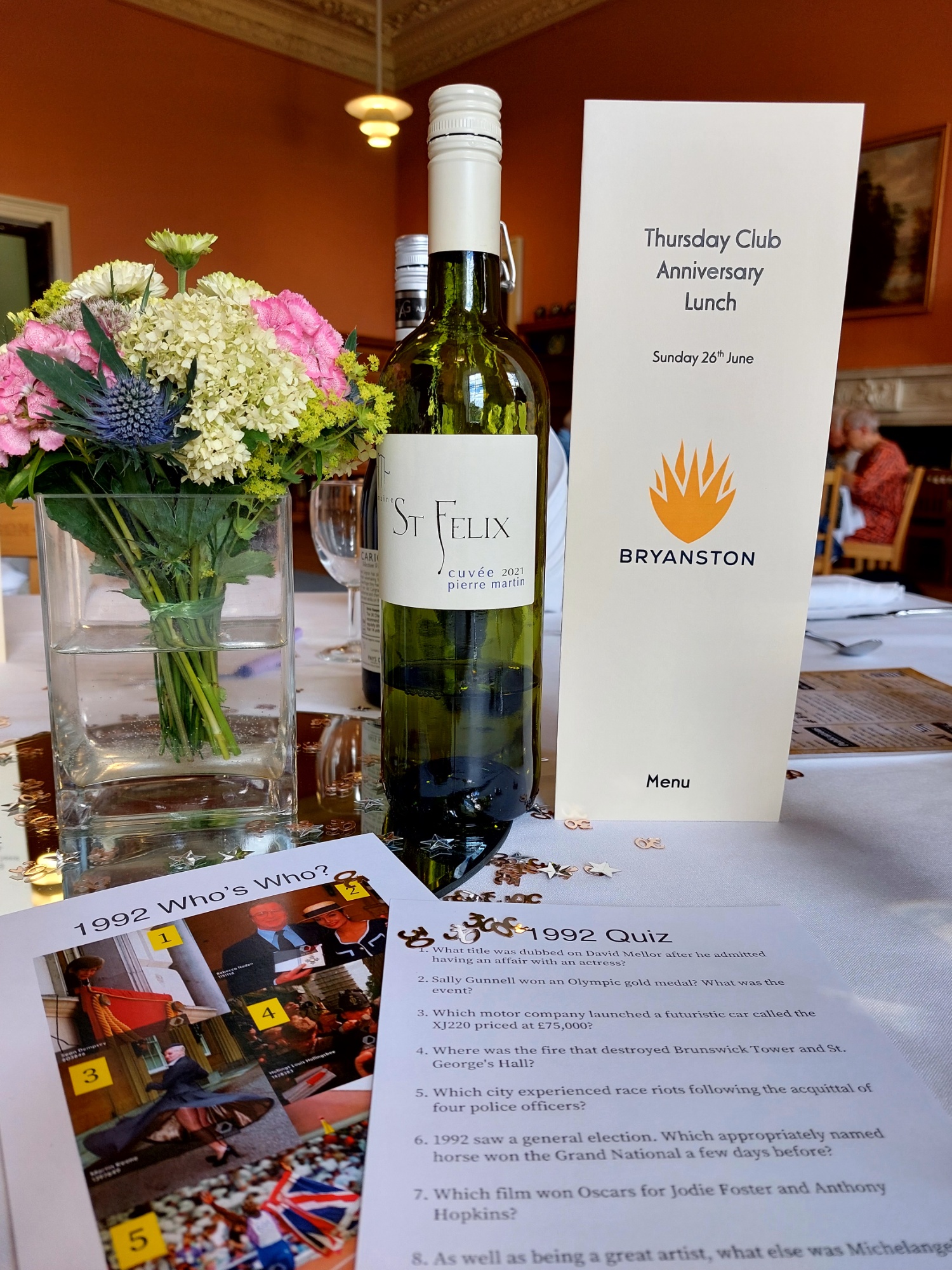 The Tuesday Club, which has been running on a Thursday this year, meets every other week in the afternoon for tea, sandwiches and cake, along with entertainment. Some sessions involve bingo or quizzes, others see visiting musicians and artists. Earlier in June we took our annual outing to the Jailhouse Café on Portland for afternoon tea.

Chaplain Revd. Jo Davis, commented: “The club is going from strength to strength, and is always on the look out for new members to join!”

The guests of honour were Ros and Tom Weare (former Head), as Ros set up the group when she lived on site. Ros commented: “I am so pleased that the group has carried on, it is one of the things I am most proud of!”

Many of the staff and pupils who have helped at the club, some for many years, were in attendance too.

The catering team served up a scrumptious roast in Cowley, followed by chocolate mousse. There were quizzes on the tables reflecting what the 1992 world looked like, which prompted some fun and interesting discussions.