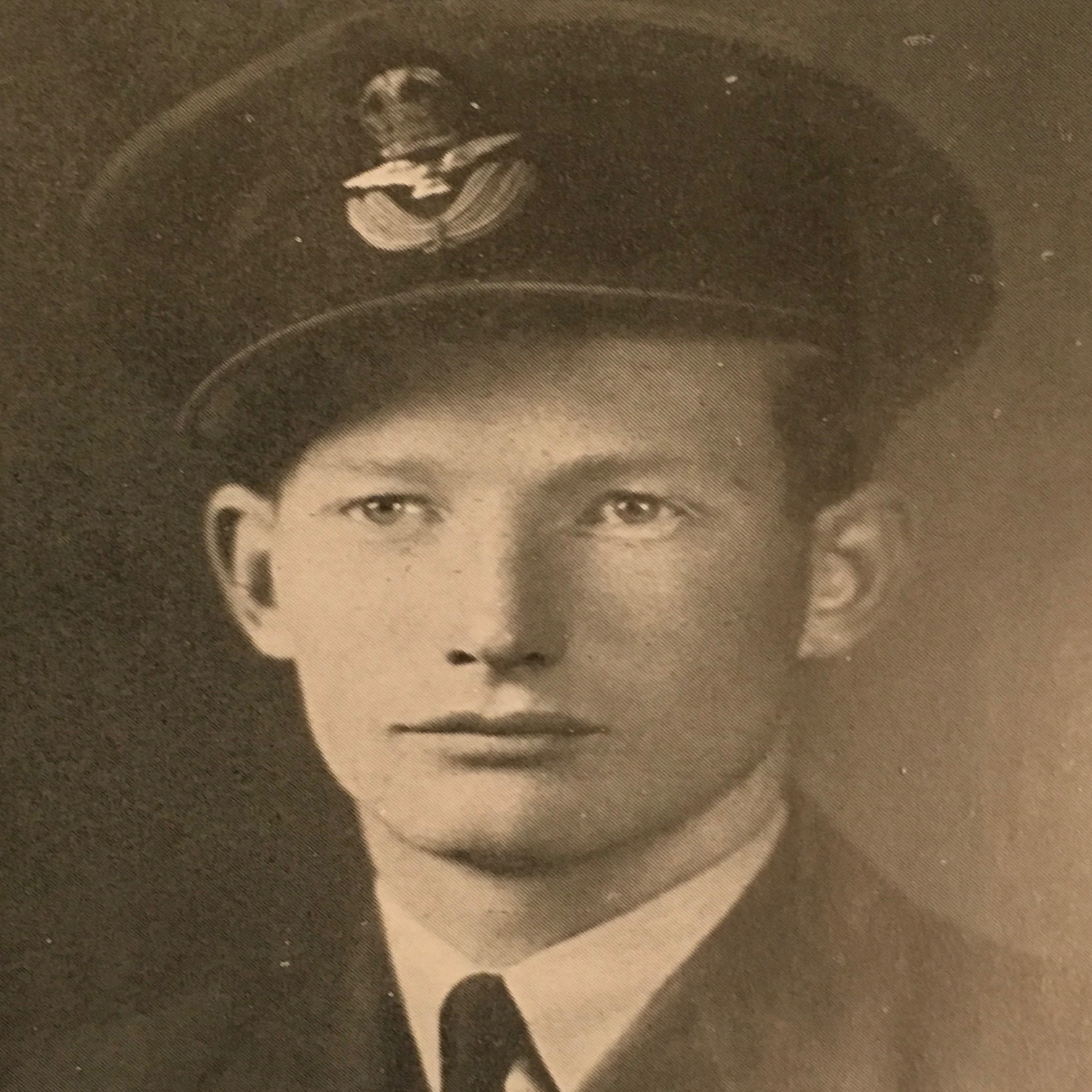 Bruce left Bryanston at Christmas 1938 to study engineering at Portsmouth.  He joined the R.A.F. in 1940.  In May 1943 he went on operations as a pilot office in a Stirling bomber.  He had sixteen combatant flights and over 1000 flying hours on his record.  He was killed as a pathfinder in a Lancaster on a flight to Hanover and is buried with members of his crew.

The official version reads ‘ Of all the raids on Hanover this one launched by Bomber Command on the night of 8/9 October was the most destructive.  The city was heavily defended by flak batteries and night fighters, and although a diversionary raid against Bremen was carried out, the German air defence controllers were not to be misled.  Of the 504 aircraft that took off, 14 Lancasters and 13 Halifaxes were shot down over the target are or during the trip back.’

Bruce Macpherson was 21 years of age, and had proved himself a keen and intrepid officer.  At Bryanston he will be remembered as a cheerful, red-headed boy, friendly and energetic.