D pupil Robert S has raised £265 to date for the charity, Amelia's Rainbow, from the sale of an annual he has created about Weymouth Football Club. 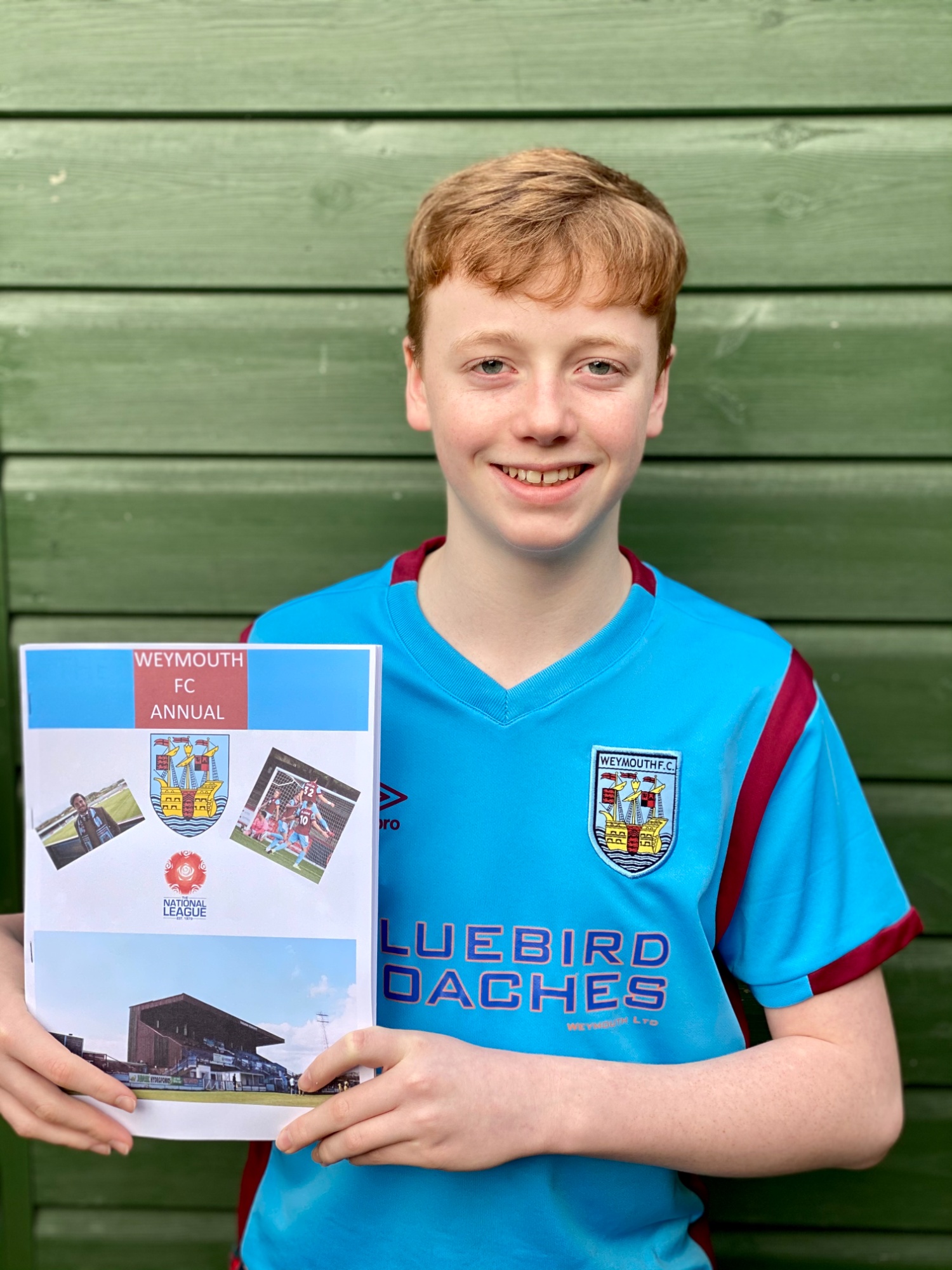 Robert began work on his annual over the Christmas holidays – the entire production being his own work and an original idea. Robert is promoting the sale of the Annual on his personal Instagram page and has sold copies to players, staff and fans as far afield as Spain. Each copy is being sold for £5, with every penny going to Amelia’s Rainbow.

Robert’s mum Madeleine commented: “Bryanston has had an amazingly positive effect on Robert in his first term. He now has the confidence to interview people that he hasn’t even met before.”