On Sunday 21 May four boys competed in the inaugural South Wilts Invitational Foil Competition in Salisbury, 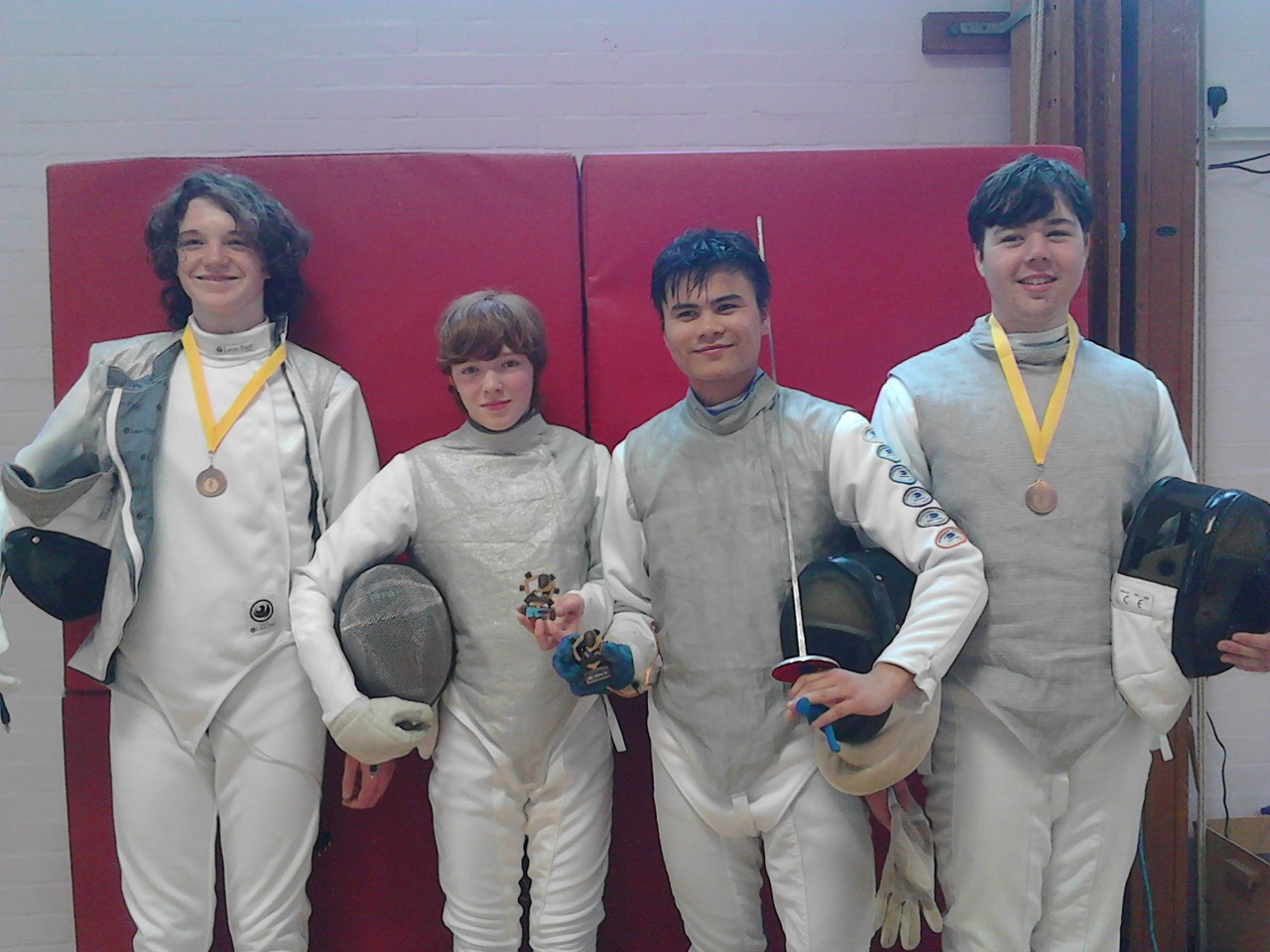 organised by our fencing coach John Routledge, founder of Sarum Swords fencing club. This competition saw 39 fencers from seven different fencing clubs come together to compete. After a series of bouts where each fencer met every other fencer in their pool, knockout rounds decided the medals.

Merlin R competed in the U18 final, and in a very close bout was tied 9:9 at full time. This led to a sudden death round, from which he emerged victorious.

In the U16 competition, Solly D did very well in the semi-final, coming back from 4:8 down to get to 9:9, just losing out in another sudden death round. He and Tom H both earned 3rd place medals. Adam S made it to the final and, in another close fought battle, he came through to win.