Huge congratulations to Bryanston pupil Matilda C on her selection for the Hampshire women’s cricket squad. 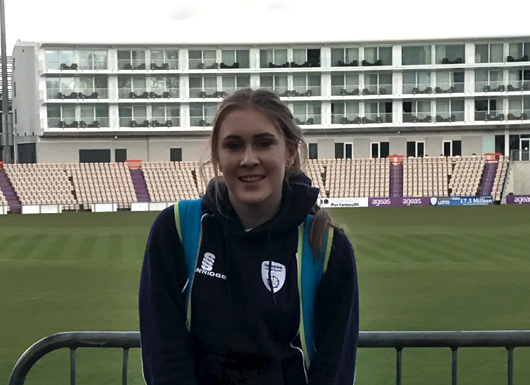 Matilda is one of just 14 women who will be representing Hampshire on the cricket pitch this summer. She will be playing alongside three international cricket players, including Charlotte Edwards, the former England women’s captain who has made 309 international appearances.

Having played for England U16s in 2015 Matilda is now focussed on county and international representation as she hopefully moves on to Loughborough in September after her A levels.

We are very proud of Matilda’s achievement and wish her the best of luck this summer on the cricket pitch.