This week we were delighted to welcome the Vincent Wildlife Trust (VWT) to Bryanston, as part of their 40th anniversary celebrations. 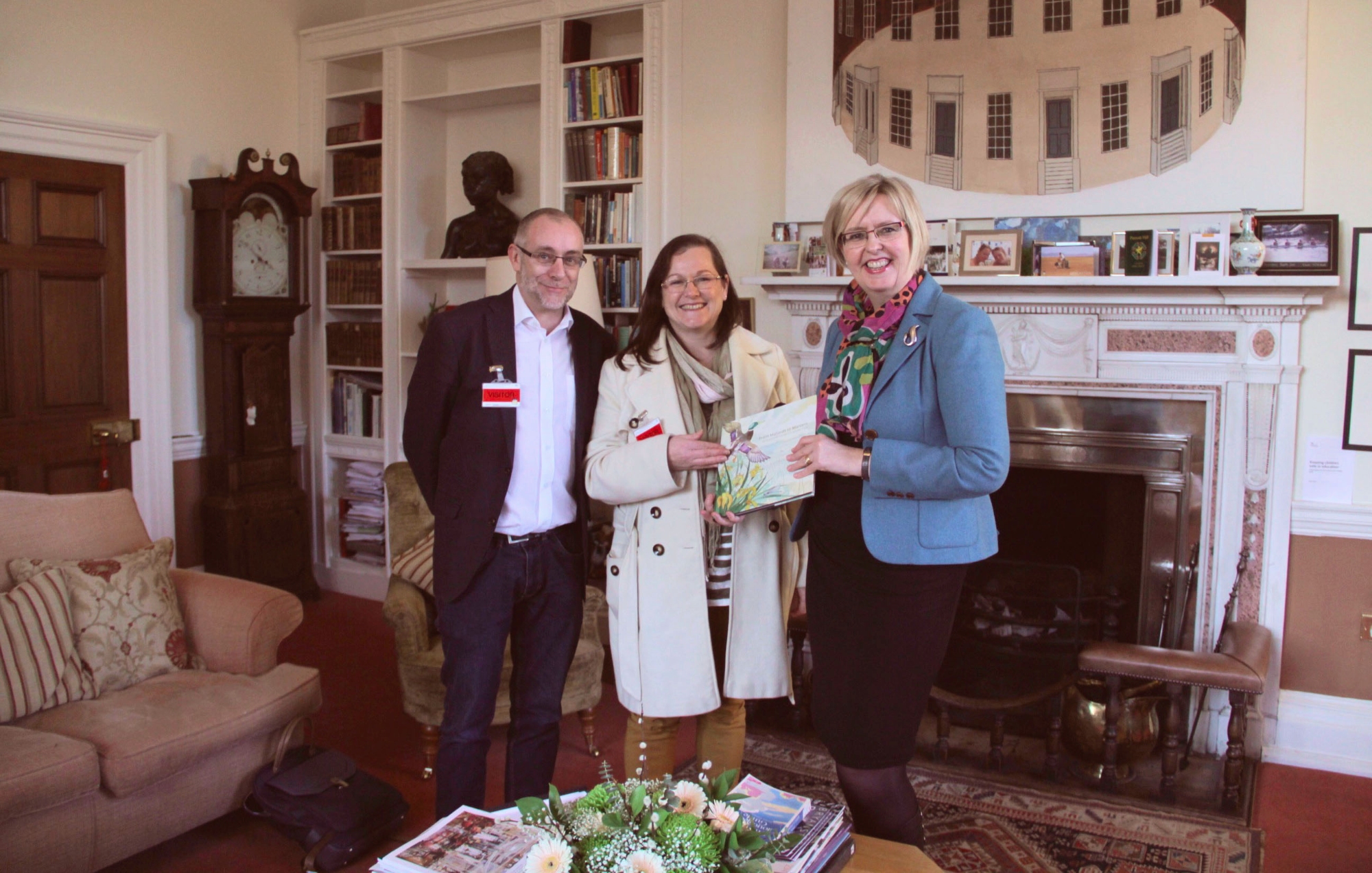 During their visit, the VWT presented Head Sarah Thomas with a special edition of From Mallards to Martins to mark the 22 year connection between Bryanston and the trust. In 1994 the VWT took over the old kitchen and its resident Greater Horseshoe Bats. In the intervening years the population of these threatened mammals has grown from 20 to 270 adults and 165 young.

The old kitchens provide an ideal place for the bats to roost and even includes the world's first tunnel dug into the rock as a hibernation area.

We would like to thank the VWT's Chief Executive and Nature Reserve Manager for an interesting and informative update on Bryanston's Greater Horseshoe Bats.