Bryanston pupils were fortunate to receive a visit from Sir Tom Stoppard, the world-renowned playwright. 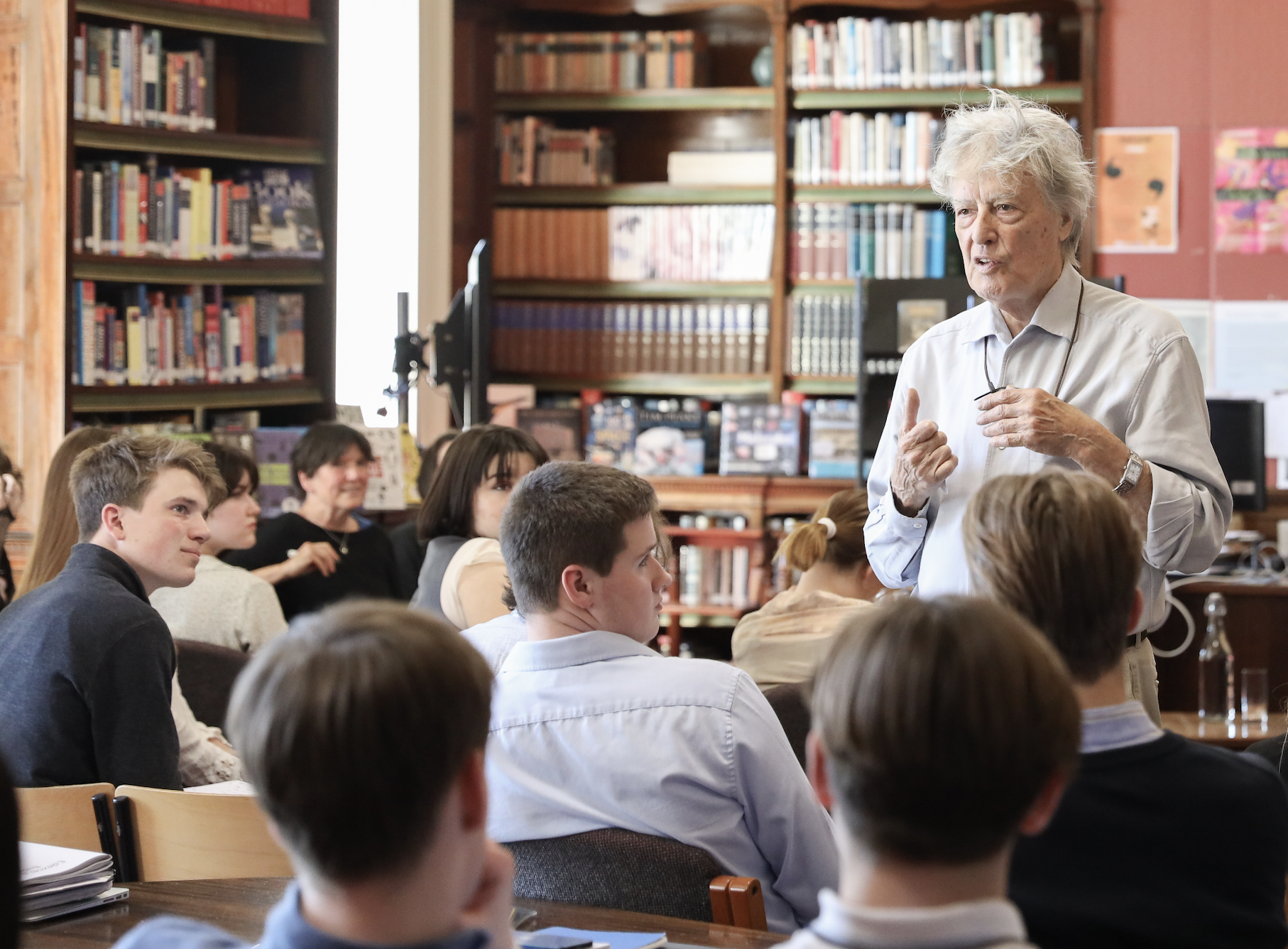 Sir Tom answered questions in the Library from our A3 pupils, covering topics such as the inspiration for characters, interpretation versus over-interpretation, writing for the screen compared with writing for the stage, directing his own work, and his own arrival as a writer in the 1960s.

After the discussion, Sir Tom was generous enough to sign copies of his books for the pupils. He was then interested to receive a tour of the school, and particularly enjoyed seeing our Greek Theatre where, last summer the school staged one of his greatest plays, ‘Arcadia’.  Several members of the cast were able to show him around.

English teacher Stephen Davies commented: “Apart from his immense generosity to our pupils and his self-effacing humour, Sir Tom reminded us all of the importance of seeing a play as a theatrical event rather than a mere text to study.  He also reminded us of the richness and value of reading. His clarity of mind left the room in no doubt of his greatness nor his warmth. I’m not sure how many Oscar winners have visited Bryanston before today, but Sir Tom now has a new generation of admirers.” 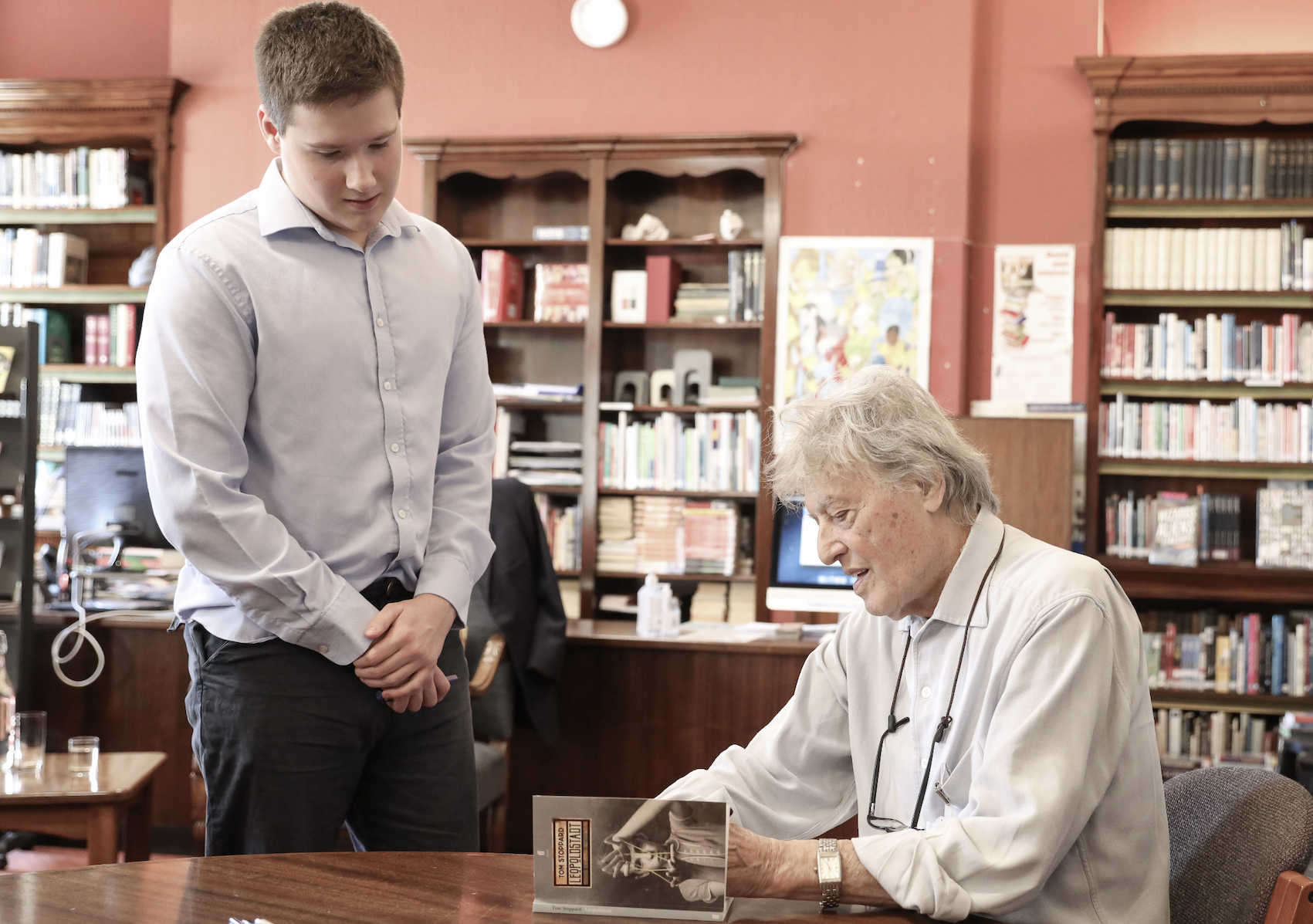