The school trip to Salamanca, Spain, was an amazing, action-packed week. We were immersed in the Spanish lifestyle by living with host families, who were both welcoming and enthusiastic. 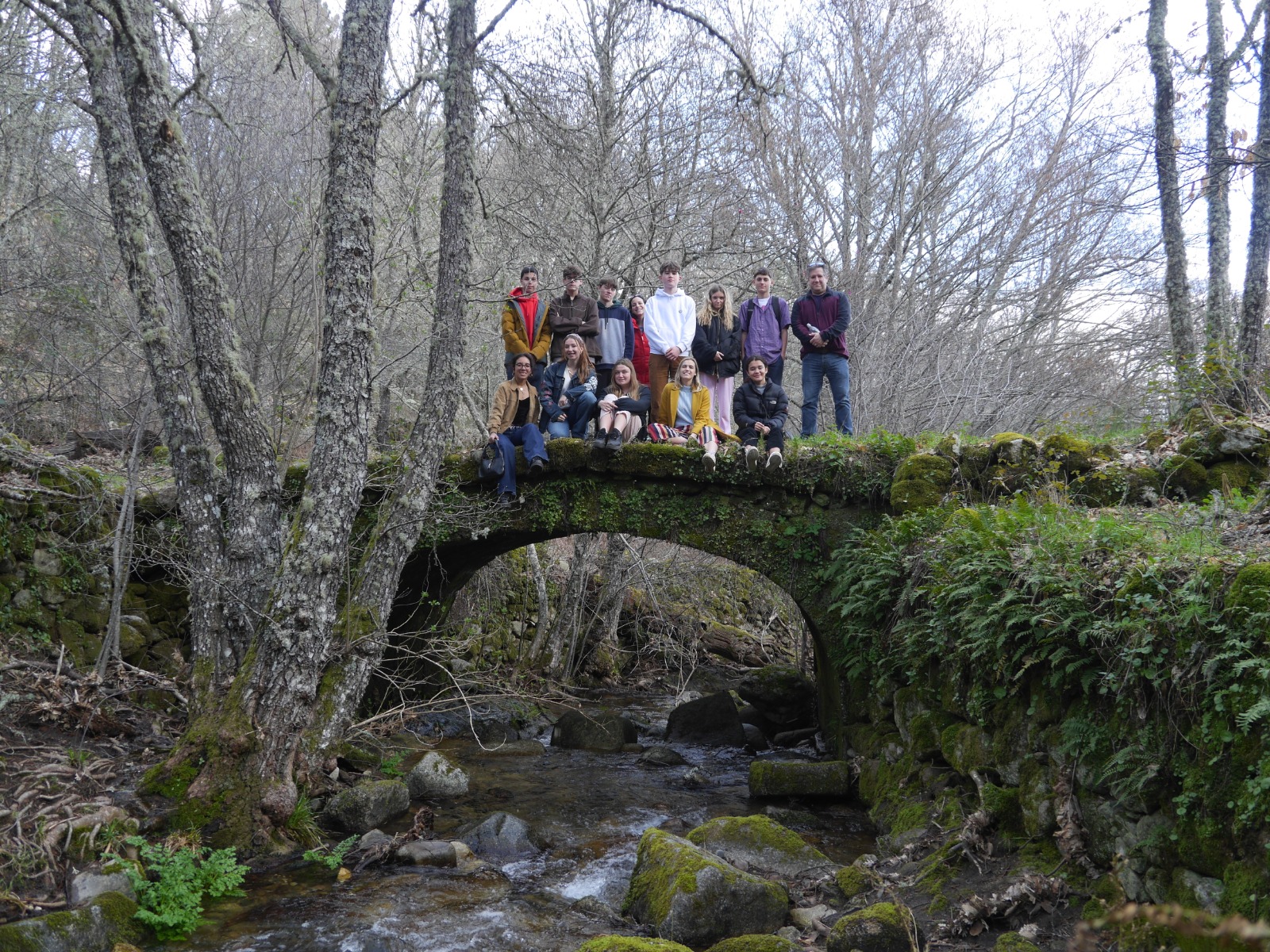 Each day we had lessons from 10am until 2pm with long enough breaks for us to go to the Spanish corner store and, with our improved Spanish, buy a bar of chocolate or a packet of crisps.

Our tour guide, Javi, was excellent and enthusiastic, making sure we clearly understood everything in his fluent Spanish whilst educating us on their culture. On our first day we visited a bull field owned by a prestigious family and learnt about the profitable business of bull fighting. We learned how well the bulls are treated in order for them to be fit enough for the fight. We found out that the bulls must be perfect with symmetrical horns and perfect coats.

We then set out on a hike where we were told about the danger of incendios forestales, forest fires, and the fact that they are a common occurance in Salamanca. During the hike we also learned about the Sierra de Francia before stopping at a restaurant for a well-deserved almuerzo, where we got to know our guide a bit better.

After lunch we visited an amazing village where the portraits of the people who used to live in the houses had been painted.We met a man whose portrait had been painted over 20 years ago and it was eye opening to see how their story had been captured in the paintings. It made the village have such a unique story with its history preserved in the pieces of art on every building. 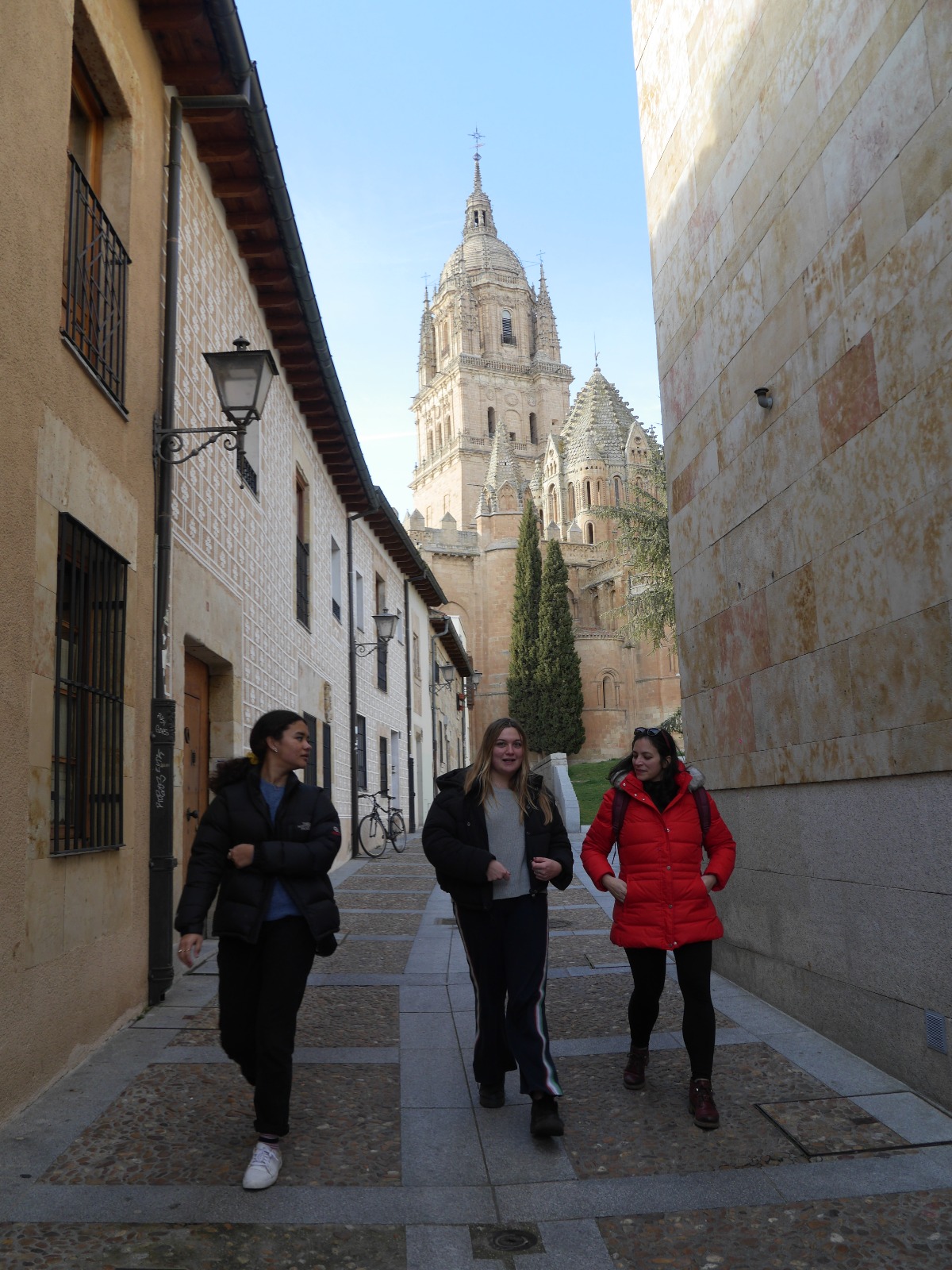 On the second day we visited the city of Salamanca; we were left amazed by the breathtaking architecture and the rich history and tradition that the city holds. We were educated on the tradition of the frog and how spotting it on the building brings good luck. We then walked to the stunning Plaza Mayor, which was made even more magnificent by the blue sky and sun shining on it. The cathedral was beautiful, and I loved seeing both the intricate details and history of the new and old buildings.

In the evening we had a Spanish dance lesson which was really fun. Usually I am very uncoordinated so it was great to see people of all abilities get stuck in. The time flew by with smiles and laughs as we returned to our homes.

On the third day we climbed the towers of the cathedral and managed to see all of Salamanca from high up. As we entered a corridor, I was left speechless by the interior of the cathedral that we saw from above. In Spanish we learned about the earthquake that had hit Salamanca and how they had to build a new cathedral to support the damaged old cathedral. In the afternoon we had a great time eating different types of tapas.

On the fourth day we had an earlier rise to eat churros for breakfast before lessons. It was amazing!! We played basketball after lunch with our families where the girls thrashed the boys, winning every competition and mini match we played. Afterwards we were left to explore the square and enjoy delicious ice creams.

In the evening we saw an amazing magic show that blew our minds! Lastly we went to a karaoke venue, which was fun. Everyone was full of energy and we even managed to sing a bit of Shakira with some local girls before poorly singing some songs from The Lion King in Spanish. We left with no voice and full of energy from the fun night. 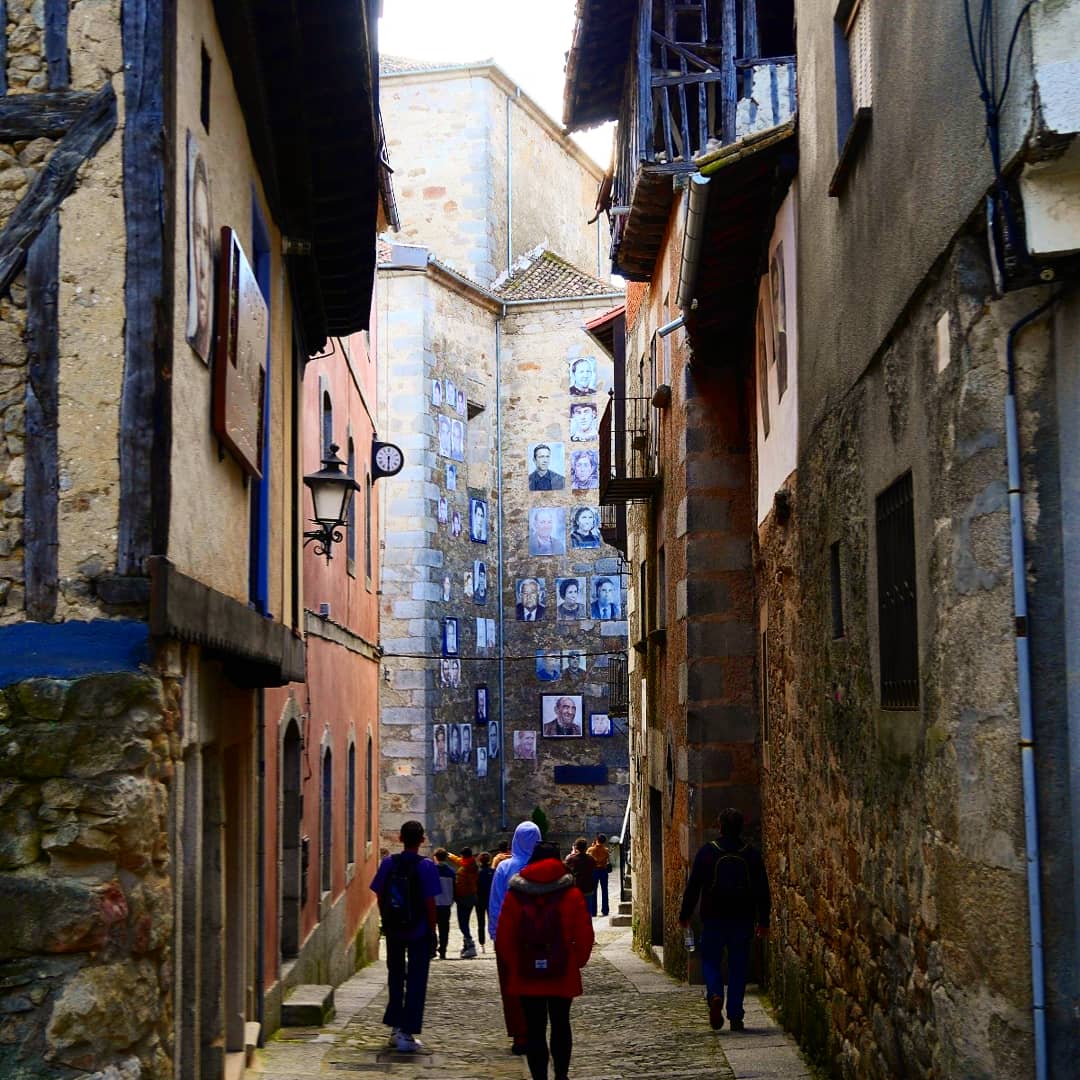 During our last day in Salamanca we visited an escape room, which was a lot of fun as we figured out the clues in Spanish amid plenty of head scratching and eureka moments. We managed to finish with 15 minutes to spare. In the afternoon we were given a challenge to use our Spanish and ask some locals about different things where we eventually had to select a Senor and Senora Salamanca. In the evening we visited an amazing paella place and left with full stomachs before we followed our guide, Javi, who helped us to navigate the public transport.

On the last day we visited Madrid, which was very hot, and were left mesmerised by the Guernica painting and the amazing Spanish culture. We walked through the busy Madrid streets and had lunch in the beautiful square. We were serenaded in front of the church and palace, leaving us all in awe.

Overall I would say it was an amazing and memorable experience which improved all our Spanish skills and made us fall in love with the city and culture.

You can view a gallery of the trip here.

By Nathalia J (B pupil)