A rigorous selection process spanning two terms, and whittling 22 pupils down to a final team, cumulated in six C pupils travelling down to Dartmoor last weekend to participate in the Ten Tors Challenge 2015 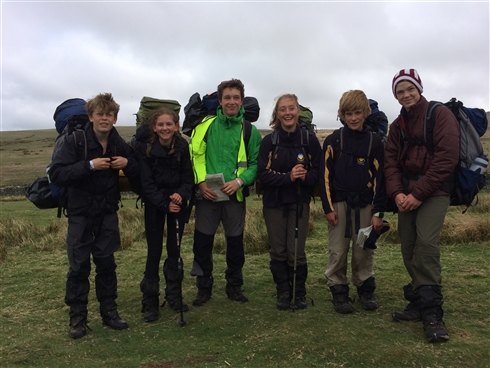 On Saturday morning after a 5am wake up; efficient final preparations were hindered only slightly by the last minute realisation that George had left his walking bootlaces back at school. Once solved, the team joined the 2,400 participants at the start point. Artillery gunfire and a fly-over by the military helicopters signalled the beginning of the event.

Tackling challenging terrain and varying weather conditions, the team worked their way round the 10 moorland checkpoints, even accidentally managing an extra two due to a minor navigational error. A final night at a wild campsite followed by another early rise meant the team were on track for success on their last day of walking.

Reaching the finishing line at 12:45pm with great applause from the crowd, the team had managed to record the earliest finishing time for a Bryanston team, thus creating a new target for next year’s hopefuls. Congratulations to all of the participants involved for a fantastic team performance.