An interview with Anthony Appiah 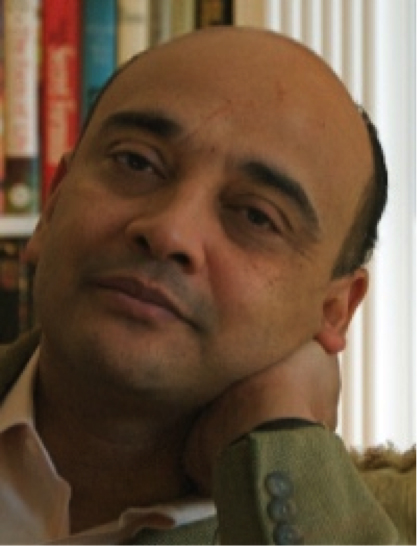 Bryanston was great for me in lots of ways (even though I was nearly thrown out for helping to organise a strike...ah, the sixties). It was where I started reading and discussing philosophy, .including with Jeremy Butterfield who's now a philosophy don at Trinity College, Cambridge. I enjoyed acting – I played Prospero, Theseus and Oberon, and Goldberg in Pinter's Birthday Party; I learned to appreciate music, though not, alas, to play the piano very well; and I learned to love biology, which was wonderfully taught. (I have a subscription to Nature, unlike most non-scientists and that's partly why.)  And rowing: when you're fit at the end of the season is the closest I've come to a mystical experience...eight fit bodies moving in unison across the summer river. Perfect!

As a pupil at Bryanston in the 1970s, is it true that you led a one-day pupil strike?

The strike was a recognition strike, as I recall. We'd started a union and made a constitution and the school didn't want to recognise it, if we claimed the right to strike. So it was very philosophical, in a way. Not a strike about a first-order question, but a strike about the right to strike. I have only the haziest memory of the issues, though.

As a Professor of Philosophy and Law at NYU Law, you are currently involved in teaching across NYU’s global centres – what is your greatest challenge and how are you going about resolving it?

The biggest challenge is dealing with jet-lag when I get back from a week or so in Abu Dhabi! In fact, it's just enormously interesting teaching both in New York and in Abu Dhabi: the students in both places are very international and very engaged, but NYU Abu Dhabi is the only campus I know of with no national majority. The Emirati students make up about 15% of the campus population and you have young men and women from every continent. You'd think it would make teaching harder, but they're so committed to cross-cultural dialogue and understanding – as well as so intellectually engaged – that it's just a pleasure to teach there. So far I've just done lectures on our Shanghai campus virtually ... but I plan to get there sometime soon.

In addition to your academic works, you have written three novels. Is your approach to writing for the different genres radically different and do you have a preference?

Part of the point of writing the novels was to vary the kinds of writing that I do, but I've been too busy with my other writing recently to write a novel. The great joy of the novel is that you're so much less constrained by reality than in non-fiction: if you want there to be a Venetian palazzo with a secret corridor, pouf! there it is. Philosophers, of course, think as much about what might be as about what is, so that we're also less constrained by actuality than some other fields. I find that the fiction writing requires longer continuous sessions of writing. I can put together a philosophy article a piece at a time, as it were; an hour here, an hour there, between classes and the other things I have to do. I've enjoyed the fiction, but I couldn't live without writing philosophy!

You are currently writing another academic book, can you tell us a little about it?

My next book, I hope, will be about the crucial role of idealisation in all areas of thought. We constantly work with simplified models of reality, pictures that leave some important things out while keeping track of other things that matter. This is a familiar idea in the philosophy of science, but I think it's crucial in ethics and political philosophy too. I argue that, given idealisation's pervasiveness, our understanding of the world is inevitably held in a variety of incompatible pictures of reality. In the meantime, a less technical book of mine came out last month in Hong Kong called A Decent Respect: Honor in the Life of People and of Nations. But to get a copy of that you'd have to write to the Law School of Hong Kong University. It's my only book not on Amazon! So maybe I should try to get an American edition done.

Who would you chose to be your top three dinner guests?

No dinner is complete for me without my husband, Henry Finder, who is the editorial director of the New Yorker. He's funny and clever and incredibly wide-ranging intellectually. (And I'm not the only person who thinks that! Malcolm Gladwell, whom he edits, once told an interviewer that he was trying to cultivate an "inner Finder.")  A typical dinner party for us involves a dozen or so people, so cutting it down to two more is super hard. We're lucky to have lots of fascinating friends: novelists, economists, philosophers, of course, poets. I guess it would be fun to talk to a couple of young environmental activists, one from China, one from Africa, say. My hopes for the future are all tied up in young people who are trying to save the planet from the idiocies of earlier generations, including my own.

As one of the world’s leading philosophers, what one piece of advice would you give to philosophy pupils at Bryanston?

Philosophy can be enormously engaging and its questions can be fascinating entirely for their own sake. But you're also picking up ideas that you will find useful in thinking about how to live, how to be a good citizen, how to understand the best thought – in the arts and sciences – of your day. You'll be better prepared for life than people who haven't got these tools for thinking. I've come increasingly to think that what matters in much of life is getting the questions right. Once you ask the right questions, the answers come,

Finally, if Bryanston School ceased to exist, what would be the greatest loss to you?

Somewhat narcissistically, I think it would be the loss of an important site of memory for my young life. As memory fades, places where you can go and recover the past seem to matter more.

Anthony is Professor of Philosophy and Law at NYU Law, splitting his teaching time between campuses in Abu Dhabi and New York.  His books are available on Amazon.  He also writes a regular column in the New York Times.  More information can also be found on his website. You won't be surprised to learn that he was asked to give a TedTalk too!