On Sunday, Henry Pyrgos led the Scotland team as they went into their Rugby World Cup match against the USA. 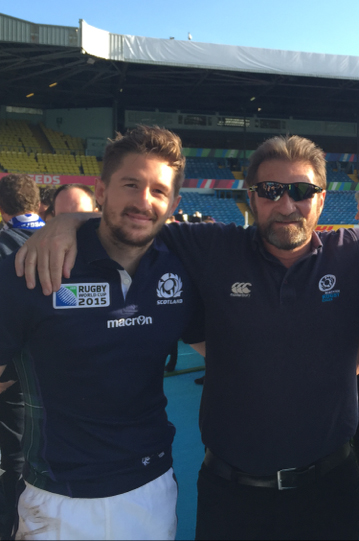 This was Henry’s World Cup debut after he had captained the team in an earlier warm-up match against Ireland in August. After a tough first half, the Scotland team picked up their game after the interval to win 39-16, and strengthen their position at the top of Pool B.

Congratulations to Henry and we wish you all the best for the rest of the Rugby World Cup.

Listen to a quick post-match interview with Henry here.