2018 is the Arrow Trophy’s 25th anniversary regatta and so it seemed an appropriate time for Bryanston to return to the competition.

The event had a record number of entries with 26 schools battling it out in Sunsail’s Match First 40 fleet.

The forecast for the weekend initially looked good, but as the event drew closer so did Storm Callum with winds of over 40 knots predicted.

On Friday evening we rallied together at Port Solent prepared for a tough crossing over to Cowes. However, conditions soon improved, and we spent a great evening catching up and drinking Dark & Stormies hosted by the Royal London Yacht Club

On Saturday the weather again posed a problem and the fleet was limited to white sails only with two reefs in the main. 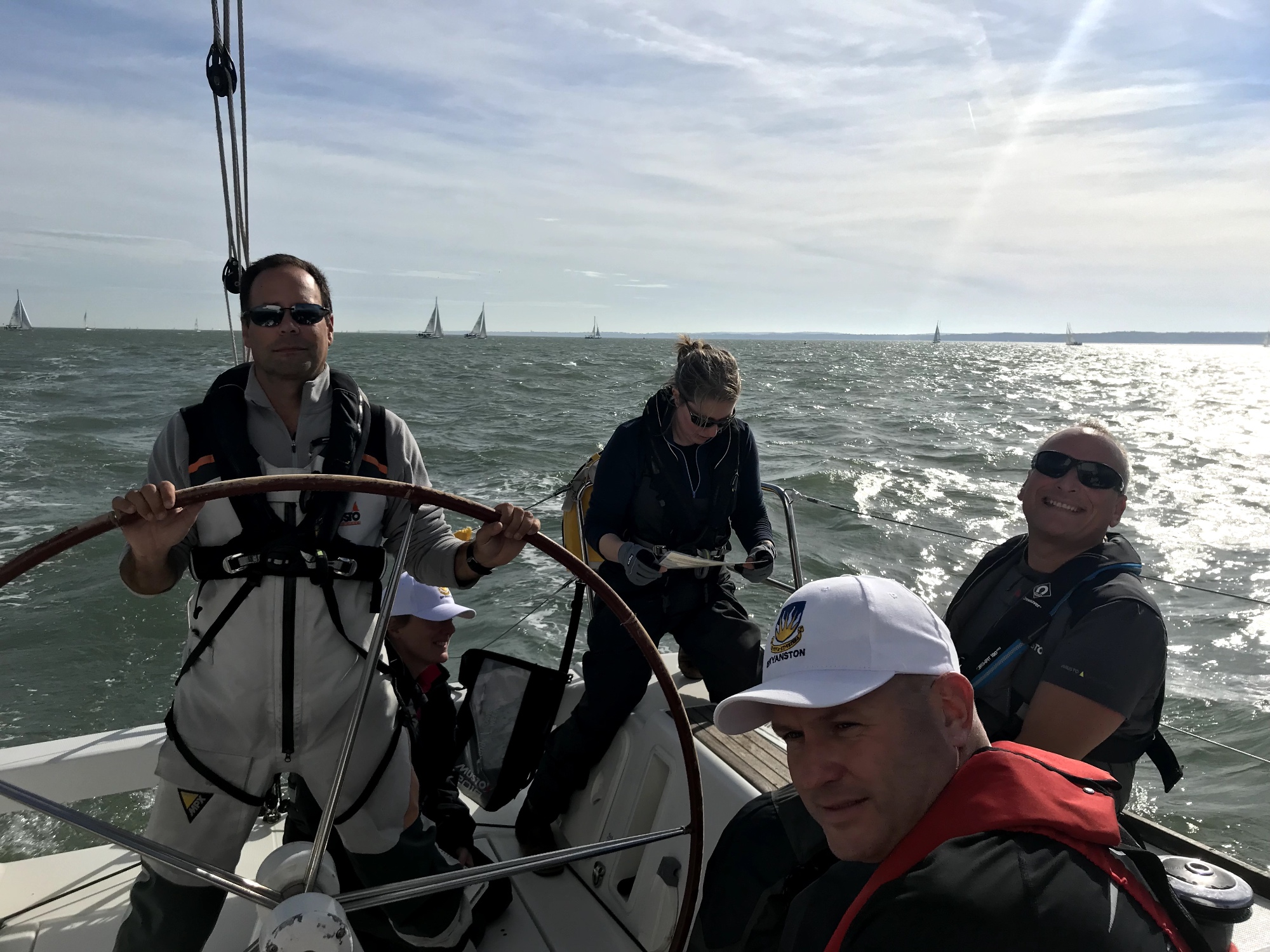 The motto of the weekend seemed to be ‘drive it like you stole it’ and in our first race we bore witness to a spectacular port-starboard situation between Cheltenham and Charterhouse, which saw Charterhouse out-of-action for the rest of the regatta. Despite a few crashes over the weekend the standard of racing was extremely high with very tight racing.

Thanks to some superb helming and tactics, we managed to avoid any collisions and finished Saturday in tied 15th place overall.

Saturday night saw the annual Arrow Trophy Dinner, an excellent evening which was eventually ended only by the thought of an 8.30am briefing the next day.

On Sunday we woke early thanks to the crazy high winds and pounding rain - a sleepless night for those of us staying on the boat. Again, we were limited to white sails only and donned all our wet weather gear prepared for a challenging day on the water.

Fortunately, the rain stopped just in time for our first race and we had our best racing of the weekend, finishing the regatta in 16th place overall.

Despite the weather, it was an awesome weekend and was great to finally have a Bryanston team back competing. Not only was it a great chance for the old timers to reconnect, we also introduced a new generation to the crazy world of the Arrow Trophy. A brilliant time was had by all and we will definitely be back next year!