A small professional orchestra joined Bryanston pupils for a balanced, enjoyable and moving programme of music on Friday 29 April. 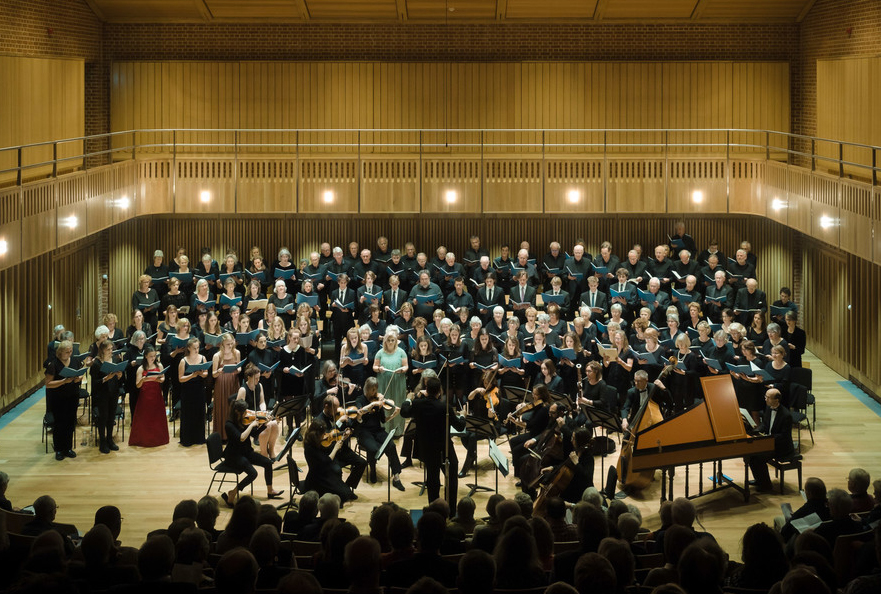 The orchestra played with tremendous assurance and vigour in the Forrest Gump Suite, followed by the string orchestra in the four movements of Wirén's Serenade. The string quartet accompanied Anthony H’s brilliant guitar playing in Pujol’s Tangata de Agosta and Angelica L gave a delightful performance of In truitina from Carmina Burana.

Everyone in the hall was moved by Adam FW’s performance of his own composition, Memories, singing and accompanying himself on the piano. A heartfelt and beautifully rendered tribute to his late grandfather.

The combined choir of the Choral Society and chamber choir, of nearly 130 singers, completed the first half of the evening with the early 20th Century  Faire is the Heaven. Set to the words of the Elizabethan poet Spenser, it forms a subtle dialogue between two choirs of truly heavenly music. Although the learning of this beautiful work had presented challenges, by the time of the performance all the singers had, under Graham Scott’s direction, come to love it, and this was evident to the audience.

The concert concluded, under Duncan Emerson’s direction, with a performance of the joyous early 18th Century Gloria by Antonia Vivaldi. With the Choral Society, Chamber Choir, Orchestra and Graham Scott on the harpsichord, there were over 150 performers packed in. A work familiar to many was given extra crispness in the sufficiently ample, yet intimate, setting of the Elder Concert Hall. With the pleasing blend of young and more mature voices, it was richly enjoyable to all present, and it was so much enhanced by the wonderful talents of the five pupil soloists: Isobel M, Millie D, Sumei BS, (sopranos) Lotte T and Isobel T (contraltos).

Congratulations to all pupils who took part in this remarkable and polished concert, which was particularly impressive so close to the start of term.