The A2 music scholars came together for their final Scholars Concert on Wednesday 30 September 2015 at 8.15pm in the Elder Concert Hall; it did not disappoint. 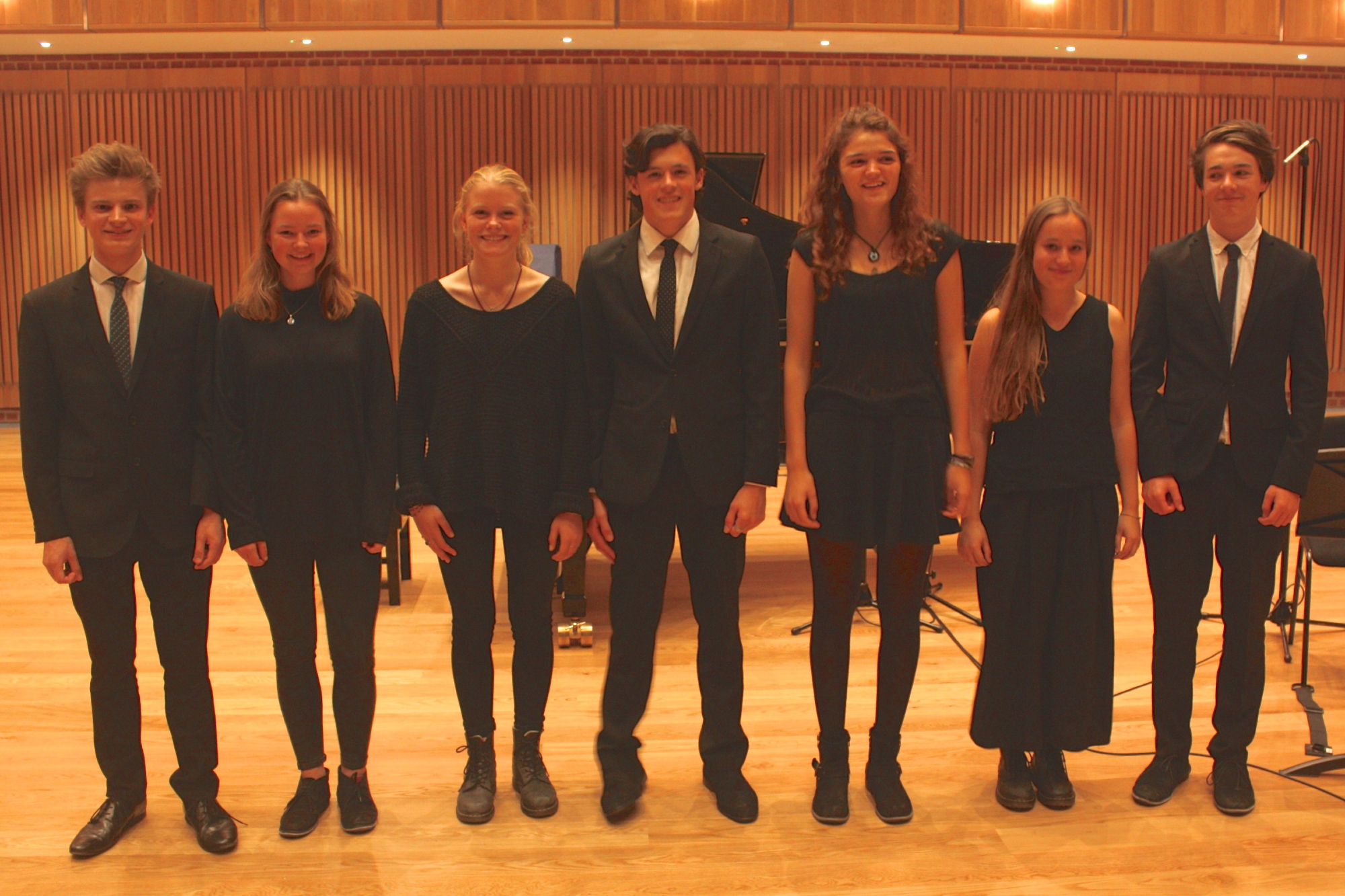 The whole evening was very moving and many impressive and beautiful performances were given. Congratulations and thanks to all of the performers and also to the brilliant accompanists Graham Scott and Matthew Shenton.

Millie D started the concert with Chopin’s Waltz in B minor on the piano. Adam F-W sang Down by the Salley Gardens arr. by Britten. Isobel M performed Resignation by Dancla on the violin. Iona M played Prelude formed on an Indian Scale by Alwyn. Alma O-E performed Prelude and Christmas Dance by Vaughan Williams on the viola. Anthony H played Fantasia by Mudarra on the classical guitar and Harry E-W performed Variations on a Slovak Theme by Martinu on the cello.

Listen to a selection of their performances here.