On the evening of Saturday 6 June Bryanston parents, staff, families and pupils were treated to the biennial Outdoor Summer Concert. 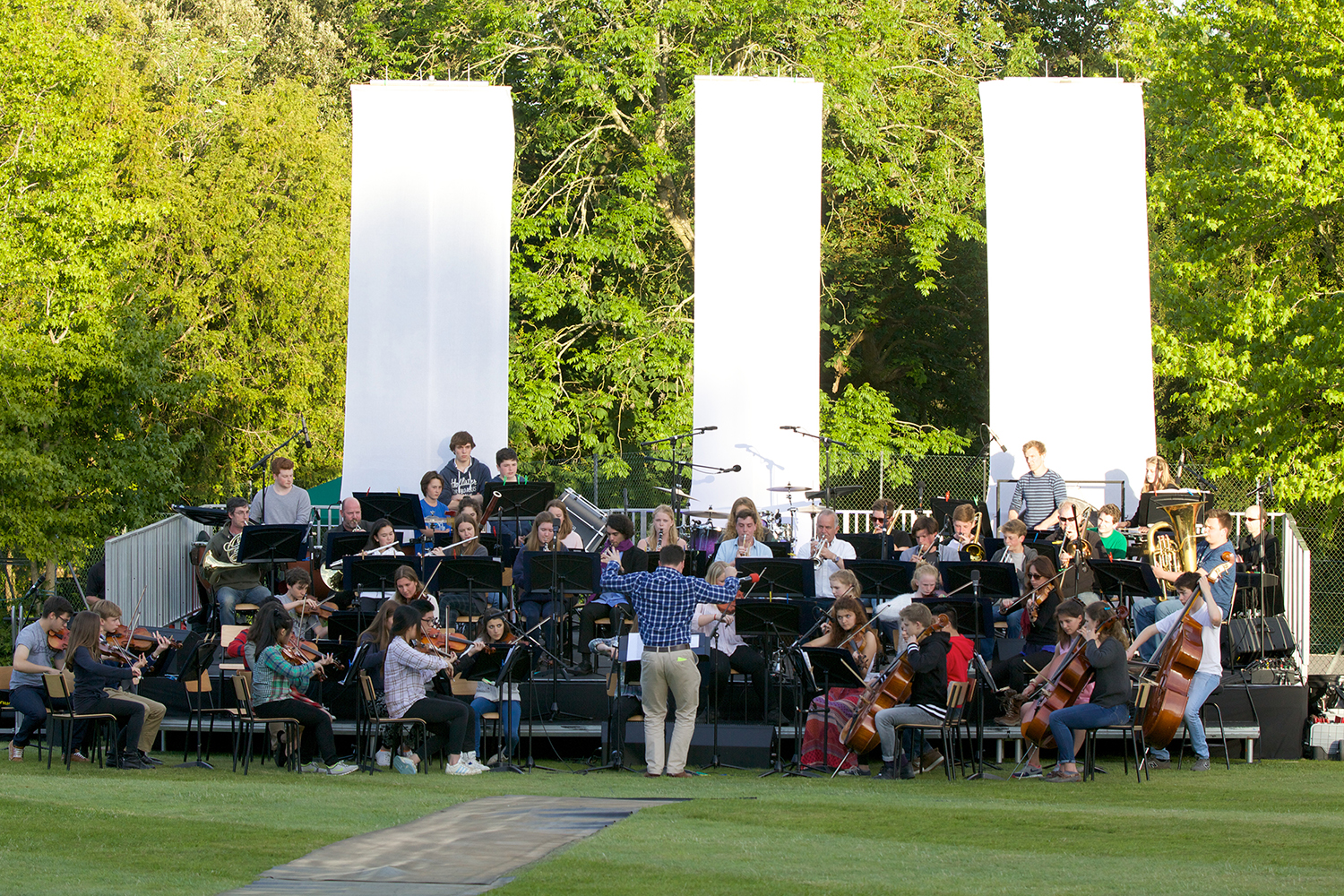 It was a wonderfully relaxed evening made especially enjoyable by the beautiful weather. The evening started off just before 7pm with Niamh Simpson singing Nick Cave’s ‘Into My Arms’ beautifully, accompanied by Mrs Cassell. The Rhythm and Blues Band then gave us Earth, Wind and Fire’s September sung by Issy Duggan, then Sam White roaring through two belting blues numbers Midnight Hour and Mustang Sally.

The Percussion Group followed with a brilliantly rhythmical Samba, then the Amaris Choir were next on the platform with sonorous and heartfelt renditions of Empire State of Mind, with a mellifluous solo from Freya Cavendar, and Fix You by Cold Play. After a swift stage change the Orchestra played a wonderful medley of music from famous film scores, skilfully directed by Duncan Emerson. The Dance Band, directed by William Ings, raised the musical temperature, as the chill in the air started to set in, playing Sir Duke, Revival and a fantastic arrangement of the ‘tune of summer 2015’ Up Town Funk. Never a band to disappoint, Dance Band were on particularly good form on the night! Doors to Manual, obviously a favourite of pupils and parents alike, gave the audience a short three song set. This was as polished as ever from this always popular A2 band.

As the evening drew towards its firework finale the Concert Band took their place on stage first playing Caravan and a tribute to Frank Sinatra medley. Then they were joined by the Bagpipe Band with a heart warming performance of the favourite Scottish tune Highland Cathedral. As the fireworks lit up the almost dark sky the Concert Band finished the evening off with a brilliant performance of Harry Gregson-Williams Narnia medley.

A rousing end to a wonderful evening of musical entertainment and picnicking!