The school choirs were joined by choristers from Salisbury Cathedral, the Bryanston Choral Society and Bryanston Sinfonia for the Spring Concert. The inspirational setting was Christchurch Priory and its wonderful acoustic and visual splendour lifted the spirits of all who were fortunate enough to be there to listen or to perform.

The first part of the concert featured three musicians of great distinction who are sadly coming to the end of their time at Bryanston. Sumei B-S sang Vivaldi’s Nulla in mundo with great beauty of tone and considerable skill. That was followed by Freddie F’s poised and plaintive reading of Finzi’s Eclogue for piano and orchestra. The first half finished with the slow movement of Bruch’s Violin Concerto performed with emotional depth and power by Kate S.

Christchurch Priory was the perfect space for both the intimate and grand moments of Britten’s Saint Nicolas. The choirs sang with character and beauty, demonstrating their agility and versatility in the wide range of styles that Britten demands, while the Salisbury choristers (trained beautifully by their Director of Music, Susie Lamb OB) charmed everyone as the Young Nicolas and Pickled Boys. With the organ, choir and orchestra resounding at earth-shattering volumes, the congregation joined in a rousing rendition of the appropriately-titled All People That On Earth Do Dwell Sing to the Lord with Cheerful Voice. 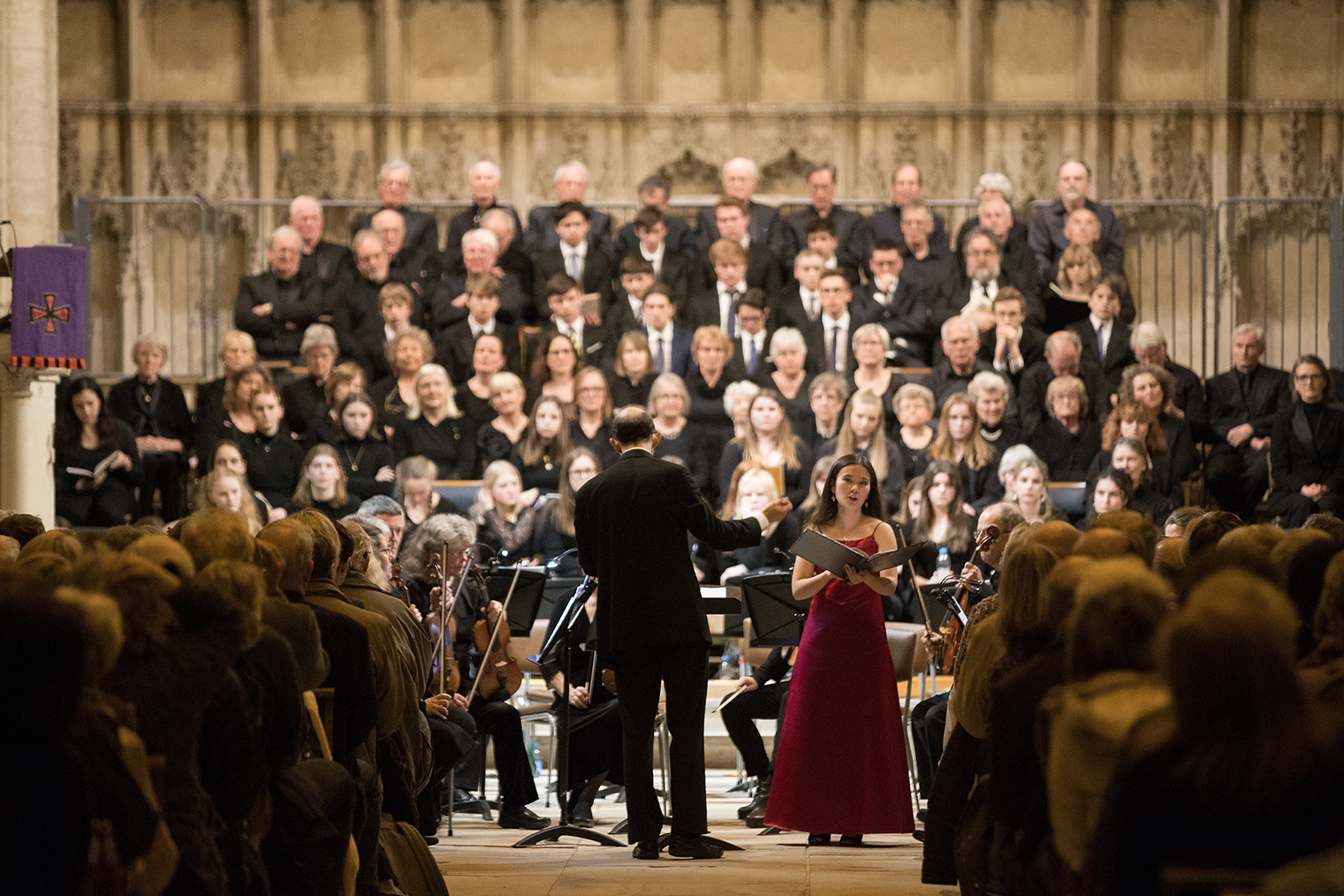