On Thursday 22 March, the Music Department presented an evening of '80s music in the Coade Hall 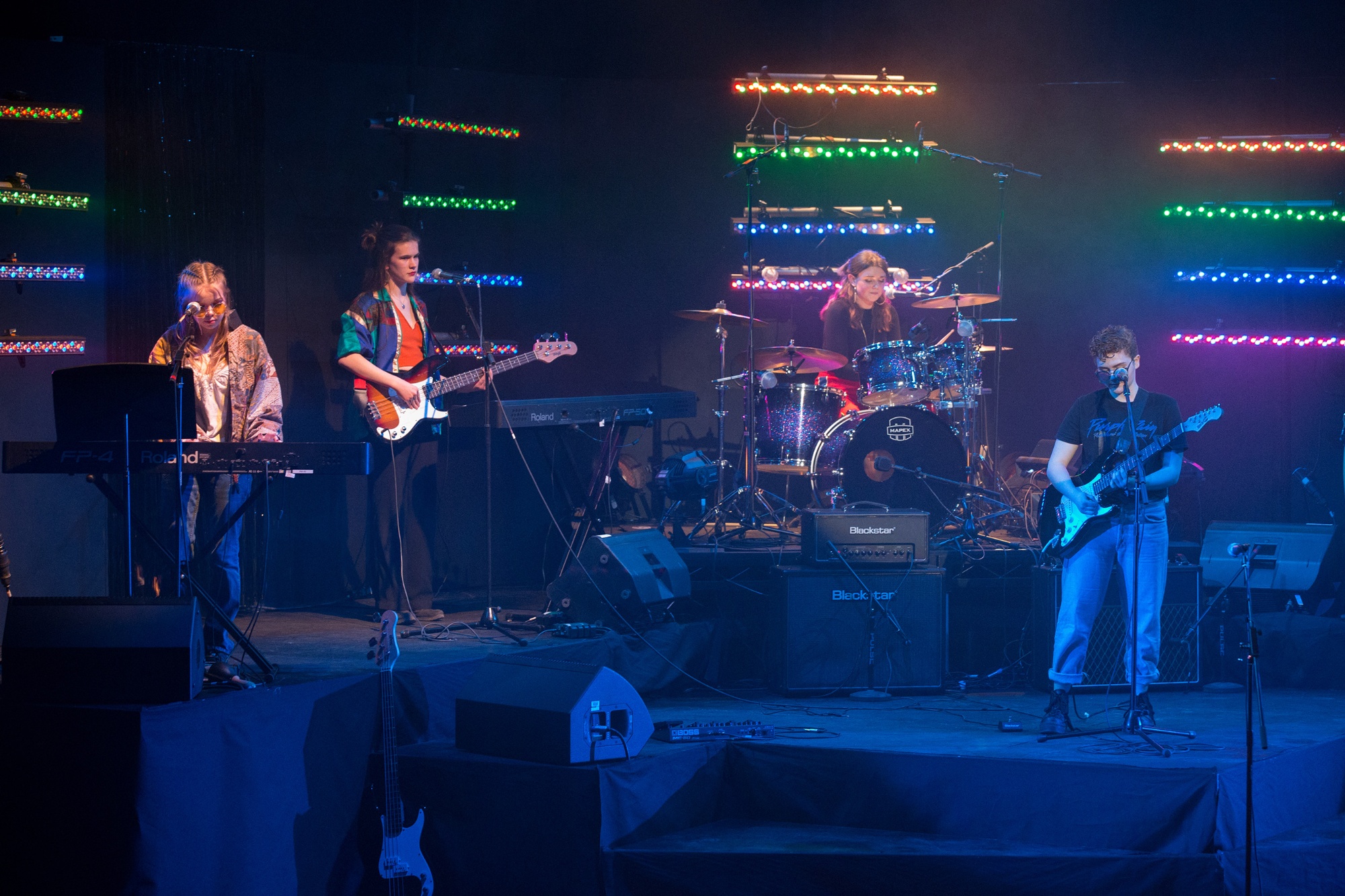 James Henshaw and his team designed and built a multi-level set, reminiscent of an '80s Top of the Pops studio, complete with confetti cannon, pyrotechnics and '80s lighting. Eighteen separate acts took part, covering songs by The Human League, The Cure, Bon Jovi, The Police, Toto, Luther Vandross, Blondie, Kim Wilde, Hall and Oates and Simple Minds, among many others. The pupils presented themselves with their usual polish and professionalism, following many weeks of rehearsals. The Head Boy and Head Girl, Harry and Lotte, 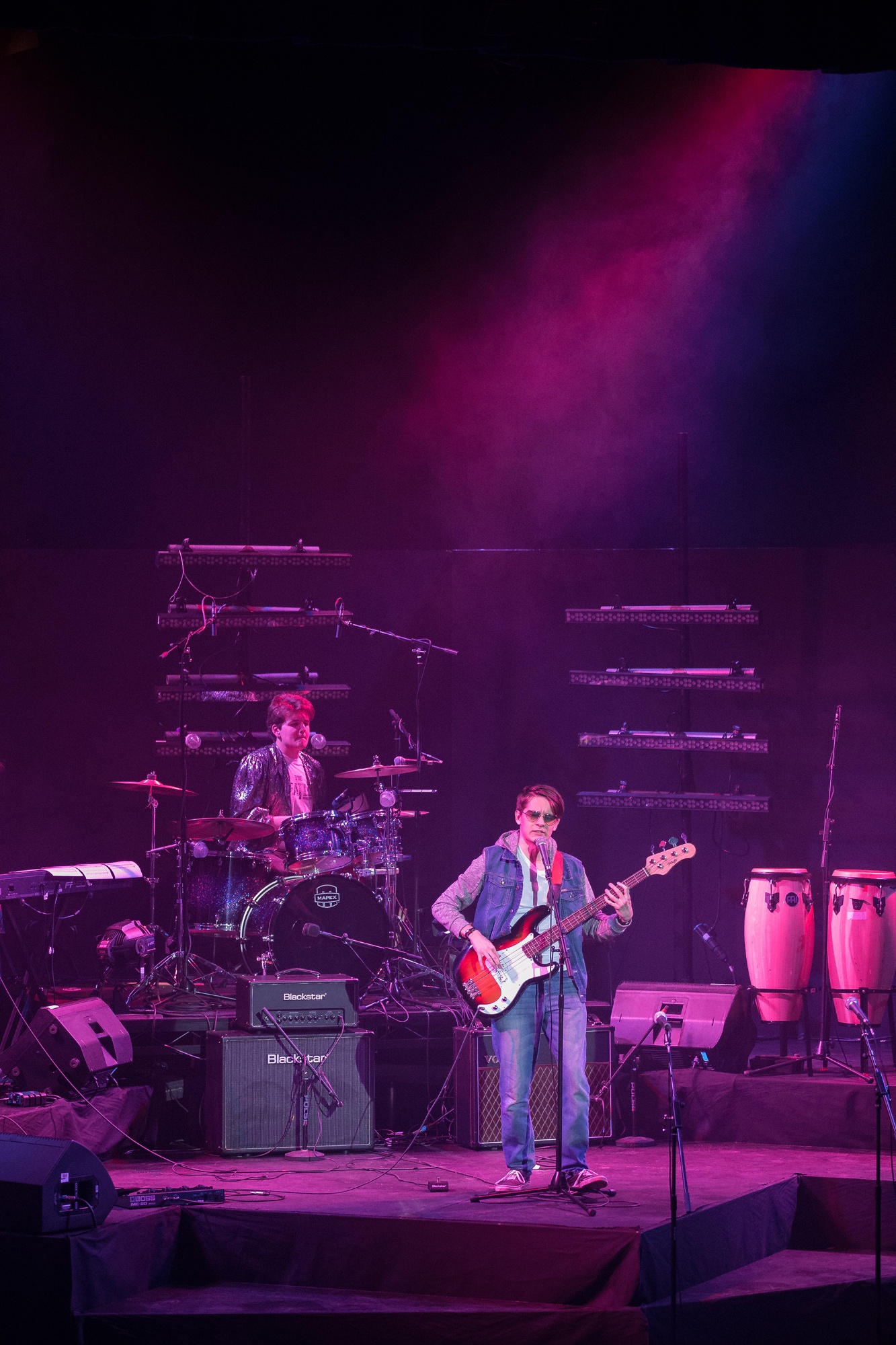 both appeared on stage within many of the bands and the A2 year in particular was very well represented, most notably in a 12-person performance of the Toto classic, Africa. Lotte and Poppy T deserve recognition for their multiple appearances on a wide variety of instruments and May P also impressed with her breathtaking arrangement of the Tracy Chapman song, Fast Car. Pili W and Angus P both deserve special credit for their attention to detail in their guitar solos and sounds. The upper three years of the school demonstrated a great level and depth of talent and every act seemed to have an amazing, fun few minutes on the Coade Hall stage! Tim Pennells worked his usual mastery as sound engineer for the whole day  and evening, while James and his Coade Hall team created a fabulous sense of occasion with their spectacular backdrop for what was a thoroughly enjoyable evening.

Sadly, this was the last bands gig under the coordination of Head of Percussion, Richard Baker. Richard, for a good number of years alongside his brother Dan, has inspired, encouraged, arranged and helped an enormous number of Bryanstonians to have the courage and musical awareness to get up in front of the whole school and perform pop music as soloists or in bands in Coade Hall as well as outside school. As an OB himself, he has always understood the value of these occasions both musically and personally and it is impossible to put a number on the pupils he has encouraged in this way. Richard's final concert at Bryanston will be the Fireworks Concert on Saturday 9 June, so happily it is not goodbye quite yet, however, it is absolutely right and fitting to acknowledge the incredible role he has played in organising the bands at Bryanston for so many years. This particular bands gig was a superb one to go out on. Thank you, Richard.

View the gallery of images from the concert here.