Winchester Cathedral was the beautiful setting for this year’s Spring Choral Concert, which took place on Friday 9 March. 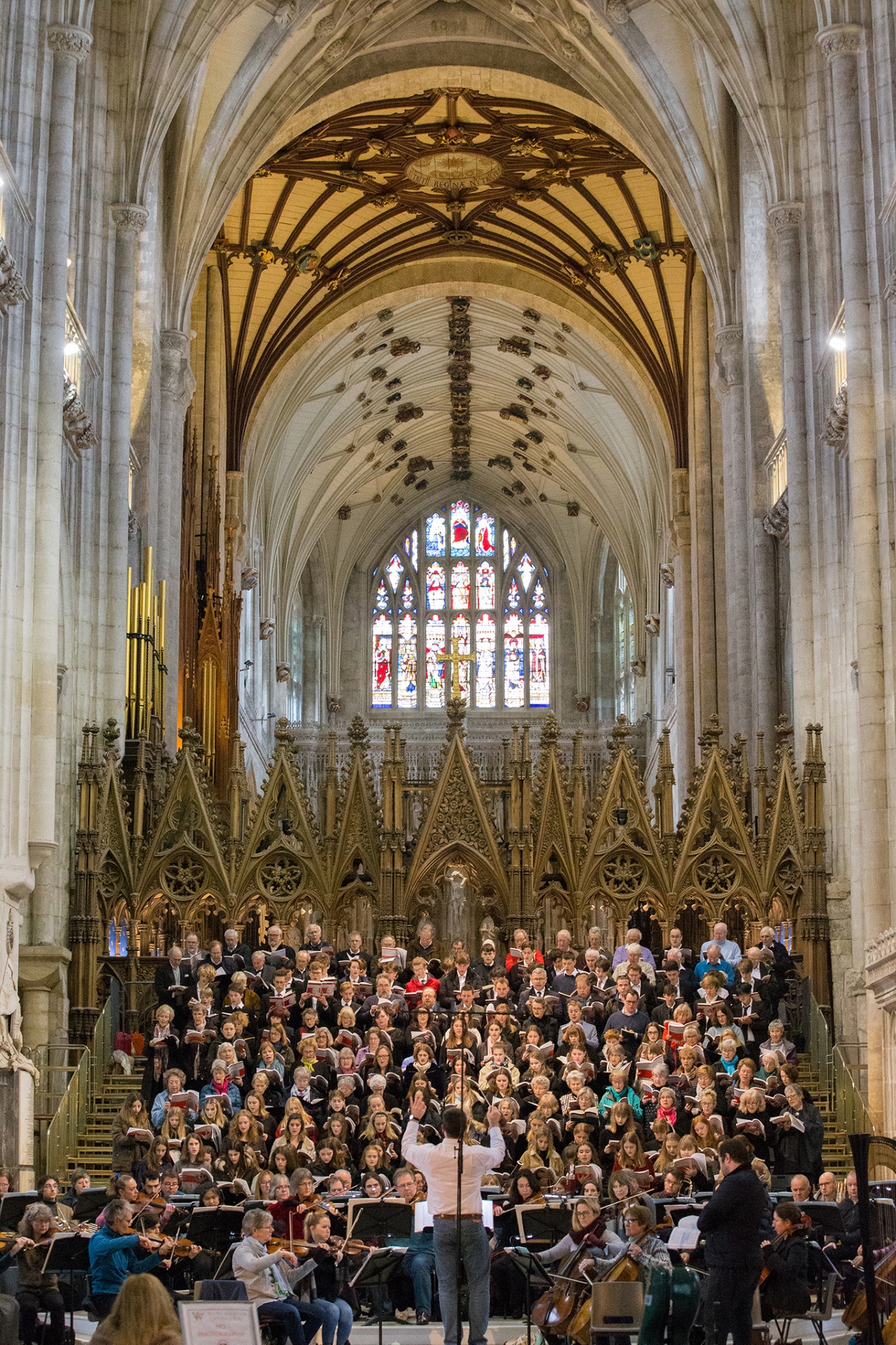 As is tradition, the Bryanston adult Choral Society joined forces with the combined pupil choirs to deliver an exceptional performance of Elgar’s The Dream of Gerontius, an ambitious and challenging work set to the poem by John Henry Newman telling the story of a soul’s journey from his deathbed to his judgement before God. In addition to the two large choirs, the pupil chamber choir featured with a small core of professional singers taking the role of the semi-chorus and Angelicals.

The concert opened with the premiere of A Symphonic Prayer for Orchestra and Choir.  Composed by Duncan Emerson, Director of Music, on his sabbatical in Italy last summer, it was a beautifully orchestrated piece with influences from a range of composers such as Tchaikovsky, Walton, Bach, Rachmaninov, Brahms and the film composer, John Barry. It painted a beautiful picture of the rolling hills and vineyards of the Piedmont countryside, and was full of passion, colour and emotional depth. It began with an expectant low rumbling bass drum and high tremolo strings, whilst solo woodwind instruments introduced the main theme of the piece. This led to a chorale section set to the text of an ancient Celtic prayer, May the road rise up to meet you. After the orchestra took us on a wonderful musical journey, the choir ended the piece with a setting of the Lord’s Prayer, starting with a slow-moving and gentle passage for a cappella choir and solo soprano, sung by Sumei B-S, whose beautiful, pure voice floated over the top of the texture with ease. A grand and exhilarating end to the piece was followed by generous applause. 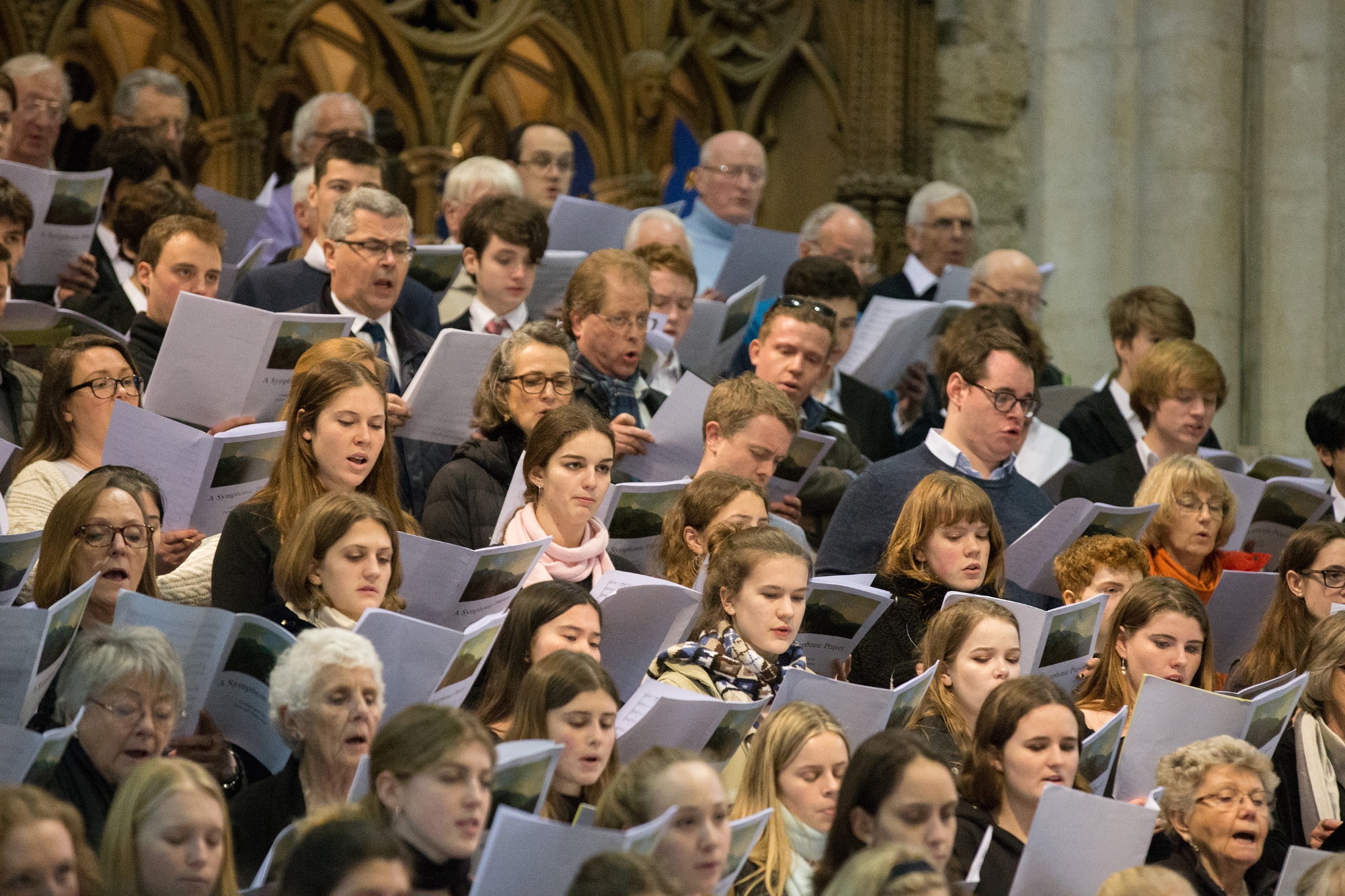 The Dream of Gerontius followed and after the powerful orchestral overture, brilliantly played by the professional orchestra, we were introduced to the solo tenor’s voice, Peter Davoren, who played the part of Gerontius with great emotion and conviction. Colin Campbell sang the bass part as the Priest with a lovely richness of tone, and the Angel, sung by Alison Kettlewell, produced a wonderfully warm performance, skilfully delivering the meaning of the text with great expression to the audience.

The choirs were clearly well rehearsed and Part I in particular was outstanding. Their range of dynamics, allowing for wonderful and meaningful expression, provided moments of such tenderness contrasting especially with the sheer power of the climactic choral moment Praise to the Holiest. The semi-chorus, led by Richard Rowntree, Head of Singing, also produced a beautifully balanced and highly polished sound. 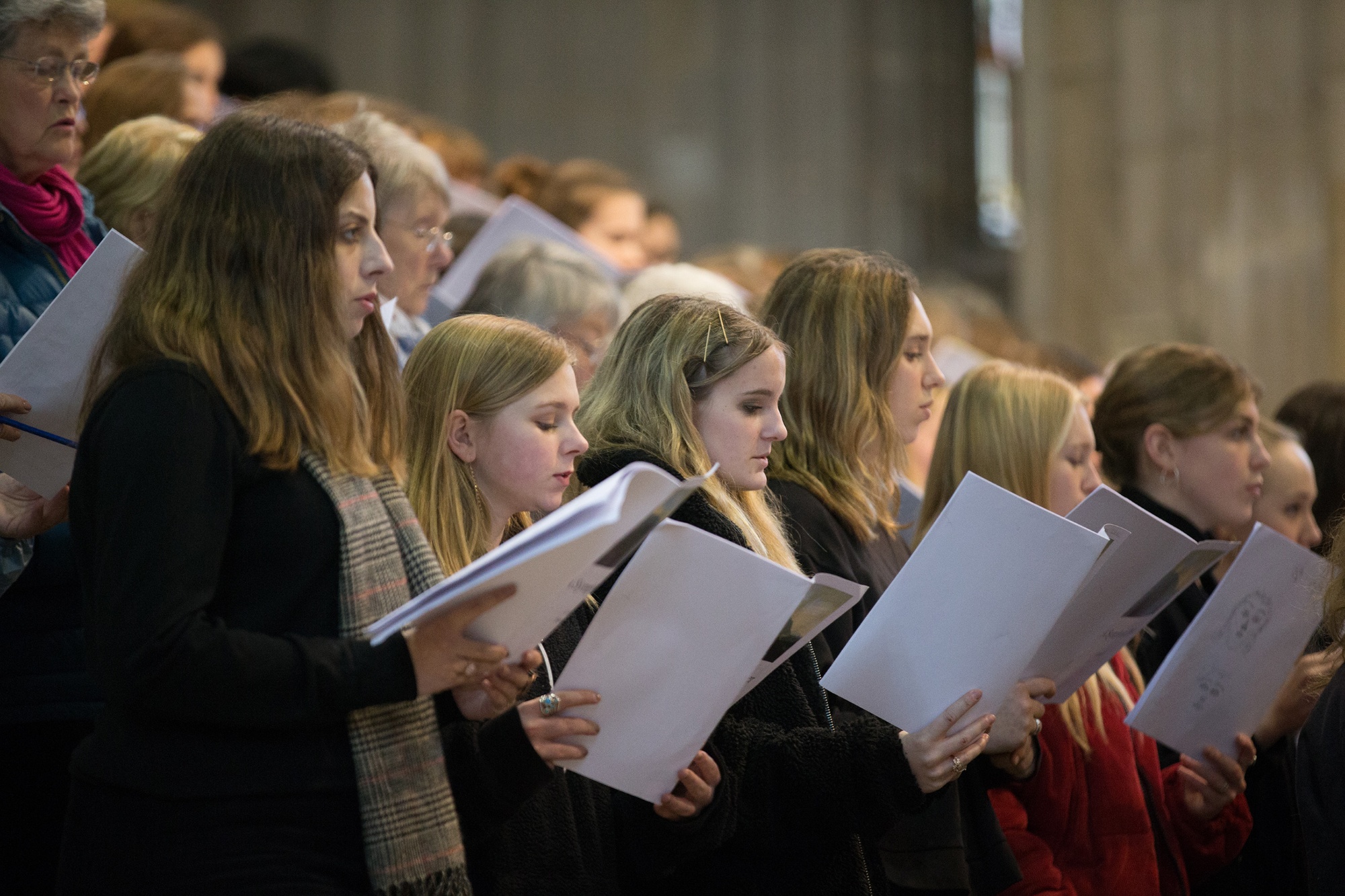 The professional orchestra, wonderfully led by Daphne Moody on the violin, was exceptional and captured each and every change of mood, conjuring up devils in the ‘Demons' Chorus’ and especially at the incredible point when Gerontius ‘sees’ God for a brief but explosive burst – the dramatic sforzando reverberating throughout the cathedral. The organ, expertly played by the experienced William Ings, added a weighty drama to the music.

It was, very sadly, the last large-scale Spring Choral Concert for Duncan Emerson; his energetic tuition and dedication will be greatly missed by all of us, but we wish him all the very best in his new life post-Bryanston. Congratulations to all the musicians for providing a truly memorable concert on a cold, wet March evening. 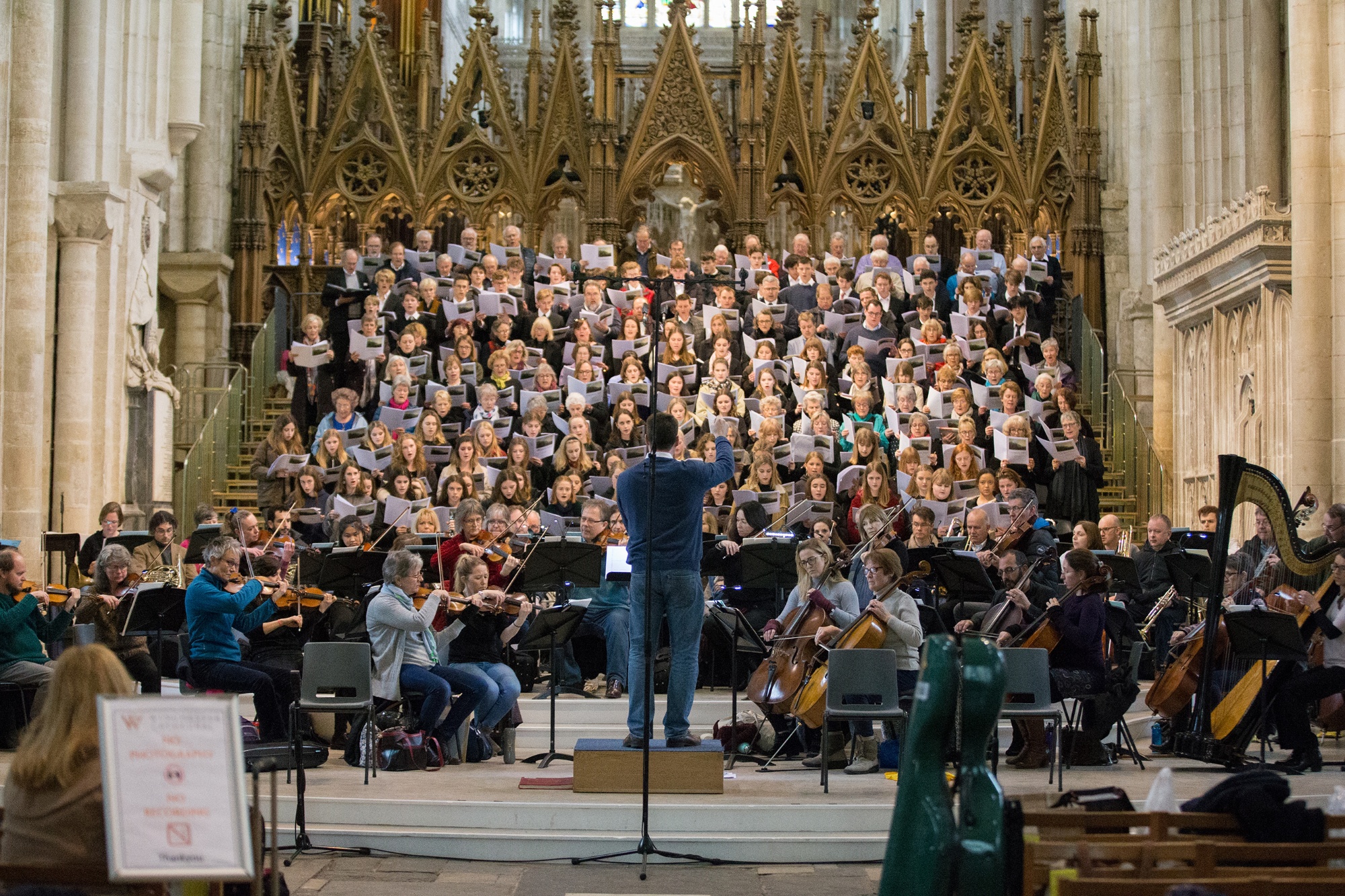