This week Bryanston geographers in D have been getting involved in WorldWise Week, which is organised by the Geographical Association to promote the awareness of geography in schools. 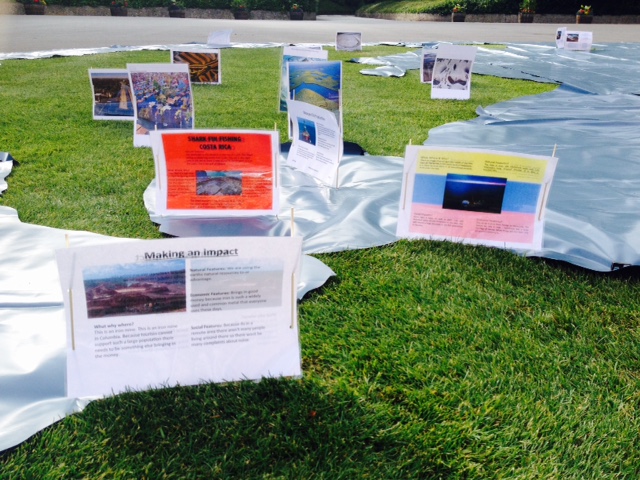 The theme this year is 'Making an impact' and we decided to create the globe on the lawn and populate it with photographs of man's impact on the planet.  We used Yann Arthus Bertrand's Earth from the air book and website as inspiration (http://yannarthusbertrand2.org) and also the photographs of Edward Burtynsky. (https://www.artsy.net/artist/edward-burtynsky/works).

Pupils researched photographs on themes ranging from agriculture and mining, to illegal hunting and urban development.  They then explained the geography of the photograph; what were the natural features in the photo, the economic and social issues, where was it, what was going on, why etc.?  Each class investigated a different continent and the photos have been laminated and staked out roughly where the country lies on the map.