During a time when social media is talked about daily in the news, Edrys Barkham, experienced tutor and former hsm, discusses the impact of these digital channels on children and offers some guidance on how to manage your child's screen time... 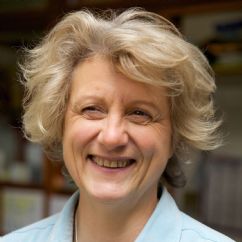 Our children are living in a time of radical social and technological change, and perhaps one of the most iconic symbols of this is the ‘selfie’. This is the image of ourselves that we present to the world using social media through our smart phones. Social media was designed to broaden and deepen connections between people, and make loneliness a thing of the past, but increasingly research is showing that it does the opposite and can actually make us feel more isolated and depressed the more time we spend using it.

Social media is having a major impact on how our children see themselves and live their lives and, as our adolescents are growing up better connected, there is a greater potential for them to be more depressed than previous generations.
Children who are ‘digital natives’ have always lived with social media, smart phones and electronic tablets. They have been called the ‘iGen’ by American psychologist, Jean Twenge, who considers them to be more compliant and less prepared for adulthood than any other generation. It was thought that access to social media and the world of information would make children grow up more quickly, but paradoxically it seems to be having the opposite effect and teenagers are in fact taking longer to grow up than ever before. This may be because they do not spend as much time with friends face-to-face as teens did 10 or 20 years ago. They are less likely to leave their home without their parents, meet up with friends or go to the shops or parties. They are less likely to do the things that adults do and children don’t: they are less likely to get their driving licence at 17 or 18 years, to drink alcohol, to have a paid job, or to have sex - childhood seems to have extended into adolescence.
There are benefits to growing up slowly and it has been a long-term trend in the Western world since the Victorian era. In evolutionary terms, a slow-life strategy for having fewer children means it is more likely that offspring survive because they can be nurtured more carefully, with a longer period for education. This means that children take longer to grow up because they are being more carefully protected for a longer and longer period of time.
How does social media affect sense of self?
Possibly the biggest negative effect of social media is that adolescents can spend even more time comparing themselves to increasing numbers of their peers. It is not surprising that our teenagers ‘see’ that their friends are leading more glamorous lives, having more fun and are better looking than they are. What they don’t seem to realise is that each photo displayed on their phones is carefully selected or even staged to present the perfect image. Their friends may have had a terrible day, but posted a picture of the one good thing that happened where they looked good and everyone around them looked happy. Social media is heavily curated so it doesn’t give anything like a real picture of other people’s lives, just the highlights of the good things. When adolescents believe that these images reflect real life then depression can develop as they aren’t able to reproduce this type of ‘reality’ in their own lives.
Despite there being a better understanding of how the brain works and greater insight into psychology than ever before, iGeners appear to be mentally fragile teenagers. They are the most physically safe and carefully protected generation, and they are exposed to fewer difficulties and they take fewer risks. And yet they report greater levels of anxiety, are more likely to self-harm and levels of depression are on the rise. Is there a connection, I wonder?
Increasingly schools are developing their social media policies to help their pupils understand how they negotiate the minefield of postings through their adolescence. Bryanston ensures that younger pupils have more controlled access to social media by limiting the times when they are allowed to use their electronic devices. Charging lockers ensure their phone and tablet are secure but inaccessible for most of the day and overnight. After classes, a wide range of activities mean that pupils have to talk to and work with each other face-to-face to solve problems and engage in the real world rather than virtual reality. As pupils get older they are given more access to their phones, but they also follow a programme of education about the benefits and dangers of social media. Social clubs, the café and house common rooms all give pupils the space to be with each other, to talk and to realise that no one really lives an ideal life.
The weekly opportunity to speak openly and on a one-to-one basis with their tutor is strongly valued by pupils, and in the annual Pupil Voice feedback they always tell us how much they appreciate the advice and direction they receive from their tutor. Mobiles are not acceptable in the classroom and staff are themselves encouraged to model responsible behaviour with their own mobile devices and talk to the pupils about sensible use of social media.
However, children often see their parents posting on Instagram and Facebook, modelling in effect the behaviour they want their children to avoid. Allowing children to binge watch YouTube or Netflix is a temptation for parents as it enables them to “get things done”. Children often have unfettered use of mobile phones in the car for a peaceful journey, or to keep them amused, so that parents can talk to their friends at social events.
There is no doubt that parents and schools have a role to play in teaching children how to use social media, but the aim must be for adolescents to learn to use it responsibly and to be more astute about what they see posted.
Here are some simple rules to introduce when you give your child their first mobile phone:
Tagged  Parenting  Pastoral Care  Digital Wellbeing